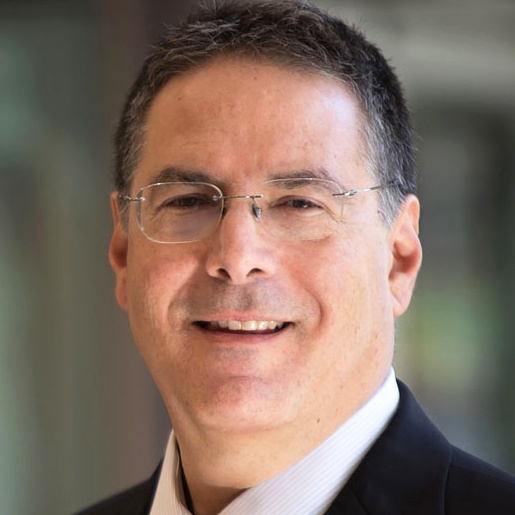 Eric Hollander
Professor, Albert Einstein College of Medicine
Sign up for Spectrum’s newsletters
Thanks for subscribing!
The Expert:

Cannabis remains illegal at the federal level in the United States, but most states have legalized it for medical use — including 14 states that have approved cannabis for autism. As prohibition slowly lifts, scientists and families in the autism community are increasingly turning to cannabis and its constituent compounds to try to ease autism-related difficulties such as seizures and irritability.

Many individuals with autism and their families report positive results and few, if any, side effects, but clinical trials are still in their early days.

Spectrum spoke to Eric Hollander, professor of psychiatry and behavioral sciences at Albert Einstein College of Medicine in New York City, about the current state of cannabis research for autism and why cannabinoids seem to help ease irritability, and symptoms of co-occurring conditions such as epilepsy, for autistic people.

Spectrum: Why is there interest in cannabis for autism?

Eric Hollander: There are two medications that are approved by the Food and Drug Administration (FDA) for children with autism who have significant disruptive behaviors or irritability: Risperdal (risperidone) and Abilify (aripiprazole). Those medications are helpful in reducing aggression, self-injury and autistic meltdowns.

The problem is their side effects. Children and adults can sometimes gain weight, putting them at risk for metabolic issues like type 2 diabetes. Other common side effects include motor issues and sedation. And not everybody responds to those treatments, so it’s good to develop alternatives.

Cannabinoids, specifically ‘phytocannabinoids’ that come from cannabis plants, may have fewer side effects than risperidone or aripiprazole. These compounds include THC [tetrahydrocannabinol, the psychoactive ingredient in marijuana], CBD [cannabidiol] and CBDV [cannabidivarin]. By contrast, the ‘endocannabinoids’ are naturally occurring compounds in the human body. These include anandamide and 2-arachidonoylglycerol, which bind to the cannabinoid-1 (CB1) and cannabinoid-2 (CB2) receptors in the brain and the immune system, where they can function as neuromodulators. The phytocannabinoid THC can bind to these receptors as well, affecting the second messenger systems like the MAPK and mTOR signaling pathways.

S: What do cannabis treatments seem to be able to do for people?

However, for the most part, there’s very little known about the medical use of cannabis. Legislation has gotten way ahead of the knowledge base and controlled clinical trials with these kinds of compounds for different conditions. There’s a need for more studies, both for efficacy and safety.

There’s just one CBD preparation, Epidiolex, that has been approved by the FDA for three different indications. These are rare genetic forms of epilepsy: Dravet syndrome, Lennox-Gastaut syndrome and tuberous sclerosis complex.

EH: These cannabinoid compounds seem to exert their effects in two different ways. One is that they can have pretty potent effects in regulating the brain’s excitation/inhibition balance, or E/I balance. Sometimes the brain can have too much excitation or a relative deficit in inhibition. If you have too much cortical excitation, and not enough inhibition, that can be expressed as seizures — epilepsy, for example. It can also be expressed as disruptive episodes such as meltowns, aggression or self-injury, or as compulsive or repetitive behaviors.

Cannabinoid compounds, including CBD and CBDV, a compound we’ve been studying carefully, seem to increase inhibition and decrease excitation, so they restore E/I balance.

Another mechanism of action for cannabinoids is in regulating immune-inflammatory pathways.

There are multiple compounds within cannabis, and we want to understand the impact of these different phytocannabinoids. To some extent, these cannabinoids may have reciprocal effects. So, THC may have different effects, for example, than CBD or CBDV. THC binds directly to the CB1 and CB2 receptors, whereas CBDV and CBD don’t — they bind to different receptors.

S: What evidence do we have that these compounds might work for autism?

EH: In animal models of autism, CBD and CBDV have actually shown benefits in reducing seizures, improving cognition, reducing appetite, improving social function and decreasing repetitive behaviors. This led us to an interest in studying these compounds in human studies of autism.

We’re currently conducting trials comparing CBDV with placebo in children and adolescents with autism who have a high level of irritability or disruptive behaviors — the subpopulation that might normally be treated with medicines like risperidone or aripiprazole. We’re studying this compound to see if it helps with the irritability measures without any of the metabolic side effects. We’re also looking to see whether we get an improvement in both the repetitive behaviors and rigidity measures, as well as in social-communication measures.

S: What are the barriers to bringing cannabis treatments for autism to the mainstream?

EH: There are a lot of barriers and regulatory challenges. You need to be able to provide to the FDA an investigator brochure that describes in detail information regarding the manufacturing process and purity and the stability of the compound. You need to get human subject approval with an institutional review board.

If compounds include THC, then you need to get approval from the Drug Enforcement Administration and from state regulators such as the Bureau of Narcotic Enforcement, in the case of New York.

You also need to have good outcome measures in clinical trials that are reliable and sensitive to change. That is a big issue in studies of autism, especially for outcome measures for repetitive behaviors and social communication. There’s definitely a need to develop biomarkers, which might be closer to the underlying genetic or molecular mechanisms than some of the behavioral measures, which are more distal or further away.

S: What should individuals and clinicians consider if they’re thinking about trying cannabis for autism?