Spotting the problems with ‘camouflaging’ in autism research 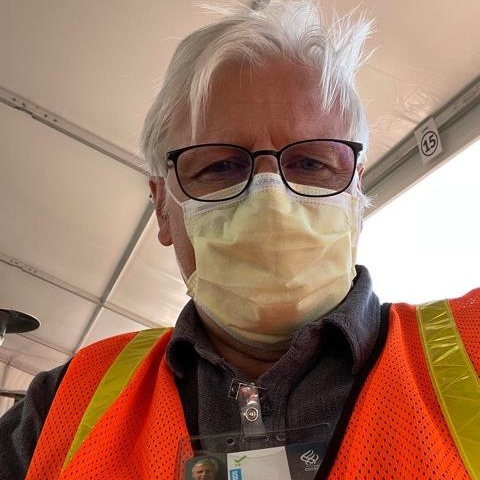 Eric Fombonne
Professor, Oregon Health and Science University
Sign up for Spectrum's newsletters
Thanks for subscribing!
The Expert:

Autistic people may feel pressure to fit in at work or at school, or they may pick up mannerisms to help them get by in a society that is not set up to accommodate them. Scientists and autistic people describe such thoughts and behaviors as ‘camouflaging.’

Over the past few years, research on camouflaging has expanded rapidly. Some autistic women, for example, have reported that they camouflage their autism so well that they did not receive a diagnosis until adulthood. And studies show these women have brain activity in regions associated with social interactions that more closely resembles that of their typical peers than that of other autistic women. Researchers have sought to quantify camouflaging as the mismatch between an autistic person’s self-reported autism traits and their traits as measured by the Autism Diagnostic Observation Schedule (ADOS). They have also suggested that more women camouflage than men do.

But some of this work is misguided, argues Eric Fombonne, director of autism research at the Institute on Development and Disability at Oregon Health and Science University in Portland. In an editorial last month in the Journal of Child Psychology and Psychiatry, he laid out the problems he sees with this burgeoning field of study1. He spoke with Spectrum about the catches with quantifying camouflaging, the potential overdiagnosis of autism in adults and the possibility that camouflaging is not unique to autism.

Spectrum: What is camouflaging?

Eric Fombonne: ‘Camouflaging’ is not very well defined in the literature. When you read the papers, it is sometimes defined as the feelings or subjective experiences that people who have autism have when they are in social situations. They feel that they want to hide their autism features to not be stigmatized or detected. Then researchers sometimes use ‘camouflaging’ to describe what these people do to actually improve their fit into a social situation and decrease their visibility as a distinct individual. This is where you have camouflaging become a repertoire of cognitive strategies or behaviors, which include ‘masking’ in particular.

Some individuals have repetitive movements, and they learn how to control them. They learn how to reduce behaviors which might signal that they have autism, and they also employ some compensation strategies. If someone doesn’t make eye contact easily, there are ways to give the impression to your interlocutor that you have better eye contact by looking in between their eyes, or at their nose. So it’s masking, compensating for that.

And then it’s also used to describe the situation of people who are so well adjusted in the work or social environment that you actually do not detect a difference between them and the group. That’s ‘camouflage’ defined not as a behavior, not as a subjective experience, but more as an endpoint. It’s also used sometimes to describe the cognitive processes by which people have engaged in camouflaging behavior.

S: What do you think is unclear about how people use the term ‘camouflaging’?

EF: One wish I have is that when I’m reading a paper, the authors define ‘camouflaging’ and the construct that they study in a clear way, up front. Tell me what you want to study, and tell me what you are not studying, when you say ‘camouflaging.’ Unless it is defined narrowly and specifically, it’s confusing. And once it is defined, the next critical issue is how it is measured and operationalized in a given study.

S: What are the problems with how researchers have attempted to study camouflaging?

EF: It’s an area where there have been essentially two approaches. One is what is called the discrepancy approach. They ask an autistic individual to complete a checklist, let’s say the Social Responsiveness Scale, giving a score of self-reported autism symptoms. Then they take the ADOS score that has been given by a professional, and that’s considered the ‘true’ autism score of this person — not self-reported but observed. They take the difference between the self-report and the external display, and they say this difference is a measure of camouflage.

Maybe it’s an okay approach, but this discrepancy between the high score here and the low score there does not necessarily mean that this person taking the ADOS was hiding or masking or compensating. You simply don’t know. You just cannot take that difference as an index of camouflage, unless you take specific steps to demonstrate that this difference of score is actually a measure of camouflaging — and this has never been done. They don’t do it. They just assume that the difference of score is a measure of camouflaging.

They say, well, it must be a meaningful index because it has correlations with other variables, sometimes external to the camouflaging context. But this is not the way science works. They should demonstrate that the difference in score has construct validity, that it is really a measure of camouflaging, and no study has ever done that.

Some people have used another approach to measure camouflage: They devised a questionnaire, called the CATQ, the Camouflaging Autistic Traits Questionnaire. I like this step. But the questionnaire was devised in a very unusual fashion. They interviewed people on the internet who volunteered for the study, and really they don’t know if they have autism or not. It is based on a poorly defined sample to start with.

And then, you look at the questions, I quote one in my editorial that says, “I am always concerned when I go in a public place, people are going to look at me and judge me.” This is typical of social anxiety. It has nothing to do with autism. The questionnaire is full of questions like this. Why do they not pick that up? It’s really concerning.

In none of these studies did they confirm that these people who answer the questionnaire really have autism. Many of them have a self-reported diagnosis.

S: Why does the term ‘camouflaging’ not necessarily apply to autistic adults in the way that people often use it?

EF: I see a number of adults who are diagnosed with autism, even though when you look at their developmental history, they didn’t have signs of autism.

A number of people have mental health difficulties in adulthood. And now some providers, family doctors or adult psychiatrists, have embraced the spectrum idea of autism, and it becomes very easy to say, “Well, yes, this person has always had relationship difficulties. She’s isolated, she doesn’t have many friends, she has social problems. She never really shows empathy for others. Okay, so that’s another flag. And then she’s obsessed with a number of things.” And bing, bing, bing, you can suddenly score the three domains of autism. They can be even more loosely scored on a self-completed diagnostic checklist sheet, and people overuse this diagnosis now.

Sometimes, a positive ADOS is used as ‘proof’ of autism. The diagnosis of autism is helped by ADOS testing, but it relies on the clinician to integrate all the information. Having a high ADOS score is in no way sufficient.

I’m pretty certain that a number of adults with an autism diagnosis, especially if it was given later in life, if it were reviewed with scrutiny, many of the diagnoses would not be confirmed. I found the same issue to apply to diagnosis in older children or teenagers with a mixed bag of problems referred late to our clinics.

S: How do other conditions confound the notion that camouflaging leads to delayed autism diagnoses?

EF: In a lot of these studies, they sent research assistants, young people just out of college, or in college, who have been doing like three days of training on the ADOS, and they’re administering the ADOS. They’re going to adults who are complicated people, and these adults score high, but that doesn’t mean that they have autism. There are studies showing that if you have schizophrenia or social anxiety or other things — conditions that emerge during teenage years or young adulthood — the likelihood that you will score high on the ADOS is very, very high, even in the absence of autism.

So what I mean is that adult diagnosis needs to be really taken seriously. When we meet an adult who may have autism, we need to have a lot of autism expertise, as well as psychopathology expertise, involved in the process of evaluation.

The other aspect is that we need to bring development into this adult assessment. You cannot diagnose autism without evidence that there has been a trajectory of developmental difficulties early on. It is necessary to bring in an evaluation of the early developmental trajectories and social interactions, communication and other peculiar behaviors, to solidify the diagnosis of autism in adults at later ages. That needs to be taken much more seriously than it is.

S: You argue that camouflaging behaviors are not specific to autism. What does this mean for our understanding of camouflaging among autistic people?

EF: I’m a psychiatrist, so I have treated adults and I know a number of adults who have chronic mental health conditions. When they feel better or they want to re-insert themselves into a more normal role when they are doing well, they want to not be seen as having mental health issues. A schizophrenic person who is looking for employment will be aware that when they have a little tremor due to medication, they must hide it. If they have a tendency to have facial expressions which are a bit fixated because it is a secondary effect of the neuroleptic, they will be conscious of that and try to accentuate their facial expressions to cover for that.

I’m short, so if I have the choice between two equivalent shoes, I tend to pick the one that has the highest heel. Likewise, overweight people may prefer black or dark clothing that ‘masks’ their body shape. It’s part of life. When I’m reading these camouflage studies, I think, ‘Well, yes, of course that may happen.’ It’s not specific to autism, I don’t think. I can see that in chronic psychiatric conditions and chronic medical conditions.

It’s maybe interesting to study, but I don’t see that as giving us some breakout understanding of mechanisms underlying the neuropsychology of autism. It’s more, for me, what’s happening down the road — the long-term consequences of autism and how people manage their autism in social adult life. If that is what it is, then let’s say it is that. And don’t say that camouflaging is a super-important domain of investigation, which it is not, unless you can define what about camouflaging is so unique to autism that it would be shedding a light or giving me a particular leverage to studying autism that I wouldn’t have otherwise. I don’t think there is any evidence that all this camouflaging investigation is novel in any conceptually substantive way.