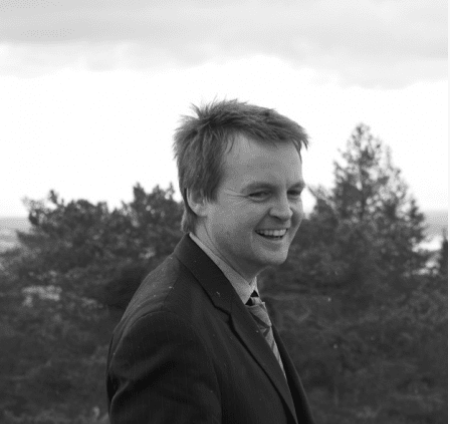 Jonathan Mill
Professor, University of Exeter, United Kingdom
Sign up for Spectrum’s newsletters
Thanks for subscribing!
The Expert:

Autism unfolds early in development, so it makes sense that to understand the condition, scientists would need to study it during that time period. But research with fetal brains poses formidable challenges, both logistical and ethical.

As a result, gene expression in fetal brains “is pretty much a black box,” says Jonathan Mill, professor of epigenetics at the University of Exeter in the United Kingdom.

Mill has spent the past few years shining light into that box.

He and his colleagues have mapped chemical, or epigenetic, tags on DNA, for example, and earlier this year began tracking the factors that mediate gene expression in utero1-4.

Mill talked to Spectrum about why information about how genes are expressed in the fetal brain is difficult yet crucial to obtain.

Spectrum: Why is it important to study gene expression in fetal brains?

Jonathan Mill: Investigating typical patterns of gene regulation in neurodevelopment may help us understand conditions such as autism. We know quite a lot about gene regulation in the adult brain but much less about it during development, in part because fetal tissue is relatively hard to access.

Most of the research on brain development has been done in rodent models, but there are many important differences between how a human and mouse brain develops. In particular, little is known about the regulation of human gene expression in the second half of pregnancy, and existing work is based on very few samples.

S: Why is access to fetal tissue such a challenge?

JM: There are important ethical limitations to working on fetal tissue, and the vast majority of samples used in research come from elective terminations. In the U.K., elective terminations are legal until just after 20 weeks postconception. Our samples from that period come from the Human Developmental Biology Resource.

After that time point, fetal brain tissue is harder to get. Our samples from later stages of pregnancy come through hospital pathology routes, where there are often underlying medical issues. As a result, this tissue is not necessarily optimal for characterizing typical patterns of gene expression. We plan to sequence those samples to rule out, or at least account for, any major confounding mutations.

It always gets me quite upset talking about this, but I feel that using such tissue for medical research is a positive outcome of an obviously very sad event.

S: What age range do the tissues span?

JM: The samples we plan to profile range from about 8 weeks postconception to birth. I actually think it would be interesting to also include samples from the first decade of life. Fetal development and early childhood together constitute a critical period for many aspects of brain development.

In planning this project, we made a pragmatic decision to focus on getting extensive data from a relatively small number of samples — 40 or 50, initially— rather than studying a larger number of samples superficially.

S: How do you plan to analyze the tissue?

JM: The project has four parts. The first is to take tissue from the cerebral cortex, purify populations of neurons and other cell types, and map a core set of epigenetic markers. We plan to look at modifications to DNA and to the proteins it coils around, which play an important role in the regulation of gene expression.

Second, our collaborator Shyam Prabhakar at the Genome Institute of Singapore aims to study a subset of those samples to profile patterns of expression in individual cells.

Third, we plan to use a technology called long-read sequencing to look for novel forms — or ‘isoforms’ — of genes expressed in the developing human brain. DNA sequencing typically relies on technology that reads a few hundred base pairs at a time, but new methods mean we can sequence an entire transcript in one go. This technology should let us see how often alternate forms of genes are expressed, without having to make assumptions about how the short reads piece together.

And finally, we are sequencing the complete genomes of the people in our study. If they have any rare autism variants, we should be able to see how these affect gene expression — and to get a sense of how genetic variation influences gene expression in early development.

S: What will you do with the data once you have it?

JM: We plan to release all the data publicly. One of our key goals is to generate a resource that people can use for their own analyses. So autism researchers will be able to take their genetic findings and map them onto annotations of gene regulation at key stages of development.

S: Do you have any results yet?

JM: We have made the most headway with the third aim. We have only sequenced a few samples, but the data are just amazing.

When the human genome was first sequenced, people were surprised that it contained only 20,000 genes. But it turns out that RNA produced from many genes can be assembled, or spliced, in many different ways to make different versions of each protein.

We have found evidence for considerable RNA splicing in the developing brain, and have identified many novel transcripts. We also see examples in which two adjacent genes get transcribed into a single RNA molecule, pointing to an additional layer of complexity to gene regulation. We see differences in splicing between fetal cortex and adult cortex, suggesting there is a developmental component to these complex patterns of regulation.

We don’t know what this all means yet, but it is going to be a lot of fun trying to figure it out.