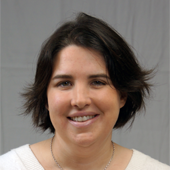 Alexandra Havdahl
Senior research associate, University of Bristol
Sign up for Spectrum’s newsletters
Thanks for subscribing!

After this story ran, we discovered that the writer, Ann Griswold, has a personal conflict of interest with the STAR Center at the University of California, San Francisco. Somer Bishop, who is quoted in the story, is affiliated with the center. We do not believe this alters the content or tone of the story. Nevertheless, we apologize for this oversight.

Sorting autism from other developmental conditions is no simple matter. Autism and attention deficit hyperactivity disorder (ADHD), for example, can be particularly tough to tell apart. And a new study suggests that even the gold-standard tests for diagnosing autism are not a foolproof solution to this problem1.

Some children with low intelligence or behavioral issues — but not autism — meet the cutoff for autism on these tests. The findings, published 27 September in the Journal of the American Academy of Child and Adolescent Psychiatry, highlight the limitations of the Autism Diagnostic Observation Schedule (ADOS), the Autism Diagnostic Interview-Revised (ADI-R) and the Social Responsiveness Scale (SRS).

We asked Somer Bishop and Alexandra Havdahl, the researchers who led the study, why these tests are not specific for autism and what this means for clinicians making the diagnosis.

Spectrum: What did you find in your study?

Many of the children without autism who had intellectual disability or significant behavioral problems, including those with ADHD or anxiety, scored above autism spectrum cutoffs on the SRS and ADI-R, which use parent reports to probe a child’s social skills and repetitive behaviors.

Behavioral issues also drive up scores on the ADOS, which is based on the observations of clinicians.

S: How can behavioral issues drive up the scores?

Somer Bishop: If a child is hitting you, screaming at you, too shy to talk to you, or running around knocking over furniture, that’s going to affect your ability to have successful social interactions with the child. These less successful social interactions are reflected in the test scores. This is true regardless of whether it’s a parent rating the interactions, as in the ADI-R and the SRS, or a clinician rating observations of the child, as in the ADOS.

We showed for the first time that a child without autism who shows severe behaviors during the ADOS is significantly more likely than other children without autism to meet autism spectrum cutoffs on that test.

S: What about low intelligence?

SB: We know that children who have low intelligence quotients (IQ) are much more likely than other children to have features of autism, such as social communication problems and restrictive or repetitive behaviors. The challenge is that you can have autism and low cognitive ability, or you can have autism features that are largely accounted for by the fact that you have low cognitive ability. For example, a child with a very low IQ might seem to have repetitive behaviors because he has not yet reached the stage of development where functional play skills are expected. Or he might seem to show limited interest in peers, but only because this skill hasn’t yet emerged — not because he has autism.

S: Could these findings change our understanding of autism in related conditions, such as fragile X syndrome?

Our findings force us to be careful about asserting that a certain percentage of children with a genetic syndrome meet the criteria for autism. We need to think about how scores on autism measures may mean something else in specific populations.

S: How should people interpret results from these tests in light of your findings?

AH: For clinicians, it’s a matter of being aware of these factors and taking them into account when interpreting test results. For researchers, one possible solution is to use scores that account for a child’s cognitive ability or behavioral issues. For example, researchers have created calibrated scores for the ADOS that do a better job of accounting for age and language ability than raw scores do.

S: Why is it important to understand these differences?

But also, if we’re researching the genetic causes of autism, it’s important to understand where those links really stand up and where they are less clear. We need clinicians and researchers to be aware that behavioral and cognitive factors can drive up the scores on autism tests, both in children who meet diagnostic criteria for autism and in those who do not. They need to think about scores in the context of various types of difficulties an individual has.

Basic scientists might not have the clinical training to consider other factors at play. So the temptation is to take the scores at face value.

We just want people to use tools as tools, and not as a replacement for thinking about a whole person.