Q&A with Richard Bethlehem: What goes into a Brainhack 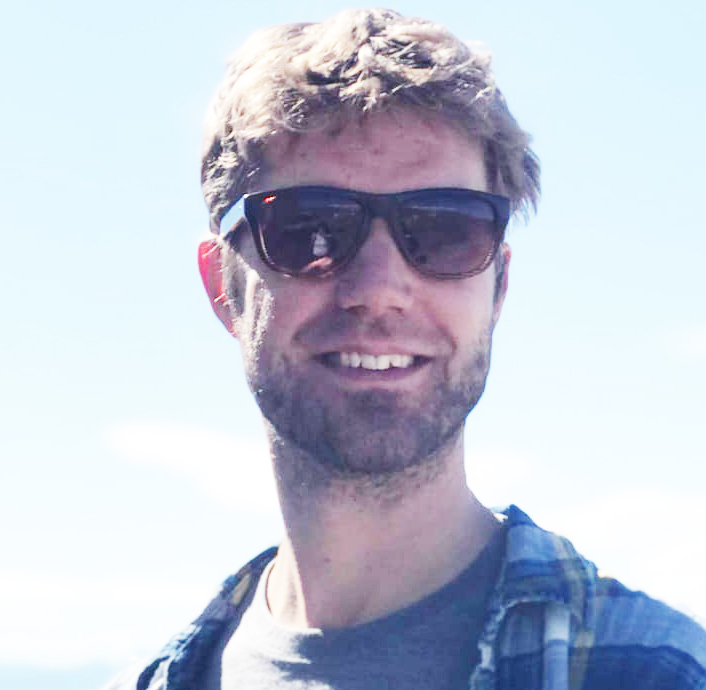 Richard Bethlehem
Research associate, University of Cambridge
Sign up for Spectrum's newsletters
Thanks for subscribing!
The Expert:

For the past nine years, Brainhack events have merged ‘hackathon’-style group projects with informative talks and hands-on tutorials in neuroscience. Several are held each year in cities across the Americas, Europe, Asia and Australia.

Before the pandemic, 25 or 30 people — both academics and non-academics — attended each event in person, with additional people joining by Slack and Zoom. On the first day of a Brainhack, attendees form small teams. They spend the next few days together working on a group neuroscience research project. Talks take place throughout the events and are also streamed live on YouTube. Teams write up and share their results at the end, and make their tools openly available to other researchers.

A new report in Neuron explains the Brainhack model. Spectrum spoke to one of the report’s authors, Richard Bethlehem, research associate in neuroscience at the University of Cambridge’s Autism Research Centre in the United Kingdom, about how these events differ from traditional conferences, what open-source tools have emerged from them and the possible benefits for autism researchers.

This interview has been edited.

Spectrum: How do Brainhacks differ from traditional conferences?

Richard Bethlehem: Brainhacks are usually small. That makes it easy to walk around and get to know each other. They’re more informal. Brainhacks have a structured program, but there’s also a lot of flexibility built in for people to voice their ideas and work with others to build those ideas.

Also, Brainhack conferences do not have a hierarchy. There’s not a sense of “These are the senior people that are in charge, and these are the junior people that follow the rest.” Everyone is at the same level, so there’s more of a collaborative spirit.

Brainhacks are also hands-on. Everyone spends three days working on a project or learning a new skill, such as computer programming in Python or how to interpret fMRI data. So you’re not just sitting there passively listening to other people talk about their research. Brainhacks are kind of an odd mix between a hackathon and a conference — although hackathons tend to be competitive whereas Brainhacks emphasize collaboration. In a lot of cases, people come to a Brainhack just to learn a new skill and work on project ideas that they don’t have time for in their normal stream of work. We are regularly updating a digital book, where we explain more about how Brainhacks work.

RB: It varies a bit every time. On the first day, people pitch project ideas and then everyone forms into project groups. At each Brainhack, at least the ones we’ve organized in Cambridge, we also ask people with specific skills to give tutorials on topics that conference participants want to learn about. We put up a project board at the beginning of the event. People stick Post-it notes to that board, explaining what skills they have. It’s basically, “Hey, if you want to learn more about this, come talk to me about it.” Everyone brings something to the table, and Brainhacks often have mathematicians, computer scientists, musicians and people from other disciplines.

S: How did these conferences begin?

The first Global Brainhack was in 2016. For that event, we had 35 or so local events that happened around the world simultaneously, and we linked up each meeting through Slack and livestreamed the talks on YouTube. It really feels like a real-time collaboration with people.

S: Do you have any particularly fond memories from a Brainhack event?

RB: The first Brainhack that I went to was in Paris in 2015. I was visiting a collaborator in the city and went without knowing what to expect. After listening to the project pitches, I joined a project that involved translating a neuroscience toolbox from JavaScript into Python. My job was to test little code snippets and make sure that they worked. At the time, I was trying to learn Python, and I learned a lot at that event. I still use Python today. But more importantly, I’m still friends with the people that I collaborated with at that first Brainhack. We’re in regular touch about other projects.

S: Tell me about a tool that you developed at one of these events.

RB: At the Global Brainhack in 2016, I worked with a team at Cambridge on a project that aimed to quantify brain connectivity using functional magnetic resonance imaging scans. We used something called gradient analysis to study how the brains of autistic people are functionally organized. We had been discussing it for a year or so before the conference, but everyone had their own projects going on, so we never really had the time to sit down and work it out.

During the three days of the Brainhack, we got a team together, built the tool and tested it on an autism neuroimaging dataset that was available online. We wondered whether in the context of autism, sensory modalities in the brain might be a bit closer to other cognitive domains. After three days, we didn’t find clear results, but we had hints that there might be something there. We wrote up our findings as a short report, but none of us had time to help this tool blossom into a full research project. The project sat for a year.

Then a group in Montreal picked up our idea and continued working on it. They invited our Brainhack team to consult and collaborate on the project, and to this day this is one of my closest collaborations. What began as a little, niche idea grew into a meaningful long-term project.

S: What can other autism researchers gain from Brainhacks?

RB: There are two sides to that question. To some extent, I think they’re an amazing platform for researchers who might be on the spectrum themselves, because these events are free-flowing. There are no rigid academic structures, so I think there is more diversity within the Brainhack community for both academics and non-academics to share and work on their ideas. We’ve had artists and musicians attend Brainhacks.

The other side, I’d say, is the projects that come out of these Brainhacks. From my personal experience, I have a lot of ideas that don’t fit into my regular research projects because they’re too high risk or not translational enough. Brainhacks are great for working on those other ideas. Anything that comes out of Brainhack is also open and accessible to the public, so we are really trying to make research more transparent, including for any autism tools that might start at one of these events.

RB: Everything was remote during the pandemic, but now there are plans to start forming in-person events again. Since the first Global Brainhack, we’ve had engagement from people that weren’t physically at these events, because we try to stream everything. We also make heavy use of Mattermost, Slack, Zoom, Google Hangouts and YouTube. Going forward, I think that this hybrid model is going to continue. But in-person Brainhacks will remain small. A large meeting could take away from the hands-on, collaborative element of these events, potentially.