Open science in autism research: A chat with Amy Pearson and Daniel Poole 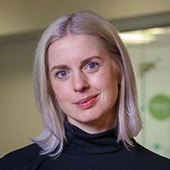 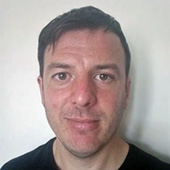 Daniel Poole
Research fellow, University of Sheffield
Sign up for Spectrum’s newsletters
Thanks for subscribing!
The Experts:

For more than a decade, open research has garnered broad support from the scientific community, including autism researchers. But few in the field regularly use established open science methods.

To help remedy this problem, a team of autism researchers in the United Kingdom shared some practical tips in an editorial published this month in Autism. Those tips grew out of an online workshop in 2021 that, in turn, sprung from a 2020 petition to facilitate transparency in the publication process, launched by editorial co-author Hannah Hobson, lecturer in psychology at the University of York. The group also has a website — called Open Autism Research — with resources for lab discussions and a link to an in-progress directory of open science autism researchers.

Spectrum spoke with two of the editorial’s co-authors about the current push for open autism science while Hobson is on leave. Daniel Poole, psychology research fellow at the University of Sheffield, and Amy Pearson, senior lecturer in psychology at the University of Sunderland, shared their thoughts about the challenges to implementing open science in the field and how to surmount them.

Spectrum: What is open research?

Daniel Poole: Open research refers to a set of different techniques and methods, which are centered around improving reliability and transparency, making it more clear how we arrived at the conclusions we did so that others can check it.

S: Why is there a push for open science?

Amy Pearson: There have been issues, particularly in psychology, over the years where research that was widely accepted was found to replicate poorly. There’s been a drive to try to create more rigorous approaches to conducting research, developing theories and testing those theories.

S: What are some examples of open research methods that could apply to the autism field?

DP: There are different forms of what is called ‘pre-registration’: A researcher says what they are going to do before running a study. Ideally, this would be a sort of checklist of the planning methods and analysis that they are going to run. The gold standard now is what is called a ‘registered report.’ The pre-registration document is peer-reviewed and the work is accepted for publication before the research is conducted.

Another example is the use of open materials and sharing resources that are used in research. The researchers can see whether they are able to run the same analysis as the study authors. And there are additional benefits to sharing data: You can collect a large amount of data on autistic people and another researcher may be able to use that data without requiring autistic people to come in again to participate in a whole load of additional studies.

S: What are some of the challenges that have prevented a widespread embrace of open science in autism research?

AP: One is training; a lot of open science practice relies upon learning how to use and implement the methods — things such as learning different forms of data analysis or how to organize a code to make it accessible to someone else. A lot of researchers struggle with finding time to do that.

It’s also a challenge on the publishing side. There is quite a limited number of journals set up to receive the registered reports. Most autism journals don’t have the ability to do that right now.

AP: A lot of the focus in open science has been around replication. That isn’t necessarily the goal for qualitative research. But I think there is space within the discussion around open science to talk about what we can do to share good practices in terms of research policies, even though we might not expect to find the same set of results every time we do something in qualitative research. We can be more transparent about the position we’re coming from: how we organized, coded and analyzed the data.

S: How do you plan to address participants’ concerns over data sharing?

AP: My research looks at autistic masking and experiences of interpersonal victimization and stigma. I am transparent about our approach, telling participants the kind of data that will be available, and that any identifying data will be removed.

With the nature of our specific project and the things that we’re looking at, I wouldn’t feel comfortable with anyone just being able to access the data. We’ve also talked with the people who maintain the data in the U.K. data-sharing service about the different levels of access you can have to a dataset. We are setting ours so that if someone wants to request the data, they have to get in touch with us.

S: What are the next steps to move open science in autism research forward?

DP: Right now progress is on hold a bit because Hannah Hobson and Cathy Manning, another leader of the project and an autism researcher, are on leave. But one of the hopes is that the website on open autism research will become a go-to space for information and resources. I am also thinking about the adoption of registered reports in autism journals.