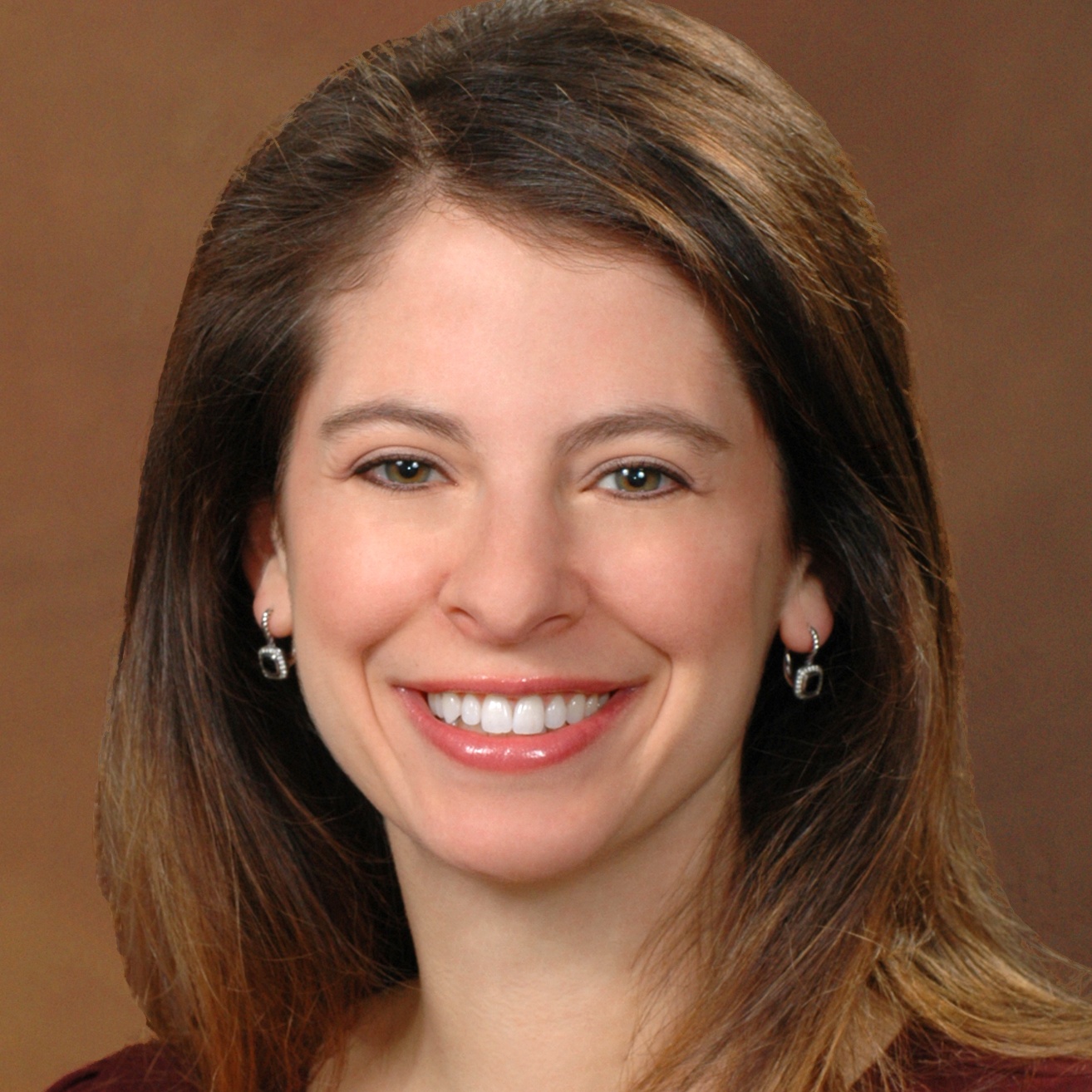 Emily Kuschner
Assistant professor , University of Pennsylvania
Sign up for Spectrum’s newsletters
Thanks for subscribing! 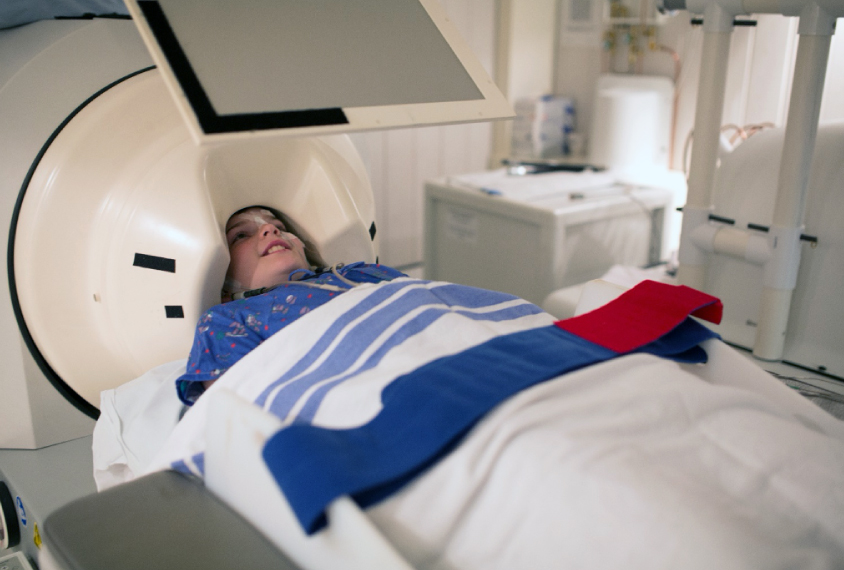 All access: A new protocol can ease scanning for autistic children who are minimally verbal or have intellectual disability.

Courtesy of Emily Kuschner
The Expert:

Many autism researchers use neuroimaging techniques to better understand how the brain differs between autistic and non-autistic people. But much of that work excludes autistic people who are minimally verbal or have intellectual disability — largely because researchers have assumed scanning such individuals would too difficult, says Emily Kuschner, assistant professor of psychology in psychiatry at the University of Pennsylvania in Philadelphia.

“That’s 30 to 40 percent of the population not being represented in neuroscience findings,” Kuschner says.

Some autistic children with limited verbal or cognitive abilities may have trouble following directions about scanning or lying still for long periods of time, for example. So Kuschner designed a protocol to help researchers using magnetoencephalography (MEG) ease the experience for these children.

Researchers often turn to MEG, which captures the brain’s electrical activity using magnets, to study how the brain responds to sound. Some research hints that delays in such responses could contribute to speech and language difficulties in some people with autism. But without the ability to study these responses in autistic people who are minimally verbal or have intellectual disability, whether those findings apply to them has been unclear.

MEG is also increasingly being used to study face processing, social cognition and motor function, Kuschner says. And researchers may be able to use the new scanning approach she developed with other imaging techniques, such as electroencephalography (EEG) and magnetic resonance imaging (MRI).

Kuschner talked to Spectrum about how she and her team designed the protocol and how it will help researchers include more autistic people in imaging studies.

Spectrum: What motivated you to develop this new protocol?

Emily Kuschner: Studies have excluded a large portion of children on the spectrum who have limited language or intellectual disability. From a social-justice, ethical perspective, it is an inequity we really wanted to address. It also limits the generalizability of results.

Our lab has found that kids on the spectrum who have mild language impairment show delays in processing auditory tones. But we had never looked at children with an [intelligence quotient] below 70 or with more severe language impairments. Do they have a further delay or is something different happening in the brain? We knew that needed to be the next step in our research. But we also knew that we needed to bolster how we prepare for and execute visits with these children and their families.

S: How does MEG differ from MRI or other kinds of imaging?

EK: What I like to say to families is that it’s somewhere in between the physical structure of an MRI and an EEG. Your head is in a machine, but not the rest of your body — which allows you to have a little more freedom with body movement.

The other benefit of MEG is that children and adults can be scanned while lying down or sitting up. In a pilot study, we found that this population of children in particular was just really nervous about lying down. Now we ask them or their parents their preference up front. So it gives you some really nice flexibility, which you don’t get with an MRI.

S: What was your process like for developing and testing the protocol?

EK: We took a collaborative approach with our families. We brought in parents or individuals on the spectrum who have intellectual disability or are minimally verbal or nonverbal, as well as some professionals and providers who work with that group of children. We did something called “walking interviews.” We would meet them in the garage at the hospital and then walk through every step of the process. And at each step we would ask them questions like, “What do you think about this aspect of the process? What would go well? What might be challenging?” We used that feedback to develop our protocol.

S: What are the steps of the protocol?

EK: The protocol is executed in three phases: an assessment phase, a plan and preparation phase, and then the MEG visit. At each stage, we get to know the child and the family better and can tailor exactly what’s going to happen at the MEG visit.

We start by having a behavior specialist call the family and get to know more about their child. What are their likes and dislikes? What are their triggers or any challenging behaviors that might be present? How do you respond to them in these situations? What are the best communication strategies to use?

We also give the families something we call practice plans, which describe the scan process and include personalized exercises for families to practice at home.

And then at the visit, we actively desensitize and help kids adjust to the environment. We do a lot of individual tailoring. There are many differential reinforcement strategies that we can use, figuring out what makes kids tick, what motivates them. If they’re a kid who has an obsession with elevators, we’re going to show them a video of elevators while they’re in the MEG, and maybe we’re going to use the elevators down the hall as rewards on breaks. Or maybe we’re going to avoid those elevators, if they’re going to be too distracting. You really try to understand who the child is.

On the technical side, the task in the MEG machine is passive, so the children are not making an active response. They can watch a video, with the sound off, while they’re listening to the tone. And everything is brief, so that you can have usable data in under 20 minutes.

On the clinical and behavioral side, a really key factor is to connect with parents and providers as partners in the process. They attend the scan with the child and help us every step of the way.

S: Is this approach more time-intensive than a usual scan?

EK: We budget three hours for the visit, which is a little bit longer than our usual slots. For the most part, each step we take is part of our process for any other imaging visit. We’re just more in depth and leave more time for whatever support is needed.

S: Do you think this could work for studies in which you need the children to be more actively engaged?

EK: I think the protocol will still apply. You need to make sure that your instructions are aligned with the child’s cognitive and language performance. Some of what we found to be really successful is that if they are a kid who is captivated by a screen, if we could just get their favorite movie or their favorite video on that screen and get them engaged in it, the other pieces were a bit easier. Depending on what active task you’re asking them to do, it’s a different kind of demand than “Hey, just sit here and look at your favorite video.” I don’t think it’s impossible. You just have to try to align your tasks with what the child is capable of and what they’re going to be interested in.

S: Is there a specific age group for which this approach works best?

EK: I think it can be widely used. We’ve adapted it for preschoolers and infants, and the same concepts all apply in terms of preparing and desensitizing. When you have younger children or children who have more limited performance in the language and cognitive areas, in some ways you’re desensitizing the parent as much, or more than, the child because they’re really your partner in the process.

S: What are your next steps for refining and disseminating the protocol?

EK: We’re happy to share all of our materials as a template for people to adapt for their own environments and technologies. Our next step is to figure out if we can predict how we need to personalize and tailor our protocol. Is there further screening we can do ahead of time to understand who is going to need which type of support? Where are we going to need to spend more time preparing this particular child? And can we get any better at predicting who is going to be successful when they reach the lab?

S: What response did you get from families about the experience?

EK: A lot of these families have always been excluded from research in the past. Their child had an intellectual disability diagnosis or an intelligence quotient under an eligibility cutoff, and so they just were never involved. They never got to come in and participate in research. Mostly, they were just excited to be there and wanting to contribute. They were happy to be part of the process and gain a little more information about their child during the evaluation.