Inside a summer camp for autistic children in Russia 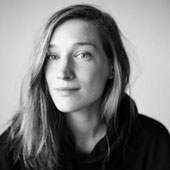 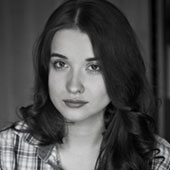 Svetlana Bulatova
Photographer
Sign up for Spectrum's newsletters
Thanks for subscribing! 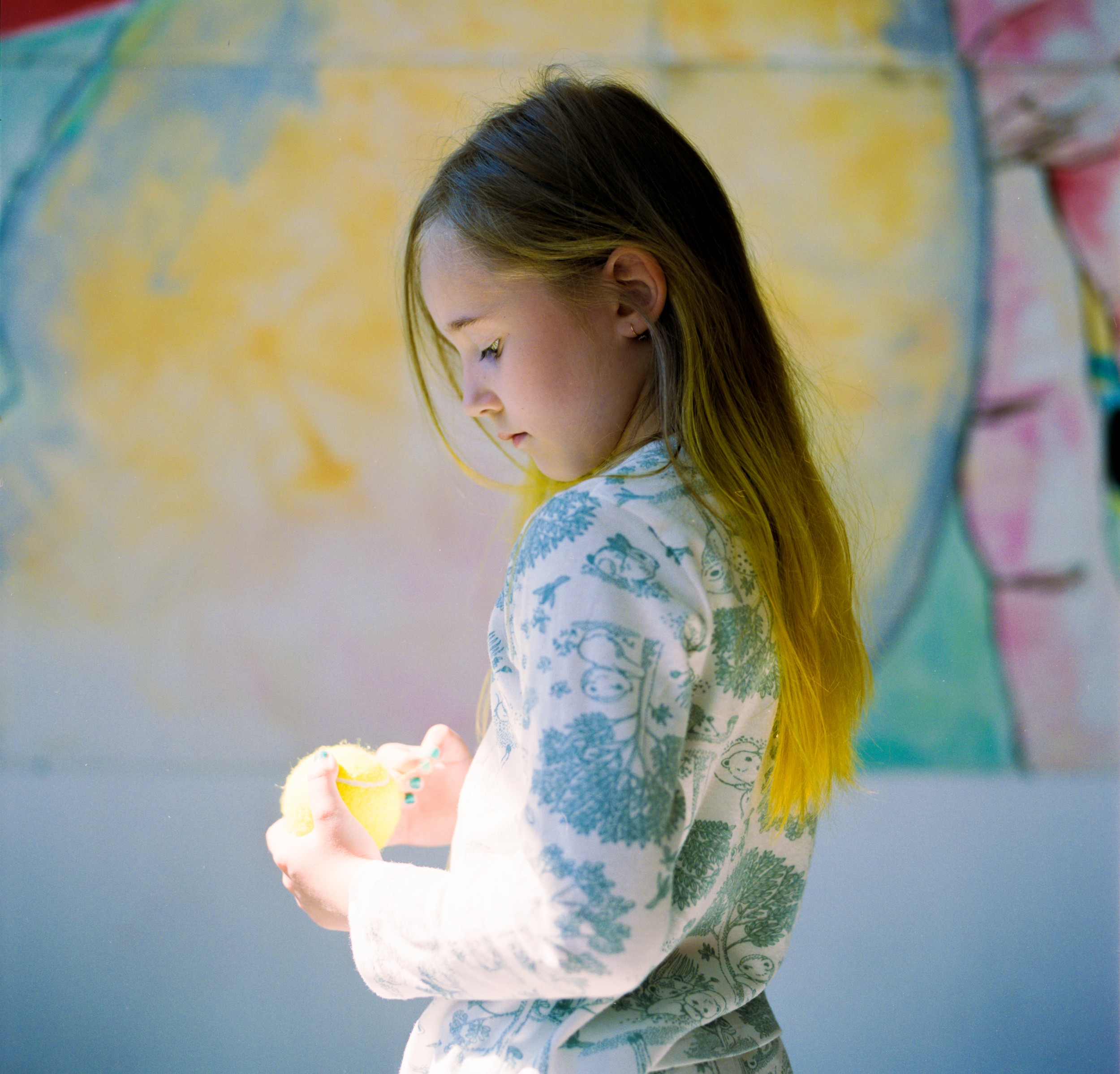 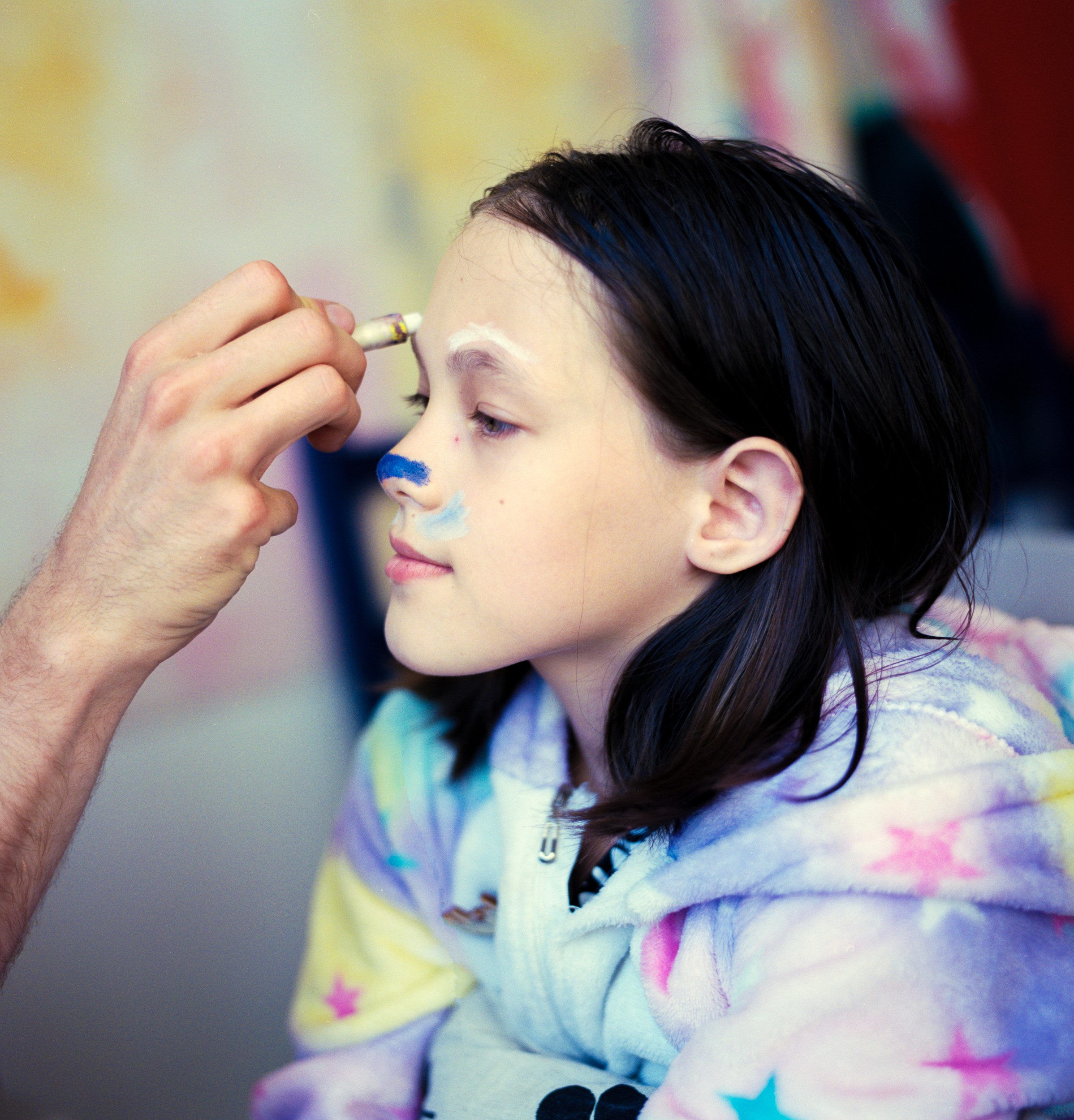 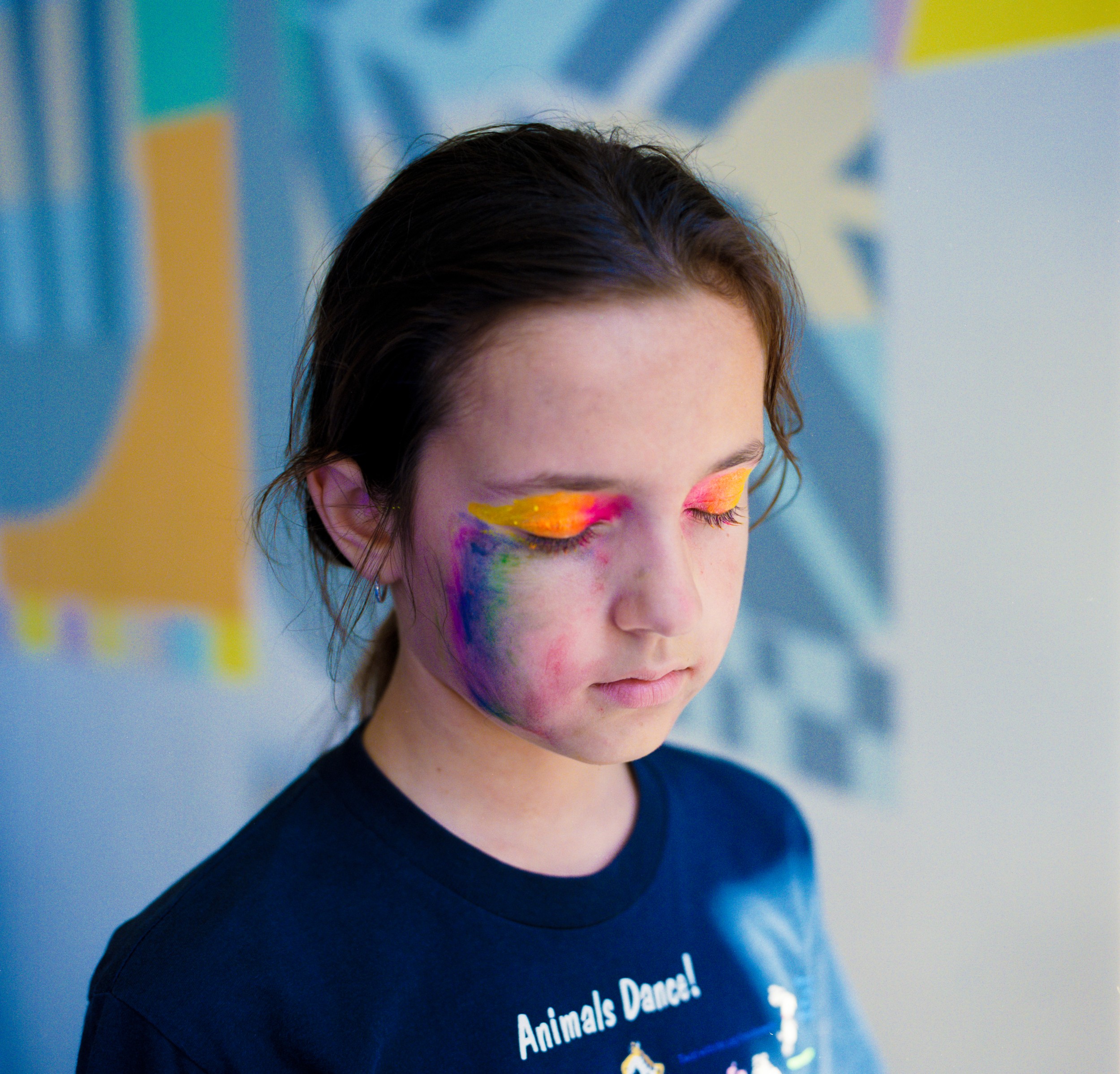 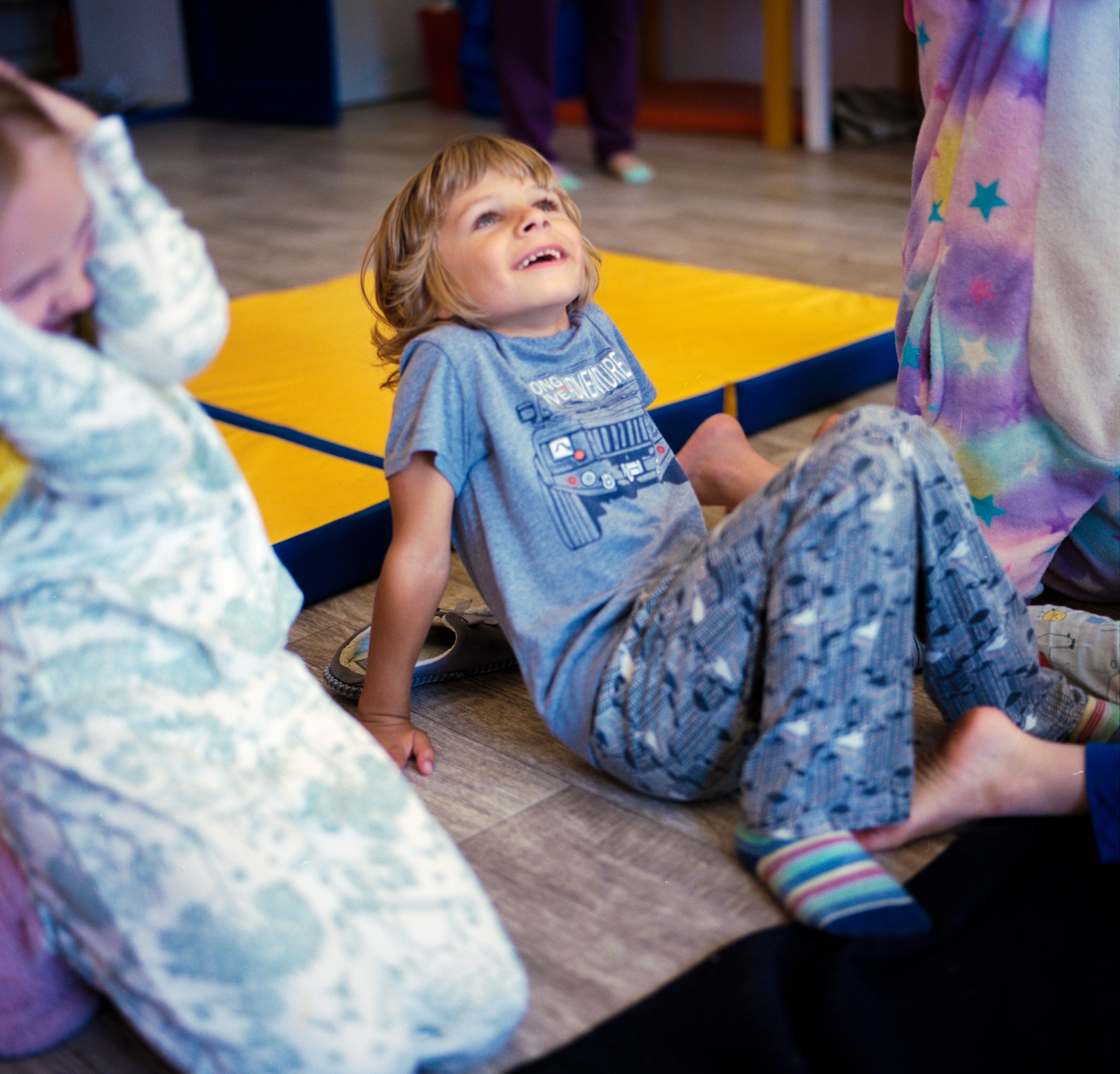 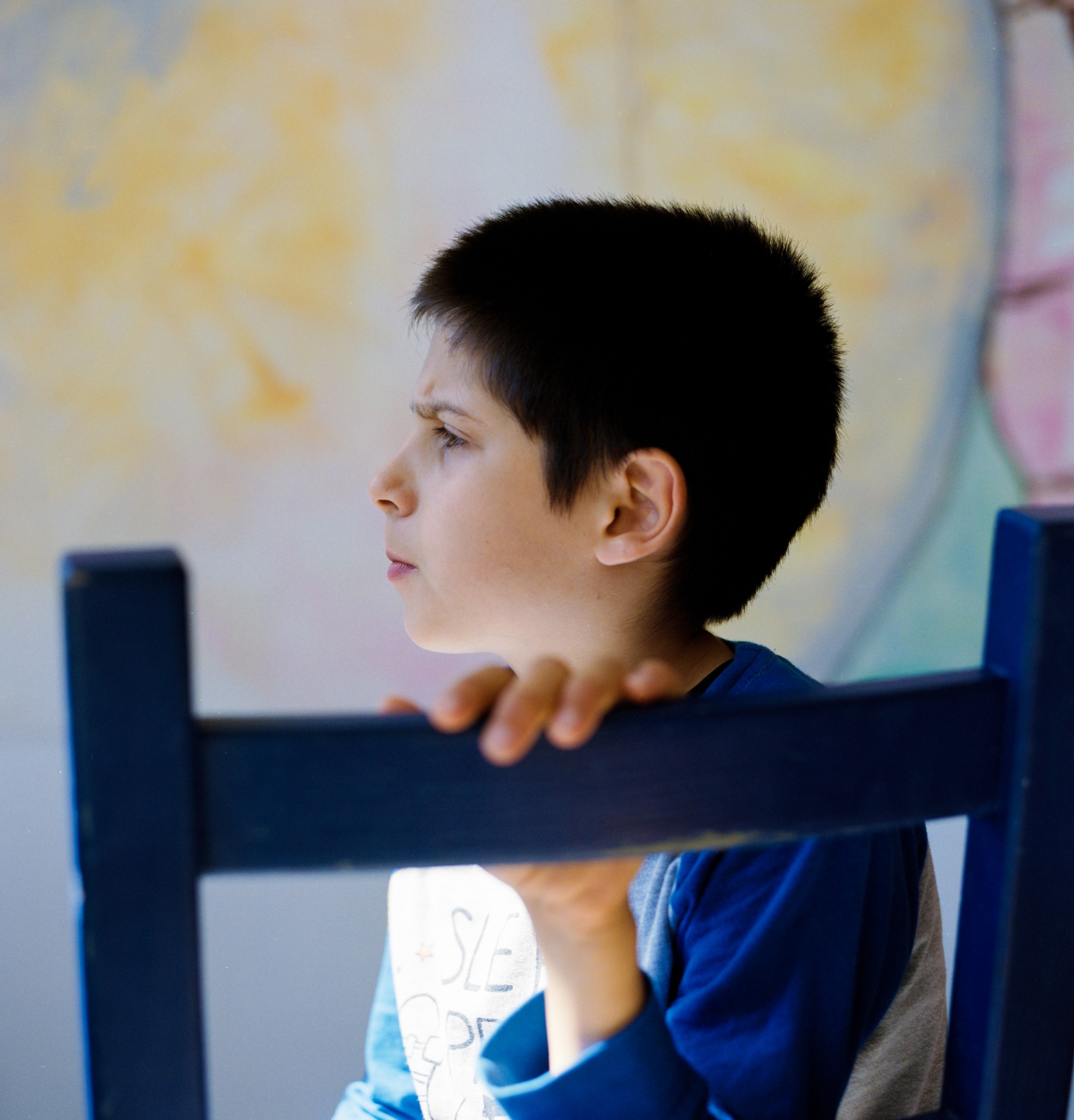 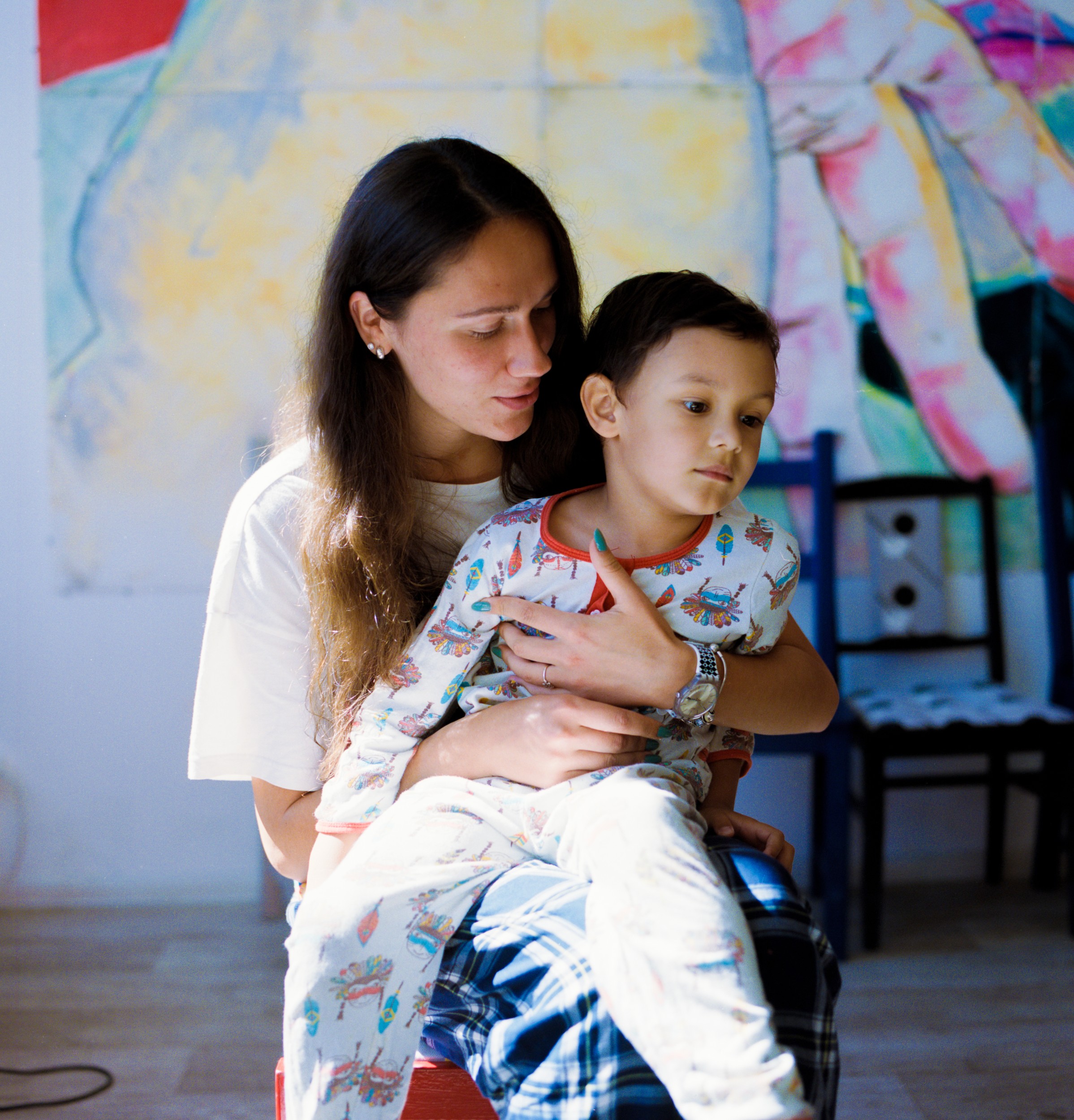 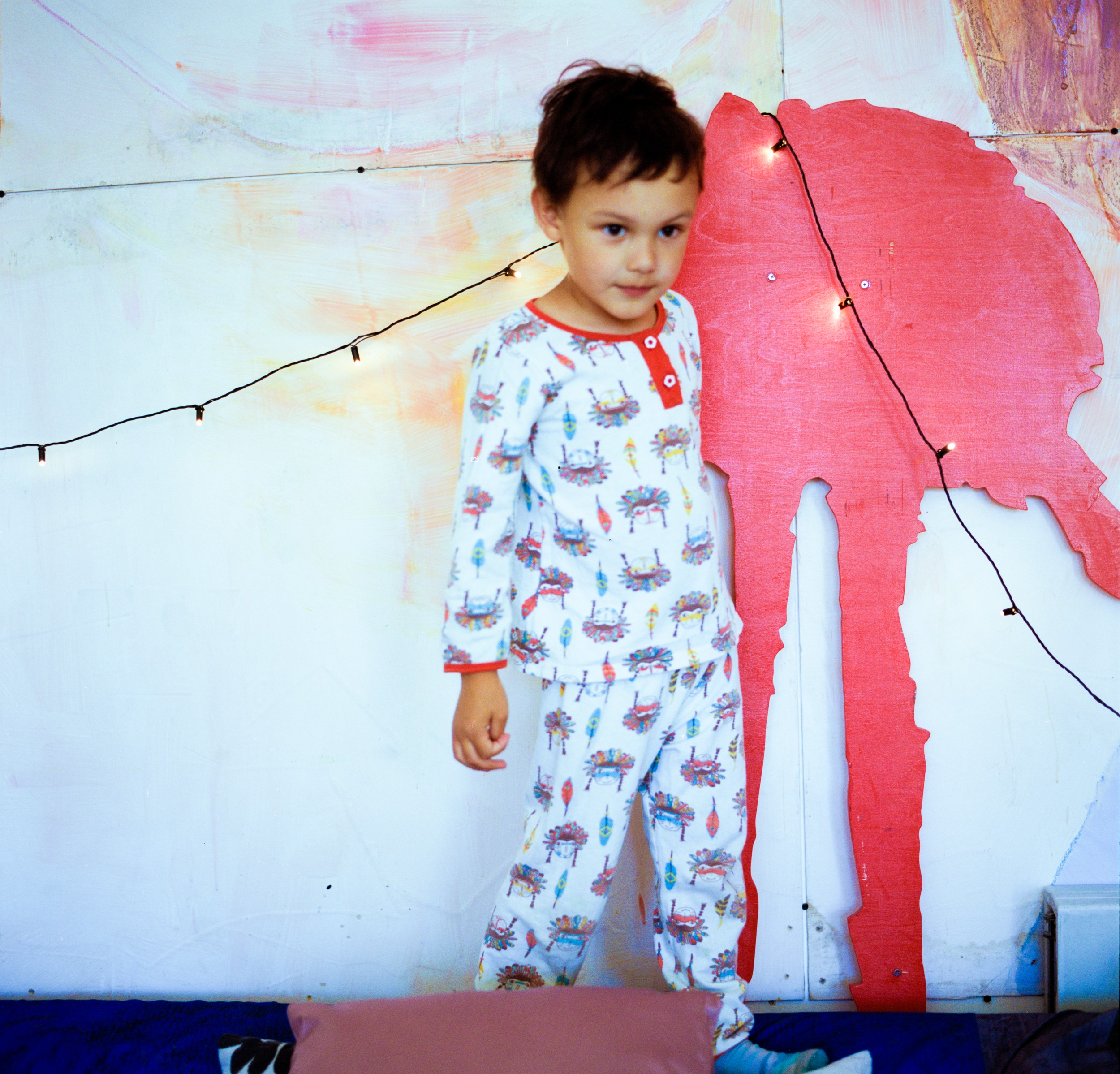 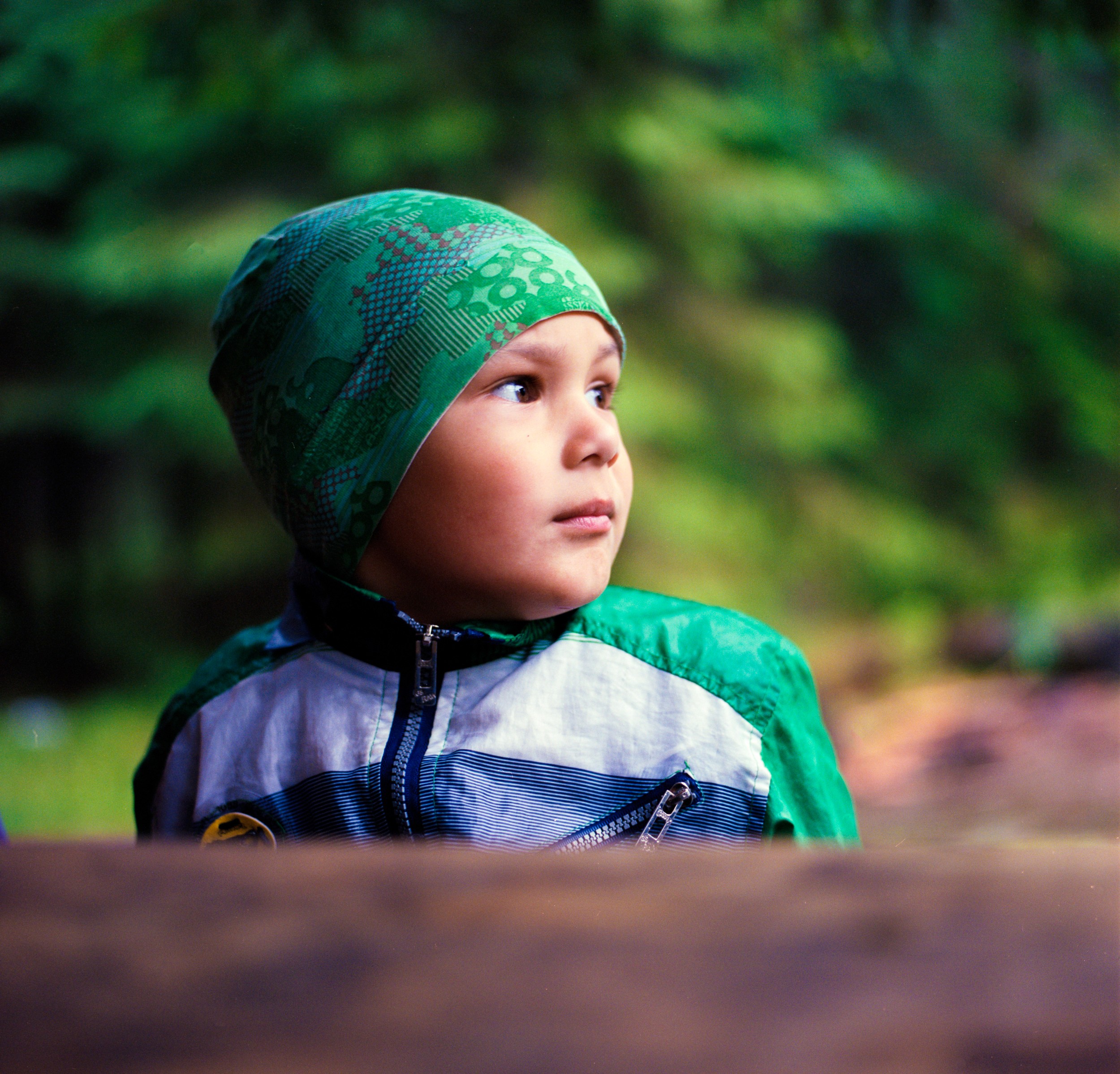 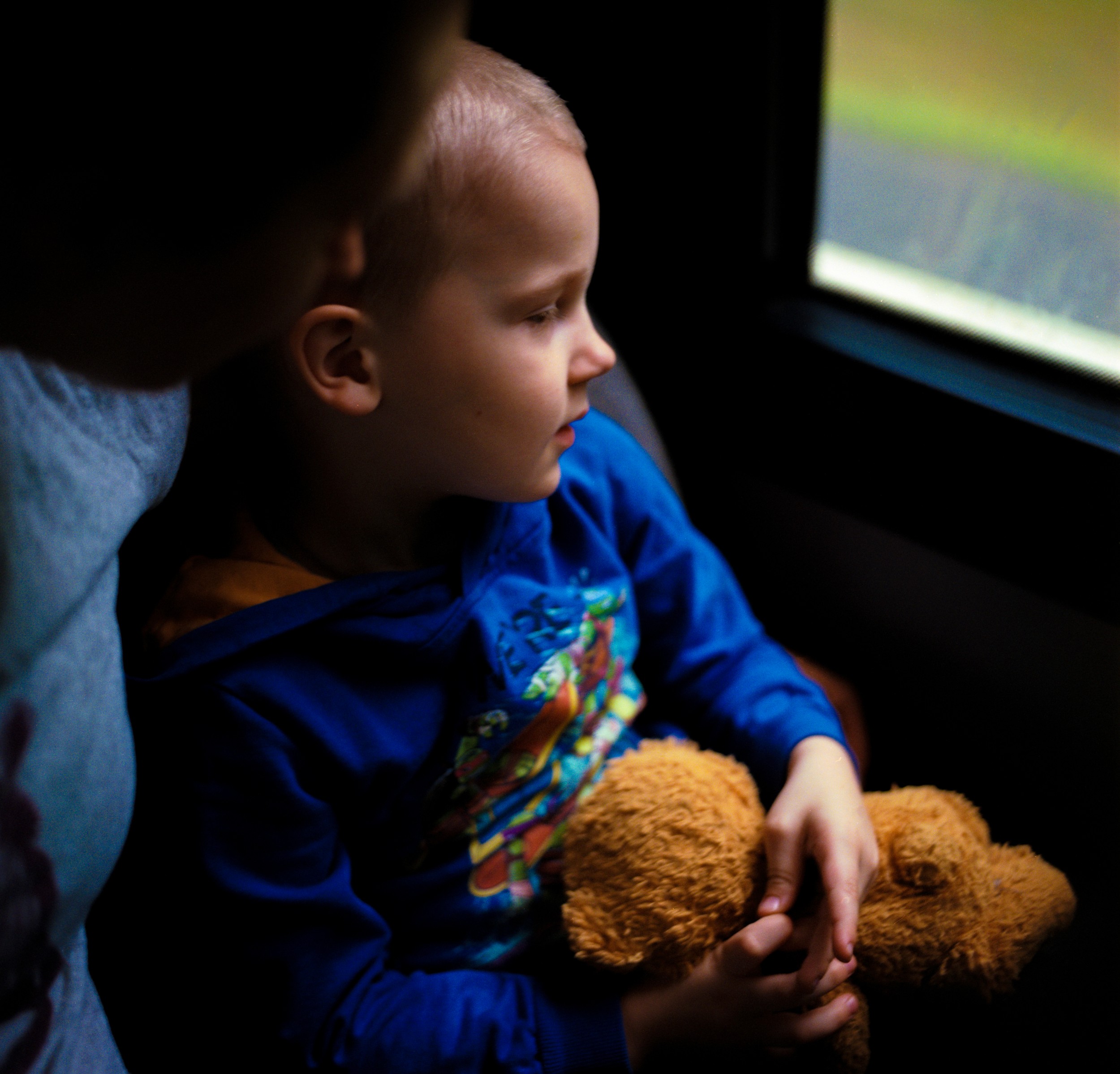 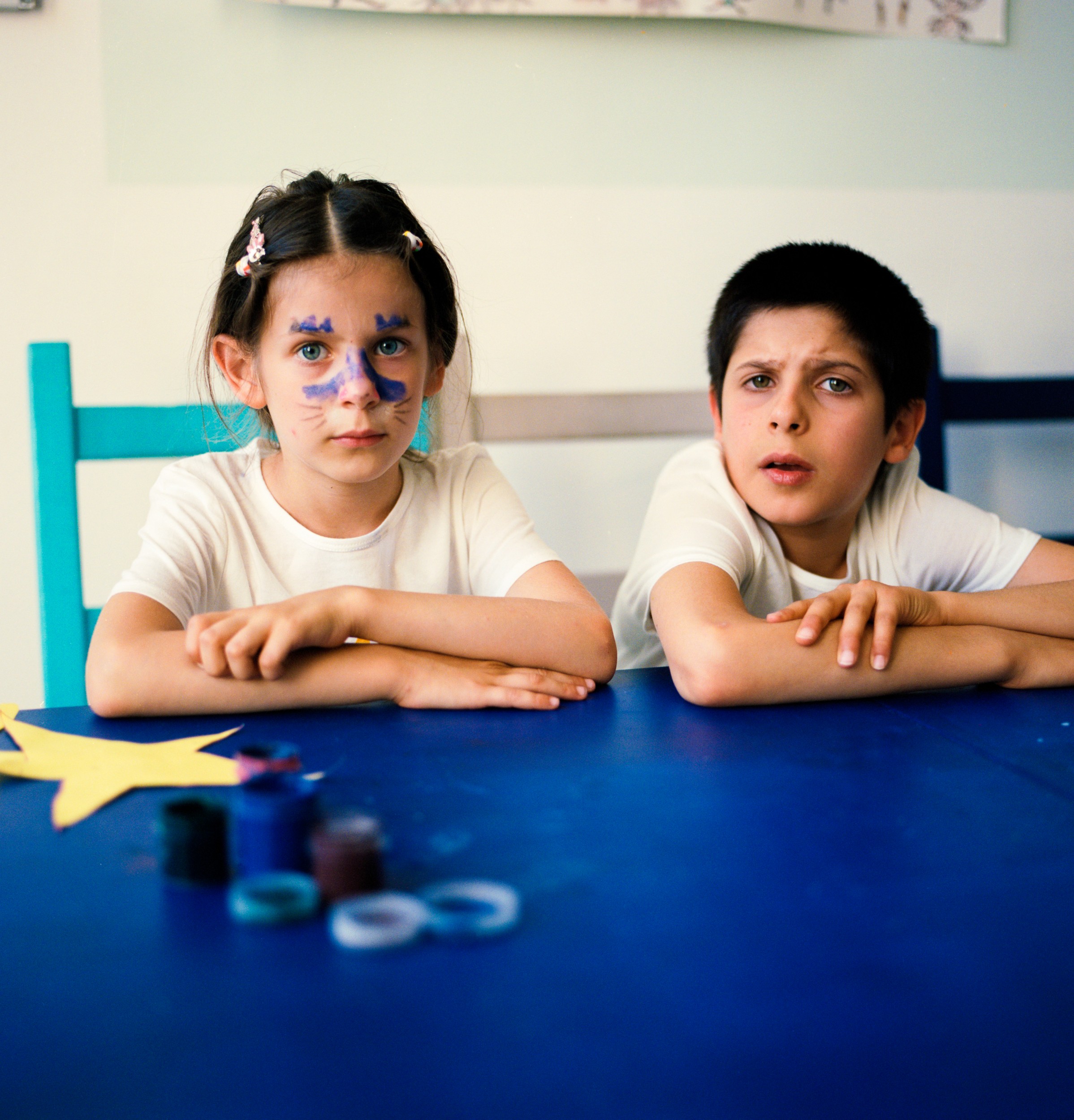 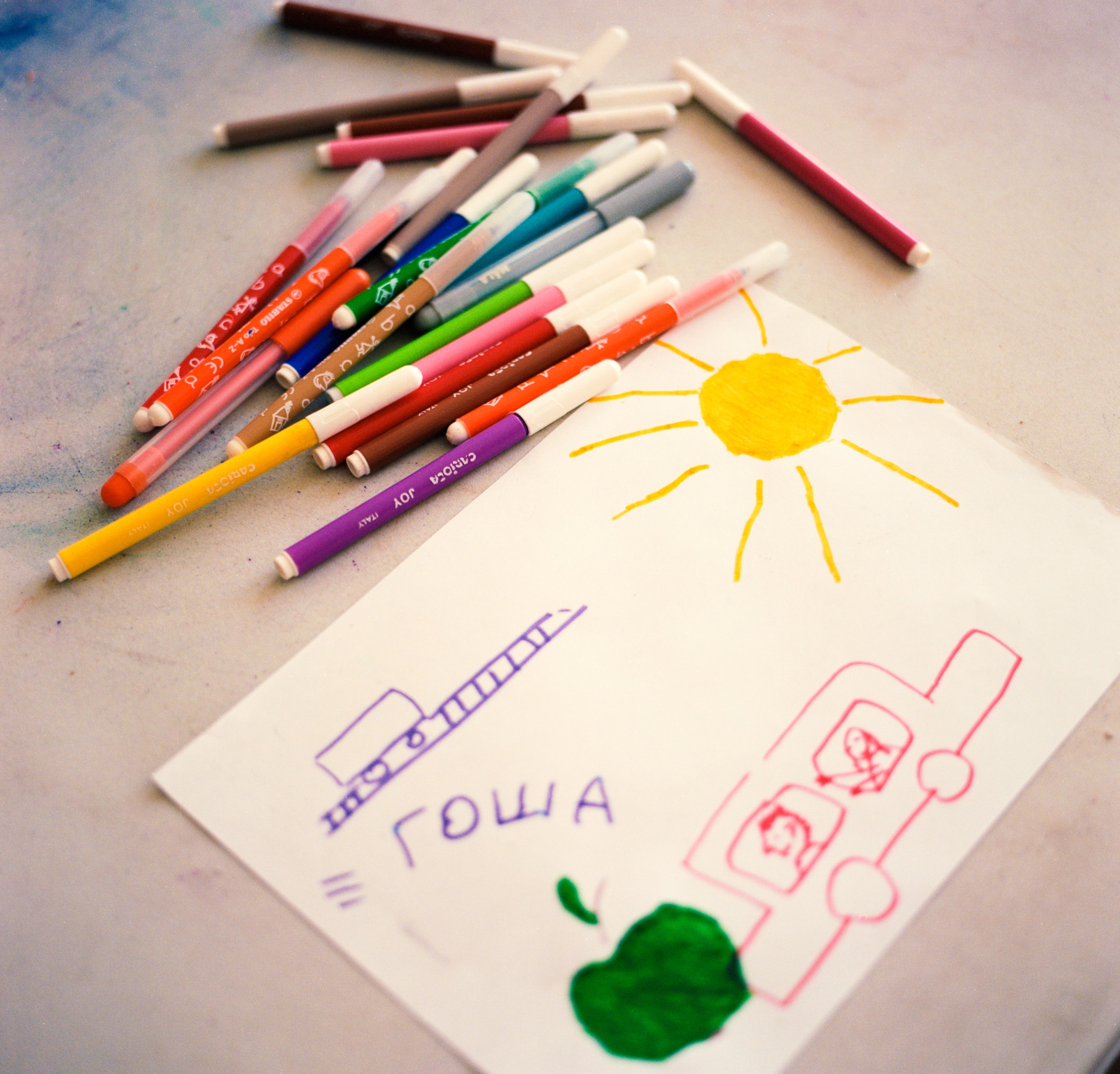 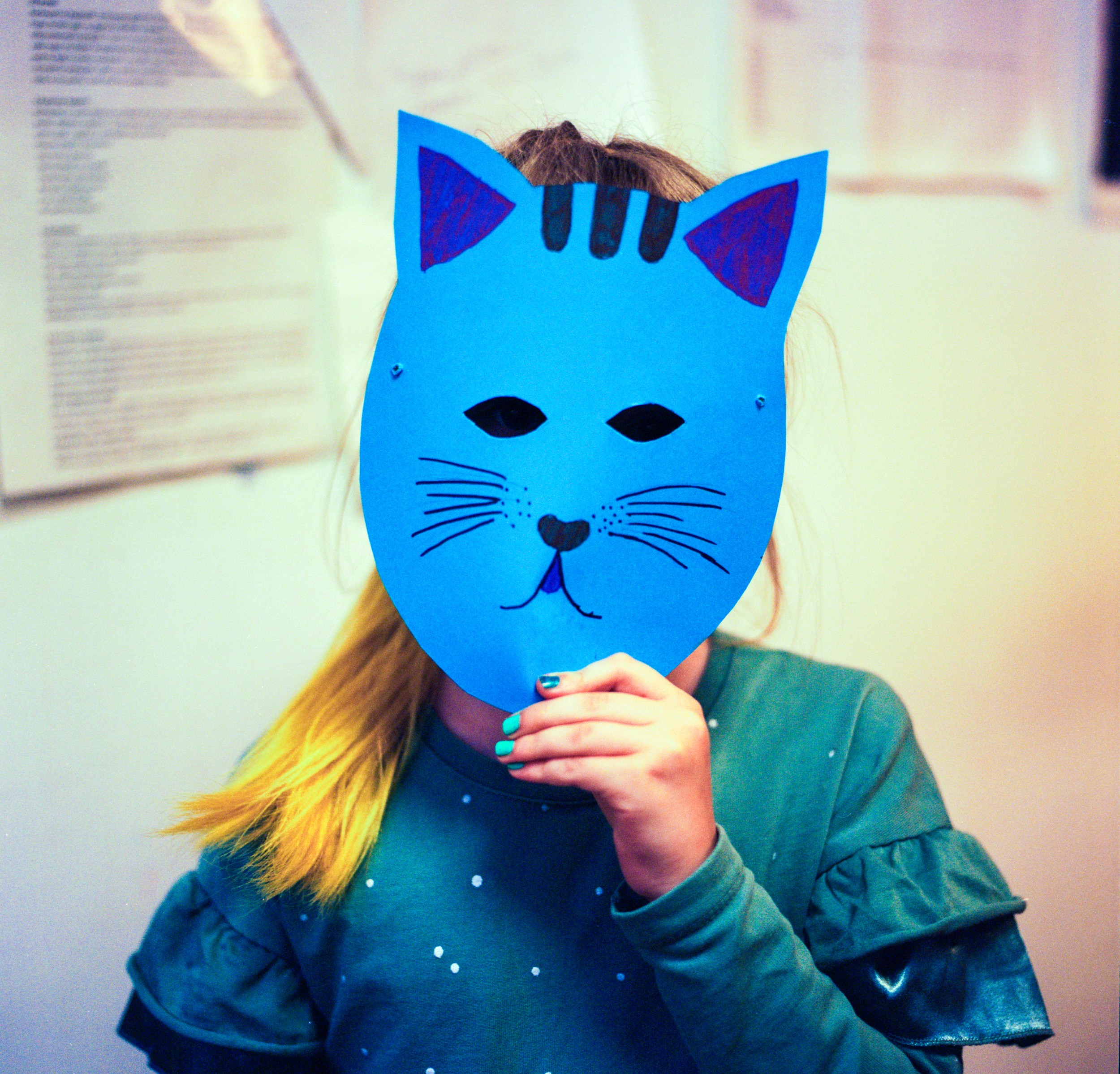 Amelia poses with a tennis ball at the camp’s slumber party, where she was first to jump into a pillow fight with some camp volunteers. Many children also attend with their parents.

Marina dresses up as a unicorn and has her face painted at the party. The camp became “the main event of the year for Marina,” her mother says.

Raya washes off the rainbow face paint she applied herself.

Gosha, who prefers to play alone, poses at the slumber party.

Polina, a volunteer, sits with Misha. Every autistic child at the camp has a personal volunteer to support and accompany them. At first Misha wanted his father with him at all times.

Misha plays with a string of lights. On the fifth day of camp, he was able to spend the entire day with Polina and without his father.

Misha also attended a picnic in the forest, hosted by the camp.

On the way to the forest picnic, Demyan clutches his favorite toy, sitting in his mother’s lap on the camp’s bus.

Veronika and her older brother, Gosha, pose together in art class.

Gosha drew a car, an apple and the sun, and also wrote his name in Russian.

Amelia shows the cat mask she made in art class.

Even before the COVID-19 pandemic, the Anton’s Right Here Center, for people with autism in St. Petersburg, Russia, was under pressure. It is one of the few places in the country that provides resources and educational support for teenagers and adults on the spectrum.

“Until recently, we had no official statistics on autism in Russia,” says Elena Filbert, the center’s executive director. “While there is some statistical information available about children, we have no such information about adults.”

During the pandemic, the center quickly expanded its reach from teenagers and adults to children as well.

“Families were turning to us in desperation. They couldn’t leave the house with the children and needed help,” Filbert says. The center stepped in to offer tutoring, food and financial assistance.

The center also organized its first ever week-long summer camp, hosting 14 families and their autistic children at the end of July. They invited both children with autism and the neurotypical children of people who work at the center to participate.

Svetlana Bulatova, a St. Petersburg-based photographer, photographed the children during a slumber party at the camp, in an art class and during a picnic held in a nearby forest. She became interested in autism in 2012 when, as a college student, she watched the movie “Anton’s Right Here.” The film follows the life of Anton Khoritonov, an autistic man living in St. Petersburg, who inspired the creation of the center.

Bulatova’s images appear here. Both Filbert and Bulatova spoke with Spectrum about the program and the camp. The success of the camp has inspired them to organize it again for next year, Filbert says. In the meantime, starting this month, the center will be providing continuous educational support to children on the spectrum.

“This camp was just our first and very memorable experience,” Filbert says. “Our new dream is to build a kindergarten for our children.”

Spectrum: What kinds of precautions did you have to take to keep everyone as safe during the pandemic?

Elena Filbert: We had to cancel our annual summer camp for adults, which was scheduled for July as well. We decided that since many of our attendees live with older parents, it would pose a greater risk for those families. Of course, we also asked the parents of our children to think about their situation and risks. We had a contactless thermometer and masks, but it was quite difficult for kids to wear the masks.

S: Why was it important to you to include both autistic children and neurotypical children in the camp?

EF: It was important for us to make the camp inclusive to show the neurotypical children the work that their parents do, and to make them think and ask questions about children with autism. One girl named Veronika, for instance, started asking her mother what will happen to her camp friend when he grows up. It is important to raise a young generation that will be accepting of everyone and will advocate for people who don’t get the necessary support. Although we used some methodologies we’ve learned about before, our main approach to the experience was to treat children as children first, and as children with autism second.

S: Svetlana, what did you enjoy about photographing the children?

Svetlana Bulatova: I loved working with kids because they never pose and don’t have a conception of ‘looking bad’ in a photo. The children would often become so consumed by the games that they would not notice me. Also, because these are children, I got to observe them encounter some things for the first time in their lives, and those were very special moments.

S: How did the children with autism and neurotypical children interact?

SB: Honestly, I know that it is harmful to say that children with autism are ‘just like everybody else,’ but I found it very hard to tell the difference when the kids were playing. I felt as though, more than anything else, they simply interacted with each other as children interact with others. Of course, sometimes the camp supervisors would have to explain to a neurotypical child that their friend has gotten a bit overwhelmed and needs some rest.