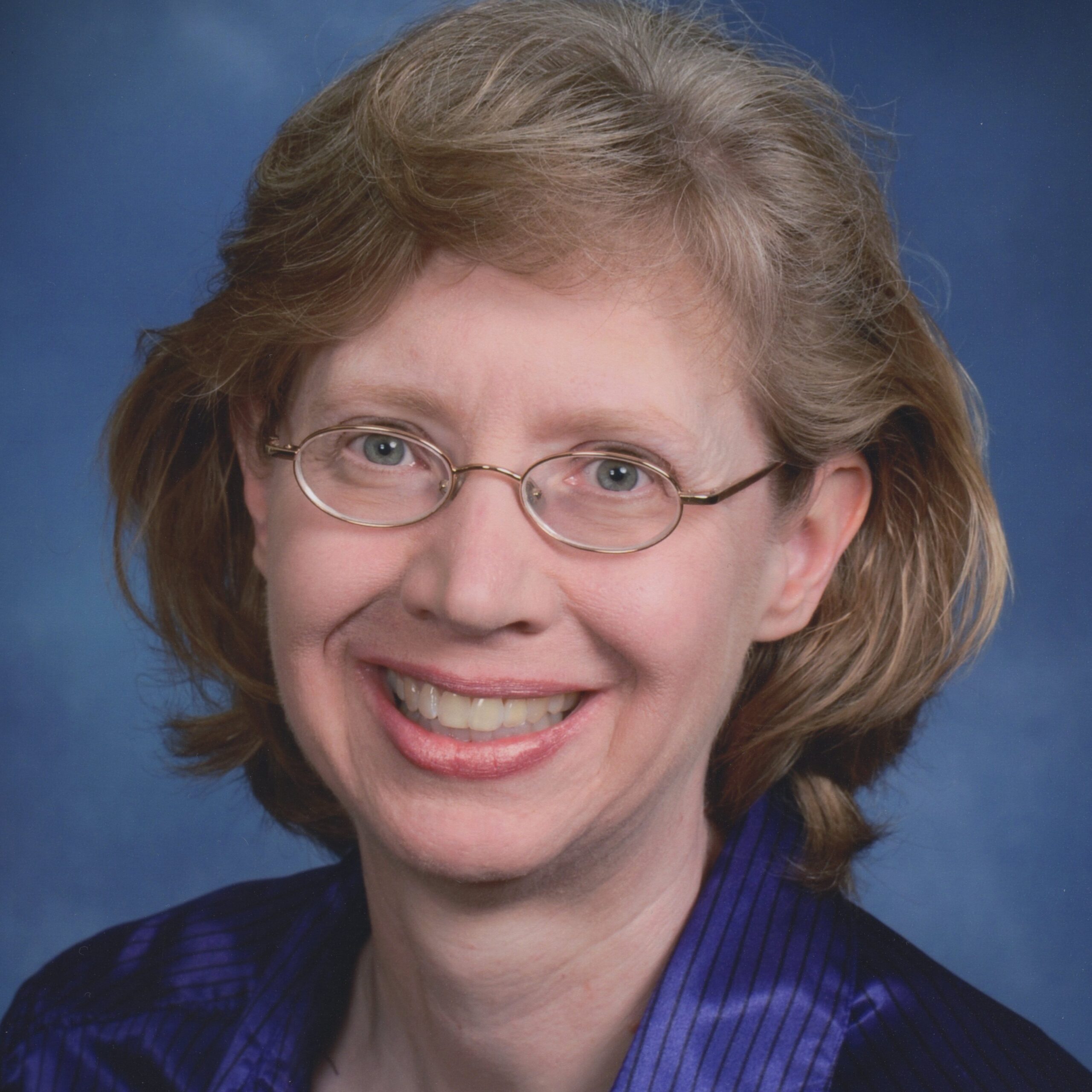 Cara Westmark
Assistant professor, University of Wisconsin-Madison
Sign up for Spectrum's newsletters
Thanks for subscribing!
The Expert:

When SARS-CoV-2, the coronavirus responsible for the current pandemic, first emerged in the United States last year, Cara Westmark couldn’t sleep. Westmark studies fragile X syndrome, a genetic condition that often involves autism — and she couldn’t stop thinking about intriguing parallels she had noticed between fragile X and COVID-19, the disease SARS-CoV-2 causes.

Fragile X syndrome usually arises from mutations that silence the FMR1 gene, curbing production of a protein called FMRP and leading to runaway synthesis of other proteins. SARS-CoV-2, which contains a single long stretch of RNA, hijacks the same protein production machinery to crank out more virus, making people sick in the process. Could drugs designed to thwart protein synthesis help with both? “The idea kept me awake at night for a week,” says Westmark, assistant professor of neurology at the University of Wisconsin-Madison.

In August, Westmark outlined her idea in Frontiers in Cell and Developmental Biology, and she is about to begin testing a drug — developed with fragile X in mind — in mice exposed to SARS-CoV-2. Spectrum talked to Westmark about the painstaking work of collecting data during a pandemic and what her results might mean for people with fragile X syndrome.

Spectrum: What were you working on when the pandemic first hit?

Cara Westmark: When COVID hit, we were in the middle of a large study, and our campus sent all the students home because of the virus. At the time, I had two undergraduate students in the lab and the scientists who work with me. We work with a mouse model for fragile X syndrome. We study both pharmaceutical and dietary interventions to see if we can identify potential interventions.

We were able to get permission to stay open because we had had mice on special diets for several months and we were in the middle of testing, and it would have been a large loss. By the time we finished up [those tests], the campus was reopening in July, so we were fortunate that way.

S: How did you get the idea to repurpose fragile X drugs for COVID-19?

FMRP is a protein that’s not expressed in fragile X. This protein is a pivotal player in a lot of processes in the body. It binds to hundreds of different mRNAs in the brain, which affect numerous signaling pathways.

Being an RNA-binding protein and binding to a lot of RNAs, it would be expected that it would bind to viral RNA as well. [The work on Zika] virus got me thinking, “I wonder if FMRP would bind to SARS-CoV-2 RNA? And if it does, could we target the SARS-CoV-2 virus by using drugs that we’re already testing in the lab for fragile X?”

One candidate is metabotropic glutamate receptor 5 (mGluR5). There are numerous drugs out there that inhibit mGluR5, many of which have been tried in mice and in clinical trials to turn down protein synthesis and try to rescue phenotypes. My idea was: What if we could inhibit protein synthesis in the SARS-CoV-2 model with mGluR5 inhibitors?

CW: The virus is simple: It’s this shell with a single-stranded RNA molecule inside of it. It’s totally dependent on the host cell, on the human cell, to propagate. When it gets inside the cell, it starts recruiting host-cell proteins. And one of those could be FMRP, as well as other proteins — like ribosomes and other RNA-binding proteins — that are necessary for protein synthesis. If it can’t recruit those, and it can’t propagate itself, it can’t make viral proteins and replicate. If we could stall virus replication with mGluR5 inhibitors, that might slow the virus down until the body’s immune system can take over and start fighting it.

S: What was your first step after you had the idea to repurpose these drugs for COVID-19?

CW: I contacted everybody I could think of to get their help and opinion on how to move forward. It was a little slow going at first to get people on board. They thought it was a great idea but that we needed a lot more lab evidence to support it. So I contacted some folks on campus, including Yoshihiro Kawaoka. He has a lab here and a lab in Japan, and he was in Japan at the time. And he said, “Sure, we’ll test the drug.” He had a cell model that he could infect with the SARS-CoV-2 virus and then treat with a drug that we sent them and see if it would inhibit replication.

In April, we sent a lab-grade mGluR5 inhibitor called CTEP to Kawaoka’s lab in Japan, and he tested it. And the [results suggest the] drug did work. But it’s hard to know at this time if we could get the drug at high enough levels in vivo to inhibit the virus.

In the meantime, we did some computer and molecular modeling and found that SARS-CoV-2 RNA is filled with sites predicted to bind to FMRP. It could act as a sink if it’s binding a lot of FMRP. That could mean there’s not FMRP in the other parts of the cell to do its normal function.

There could be a misregulation in other proteins that cells need for normal function. For example, some people who are infected with the virus have what’s called a ‘cytokine storm’ of inflammatory proteins. People end up in the hospital needing treatment because of the inflammatory response. If FMRP has a normal function to inhibit the production of cytokines, and all of a sudden FMRP is all bound up to this virus, then you could make more cytokines or other proteins that are detrimental because you’ve lost your normal regulation of those proteins.

There’s some evidence in the literature for mGluR5 and FMRP being involved in some of these pathways. So that was a little more evidence that perhaps treating with an inhibitor of mGluR5 upstream and bypassing FMRP that way could be beneficial for treating SARS-CoV-2.

S: Where are you going with this next?

What we’re working on now is testing these drugs in an animal model. Mice are not infected by SARS-CoV-2, because they don’t have the receptor the virus uses to enter cells. But people have made transgenic animals that express this receptor. In the summer, we were able to acquire some of these mice, and I crossed them with our FMR1-knockout mice.

The first experiment will be to infect them with SARS-CoV-2, and we’ll see if the virus replicates more in the fragile X mice versus the wildtype mice. We would presume that in the mice missing FMRP, the infection would proceed much more rapidly and perhaps have more severe pathology. Maybe the mice will die more quickly than the other mice.

After we do that, the next step will be to pretreat with our mGluR5 inhibitor and see if we can slow down the virus and if we can rescue the animals that are infected.

S: How has your approach to the work changed as the pandemic has continued?

CW: At the beginning, I felt that sense of urgency when we knew so little about the virus. It was hard. I thought it was an exciting idea, but we needed so much data, and obviously the data takes a long time to collect. The vaccines and other drugs are out now, so it doesn’t feel as urgent right now as it did in, say, March through July and August.

But we’ve sent several grant applications out to continue the work. I hope something gets funded, because I’m hoping this will be more broadly applicable to multiple viruses. FMRP is such a strong RNA-binding protein. It’s already been shown to be involved with Zika virus, and if we show it’s involved with SARS-CoV-2, it’s likely that it binds to multiple viruses. Maybe this could be a general therapeutic strategy for — who knows? — the common cold or the next SARS virus or the next influenza virus. Maybe we can come up with a molecular mechanism to target that could be beneficial for multiple infections.

S: Are there any lessons that we can learn about fragile X or how to treat it from the work you’re doing on SARS-CoV-2?