Ethical gaps in autism genetics: A conversation with Holly Tabor 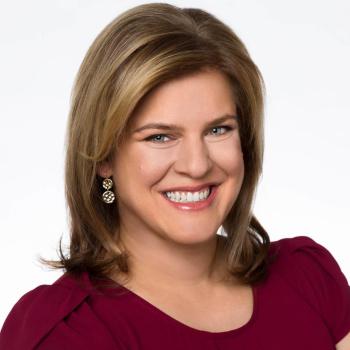 Holly Tabor
Associate professor, Stanford University
Sign up for Spectrum's newsletters
Thanks for subscribing!
The Expert:

For many people with a genetic condition, uncovering the gene responsible opens the door to accurate diagnosis and better treatment. But that’s not yet the case for most autistic people — despite decades of research that has implicated hundreds of genes.

The disconnect raises ethical questions about the goals and practice of autism genetics research, says Holly Tabor, associate professor of medicine at Stanford University in California and associate director for the school’s Center for Biomedical Ethics.

Most autism genetics studies tout the possibility of more personalized treatments following a genetic diagnosis, but with such treatments not yet a reality, scientists need to reconsider their stated goals, Tabor says. Not getting it right can have big consequences. In October, for example, researchers had to pause recruitment for the U.K. genetics study Spectrum 10K after some autistic advocates questioned that study’s aims.

“That doesn’t mean we stop doing the research or the research is inherently bad,” says Tabor, whose son is autistic. “It’s more about, how can we do it better? How do we not have another 20 years of research that doesn’t significantly impact the lives of people with autism?”

Tabor spoke with Spectrum about autism researchers’ social responsibilities, the ableism that, in her opinion, permeates the genetics field, and the need for that community to reflect on its future.

Spectrum: What issues do you see in autism genetics research?

Holly Tabor: I have been really disheartened and disappointed at the lack of tangible outcomes that have come from a tremendous amount of excellent genomic research over the past 20 years. I don’t think that that’s anybody’s fault. That was the right thing to do, and it continues to be a good research thing to do. But we have to be honest about the real outcomes and the ways in which we haven’t actually succeeded as we hoped. Transparency is important if we want to continue doing this research.

In research on other genetic conditions, such as cystic fibrosis or sickle cell disease, the people doing genetic research overlap with people involved in clinical care and diagnosis. In autism, historically there’s been more of a divide. That leads to a gap in the agenda for the research. That is really an opportunity to be filled, and an opportunity for funding agencies to target. It doesn’t mean we shouldn’t do genetic research, but we should make it more integrated with the community and with the needs of the community.

S: How can geneticists better integrate the autistic community in their work?

HT: One way is by building on some of the models from PCORI [Patient-Centered Outcomes Research Institute] and other kinds of community-based participatory research to involve adults with autism to set the agenda, design the research and think about the translation of the research. There’s a science of how to do this properly. There are some protocols that have been empirically tested about how to engage communities properly. That would really help with challenges such as what happened with Spectrum10K.

There’s also a real opportunity to think about other ways that genetics and genomics research can be implemented into clinical care and diagnosis. If we found more genetic loci that predispose people to autism, what would we do with that information? Part of the dream for many researchers is to be able to say, “People with this genetic susceptibility gene are more likely to respond to this kind of therapy, or to have challenges with speech and communication.”

We need to think bigger than that. We have these cohorts with some clinical data and a lot of genetic data. What other kinds of questions can we study about the natural history of autism, about the lived experiences of people with autism, about different kinds of interventions? How can we involve the communities in that research to be dynamic partnerships? What’s the sustainability? How are we going to build on the data collections?

HT: The scientific, social, anthropological structure on which most science is based emphasizes people being experts in one particular discipline. And there aren’t a lot of incentives to have people think about their social responsibility. What are the injustices that still exist for people with the condition or people in the specific population that I’m studying? How can I involve people in my work to become more aware of that? How can I partner with other researchers who have different expertise?

I would love to see funding agencies incentivize collaboration and partnership with the community of people with autism and their families, to try to have some shared values and priorities. You could argue that the Interagency Autism Coordinating Committee sort of does that. But it doesn’t trickle down to the individual researchers.

There’s also a legitimate criticism among autistic people that genetics research is primarily not designed for them, and that it’s not going to improve their life. It’s really hard to argue with that.

Some of the same people will argue that the kind of genetics and genomics research that has historically happened with autism, and is still happening, is really designed to try to make sure that people with autism aren’t born. I was at an ethics and autism conference a number of years ago, and someone asked me why I wanted to support genetics research and was I a eugenicist. I was really taken aback. I had always seen, and still do see, genetics for the power it can have to improve people’s lives. But it was a pivotal moment for me in thinking about the reasons why many people with autism perceive autism genetics research this way. Autistic people are more studied than they are partners in studies. That’s wrong.

S: Do you think ethics education could help?

HT: I don’t think that that’s the main solution for autism. What I would love is to have a component of the funding mechanism require engagement with the autistic community. I would like conferences and forums to bring in autistic people along with people who do autism research in genetics and genomics and in totally different areas. This includes conferences that are not autism specific but might have autism genomics research being presented, such as the American Society of Human Genetics or the American College of Medical Genetics meetings.

As a field, we have to be more aware about the context of autism and disability. Autism is very much a target of the medical model of disability. The approach has been, “If we could only figure out the causes of autism, then we could prevent it, we could treat it, we could fix it.” And there are some things about that that are not wrong. But it also contains a significant component of ableism — that autism is such a tragedy. That’s dangerous and, quite frankly, inappropriate.

Moving forward, I’m hoping for clinical genomics in general, and autism clinical genomics specifically, to have an anti-ableist view of thinking that doesn’t minimize the legitimate quality-of-life issues and medical issues that exist for people with autism, particularly for people with more severe manifestations, but that also doesn’t treat it as something we have to fix that we’re going to have a widely applicable gene therapy for someday.