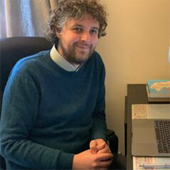 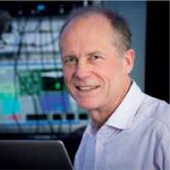 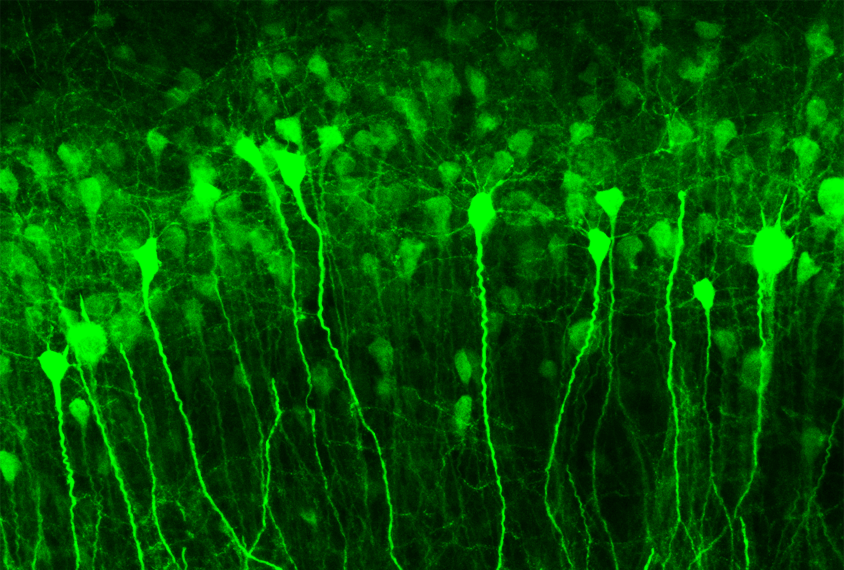 Time out: When neurons participate in a seizure (green), the new gene therapy activates to tamp down their future activity.

When it comes to treating brain-based conditions, precision is key. A treatment that indiscriminately boosts a gene’s expression or dampens neuronal activity across diverse cell types can backfire.

Precision medicine is especially crucial for epilepsy, which is one of the most common co-occurring conditions for autistic people. During a seizure, only some groups of neurons become overactive, so not all neurons need their activity tuned down, says Gabriele Lignani, associate professor in clinical and experimental epilepsy at University College London in the United Kingdom.

Lignani and his colleagues developed a new gene therapy tool that switches on only in overactive neurons to temporarily quell their hyperactivity. The result is a treatment “that works when it needs to work and doesn’t work when it doesn’t need to work,” says co-lead investigator Dimitri Kullmann, professor of neurology at the same university.

The new approach successfully dampens hyperactivity in neurons and brain organoids and limits seizures in mice that model chronic epilepsy, the team showed in a study published in November in Science.

Lignani and Kullmann spoke with Spectrum about how their new gene therapy approach works and how it could one day be used to treat other conditions, too.

Spectrum: How does your approach selectively target seizure-linked neurons?

Gabriele Lignani: We designed a virus to carry a promoter — a region of genetic code that can enhance expression of nearby genes — and a therapeutic transgene. The virus infects neurons, and its promoter, called C-FOS, can sense an increase in neuronal activity through the increase of intracellular calcium. When that happens, the promoter quickly switches on the transgene, which codes for the potassium channel Kv1.1. And when you increase expression of this channel, that decreases the excitability of the neurons. That creates this closed loop: When you have more activity, the promoter is activated. That leads to the increase of potassium channels in the cell’s membrane, and that decreases the cell’s future activity levels.

S: What did you find when you tested this treatment in mice?

Dimitri Kullmann: We treated mice either with this virus or a control virus, which carries a promoter driving a fluorescent protein. Then we gave the animals a stimulus that causes a seizure.

The first time we did that, there was no difference between the groups because it takes time for the treatment to switch on — for the potassium channels to be expressed at higher levels and limit the cells’ activity. However, when we came back 24 hours later and gave them a second stimulus to have a seizure, then the animals that had expressed the C-FOS promoter driving the potassium channel were protected — they had fewer seizures than those treated with the control.

S: How long does the effect last?

DK: It doesn’t last forever. If the seizures go away, then it basically switches itself off. When we tested those same animals two weeks later and the animals were not having seizures in between, the treatment had switched off. So when we gave a third stimulus to induce seizures in the animals, there was no difference between the two groups.

S: What is the benefit of having the effect wear off over time?

DK: I’m a neurologist, and I see people with epilepsy. And we see in the clinic that some people go into remission. We don’t really know why, but sometimes epilepsy does get better. And in principle, if whatever it was that caused the epilepsy in the first place went away, then you’d want to be able to switch off a treatment.

The C-FOS promoter and the potassium channel transgene, they still remain in the neurons. But it’s like somebody being told, “Here’s your packet of anti-seizure medication. You can stop taking it, but keep it in reserve, just in case the seizures come back.” But of course, unlike drugs, this approach is not bathing the entire brain or having effects on other cells — it only targets those specific neurons.

S: What about in mice that model chronic epilepsy?

GL: This is a model mouse that we developed in the lab that has spontaneous generalized seizures. Treating them with this approach decreased their number of spontaneous seizures by more than 80 percent when we tested them for two weeks after the treatment had been expressed.

DK: In this case, we think the treatment is still being kept going by what are called “interictal spikes” — little bursts of activity, outside of seizures, that occur in the brain of many people who have epilepsy. And we think those spikes were probably enough to keep the treatment going so that it didn’t completely switch itself off.

S: How might other conditions benefit from this approach?

DK: This is admittedly speculative, but there is a school of thought that people who have psychotic episodes and then develop chronic schizophrenia have hyperactivity of certain parts of their temporal lobes. And so in theory, this treatment might be a way of trying to interrupt that activity and prevent that progression from psychosis to chronic schizophrenia.

Researchers also speculate that autism may be a condition characterized by an imbalance of excitation and inhibition. But we have to be very cautious in terms of saying that we’d be able to treat the behaviors that underlie autism.

GL: My vision of this therapeutic approach is as a compensatory mechanism — trying to rebalance a network that is malfunctioning. So from an autism point of view, if you have an imbalance of brain activity during neurodevelopment, something like this could restabilize activity and restart brain development in a typical way.

S: What are what are your next steps for this project?

GL: We’re working to move this treatment closer to clinical trials for epilepsy, as a first step.

DK: And then we would also like to see if it works in other models of epilepsy and other diseases, too.