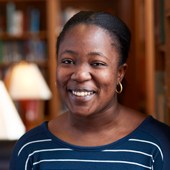 Oluwatobi Abubakare is used to breaking molds. Abubakare, who uses they/them pronouns, is one of only a few Black people in their weekly rehearsals for the Bloomington Symphony Orchestra, where they play the violin. As a second-year doctoral student in clinical psychology at Indiana University Bloomington, they are also in the minority as a Black, autistic autism researcher.

Abubakare recounted their many experiences of being “othered” in an essay published in June in Autism in Adulthood. It started from a young age: Their Nigerian family, which belongs to the Yoruba Christian faith, considered Abubakare’s developmental delays to be a punishment from God.

Even after moving from Lagos, Nigeria to Houston, Texas, where Abubakare was diagnosed with cerebral palsy and underwent procedures to improve their ability to walk, their family sought spiritual solutions and subjected Abubakare to healing prayers, fasting and drinking anointed olive oil — experiences that “resulted in a lot of internalized harm,” Abubakare says. The family also hoped to cure Abubakare’s extreme shyness and social difficulties, autism traits that didn’t amount to a diagnosis until after Abubakare had graduated from high school.

In college, Abubakare discovered a different view of what it is to be disabled — one that accepts disability as a facet of one’s identity rather than a flaw in need of fixing. Spectrum spoke with them about models of disability and how they hope the autism research field will shift to include people with different racial backgrounds, gender identities and spiritual contexts.

Spectrum: Why did you want to write this journal piece?

Oluwatobi Abubakare: One of the main motivations was that it was a special issue on intersections. I felt that talking about being an African immigrant having this disability, and also having a physical disability on top of autism — that was an intersection that needed to be discussed. So I wrote this as a way to get that out there and see if other people have some similar experiences and see how people respond to it.

I have received a couple of emails from other people, and I think this paper sort of helped them understand that they’re not alone. I read a lot of autism articles, hear a lot of autism talks, and it’s always someone who never looks like me or even has perspectives like me, and it’s like, “Well, should I still be in this field?” So I tried to have that piece out there to get other people to have the courage to start putting ourselves out there more and getting our perspectives in autism [research].

S: How do spiritual and medical models of disability compare, and how have they affected you?

OA: Neither allowed me to access who I was, because they were both trying to push this idea of normality, even though their versions of normality were different. So [for the spiritual model] it was more about: Be more spiritual, more good; be closer to God, at least in this context. And the medical model is more about having this ideal human body that’s determined by the medical establishment as ‘the body.’ 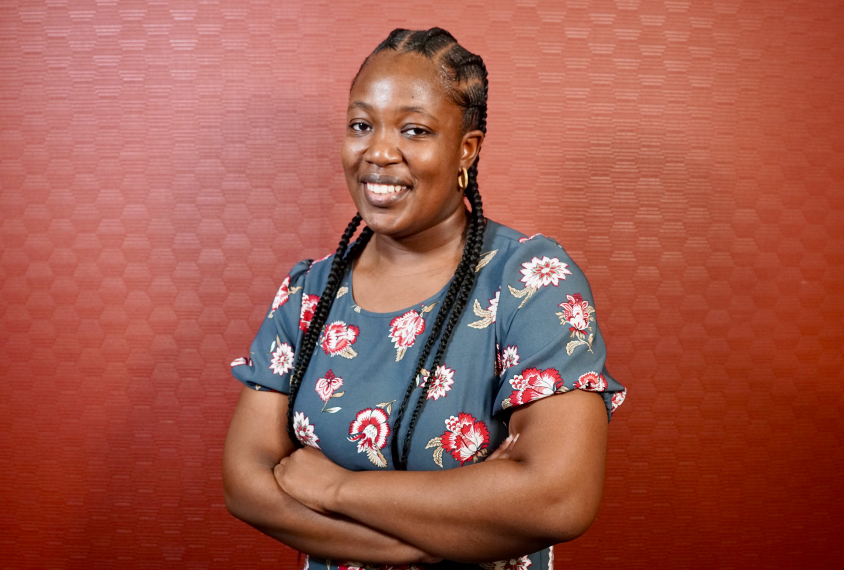 S: How did you come to view yourself differently and accept your disabilities as part of your identity?

OA: The reason I became more conscious of these things that were happening around me and to me was because of my involvement in debate in college. It kind of forced me to read scholarship and create my own arguments. That forced me to really think about different ways of how the world works. And that was the starting point of really helping me understand the intersection of ableism and racism, and how that all affected my life before college and throughout college.

S: What do you hope autism researchers, parents and religious leaders learn from the story of your upbringing?

OA: I feel like at the heart of it, all they want is [a] child to survive and be happy. But the problem is because of how society views disabled people, sometimes we get infantilized. People think we don’t know what we want, just because maybe we communicate differently or in ways that society is unable to pick up on, such as for people who are minimally verbal or nonverbal. And so I think people tend to then bring their own ideas of what we think this person wants. We have to figure out how we can understand the needs of that person, in their own sense, not what we think they should get because we want to make them as normal as possible, assuming that normal means a great life.

S: What factors might have delayed your autism diagnosis?

OA: The Nigerian community, particularly Nigerians in Houston, the way that they understand autism isn’t this spectrum type of thing. So when you tell them someone has autism, they assume that it’s someone who’s nonverbal, who has co-occurring conditions such as intellectual disability. They’re never going to see that in me, because that’s not me.

Society, at least when I was a kid, wasn’t very familiar with autistic people who are not white. That influenced people’s perception of not being able to see that I could have autism.

S: How do you think autism researchers can reshape their work to be more inclusive of intersecting identities that are often overlooked?

OA: A lot of research, unfortunately, is done out of convenience in terms of samples. The population[s] that tend to be closer to university settings tend to be white and of higher socioeconomic status. You’re only going to see one version of autism, because you’re pulling from this population. A lot of autism research is still focused on people who are verbal and have an above-average IQ, and that’s also not all of autism. Autistic people are diverse in many ways. And what we have to do as clinicians and researchers is try to do a better job of capturing that.

S: What do you, as part of a new generation of autism researchers, hope to change in the field?

OA: I want to make sure that I’m doing everything in my power to make sure the autism field no longer looks like old, white men — having research not only from diverse racial and ethnic backgrounds, but also having a lot of focus on autism from outside of the Western sense. Trying to work with other researchers who exist outside of America, the United Kingdom and Australia is a goal of mine.

And then I think the other thing I’m trying to do in my career is to push for this idea that disability is not inherently negative, that the experiences can be positive, but there also is nuance, too. I want to try to push forth research and clinical care that really captures both the beauty and the negativity in differences, but not seeing difference as a bad thing. We have to figure out how to create a society that allows for these differences to flourish.

S: At the end of your piece, you emphasize the need to increase autism awareness within Black and African immigrant communities without alienating them. How do you suggest researchers work with these communities?

OA: I think the best way to start addressing this problem is just making sure people respect other people’s values and not assuming one is better than the other. One thing that I encounter a lot in research and also in clinical work is that people come with a preconceived notion that they know everything, that because we’re grounded in Western science, we know how to treat this. And therefore any types of beliefs you have are not valuable. I think having respect that people can have different understandings of the same thing is one way that autism researchers can approach these communities and try to help them in a way that works with them.