Beyond the bench: Finding balance with Gavin Rumbaugh 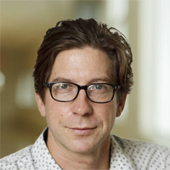 Royal palm trees and bright blue skies blanket the view from Gavin Rumbaugh’s office at UF Scripps Biomedical Research in Jupiter, Florida, where he is a professor of neuroscience. But, he says, he can’t write papers or grants there.

To crank out his best stuff, he hops onto an electric scooter — with a beach chair, his laptop and what he describes as a “super fly” beach umbrella strapped to his back. “I’ll head to the beach, set up shop, and I’ll just write for two hours,” he says.

Rumbaugh didn’t grow up in Florida, but he has embraced the coastal lifestyle. He frequently posts pictures of his morning beach walks on Twitter, and his lab website showcases ample evidence of the group’s frequent outdoor adventures. “In terms of work-life balance, it would be very difficult to get me out of this place,” he says.

In his work, Rumbaugh has recently started focusing on a different kind of balance — that between sensory and motor information in the brain, which gets disrupted, he and his colleagues hypothesize, in mice that lack one functional copy of the autism-linked gene SYNGAP1.

“It’s the journey this model has taken me on,” he says.

Spectrum spoke with Rumbaugh about transforming his lab, being “disgustingly in love” with his wife, and more.

Gavin Rumbaugh: When I started my lab, I was interested in the biochemical mechanisms of synapse plasticity and the outsized effect that SYNGAP1 has on neurons’ synaptic activity. Now the question that drives my research is: For these single-gene forms of neurodevelopmental conditions, what do these genes do that leads to these behaviors? And what’s all the neurobiology in between? 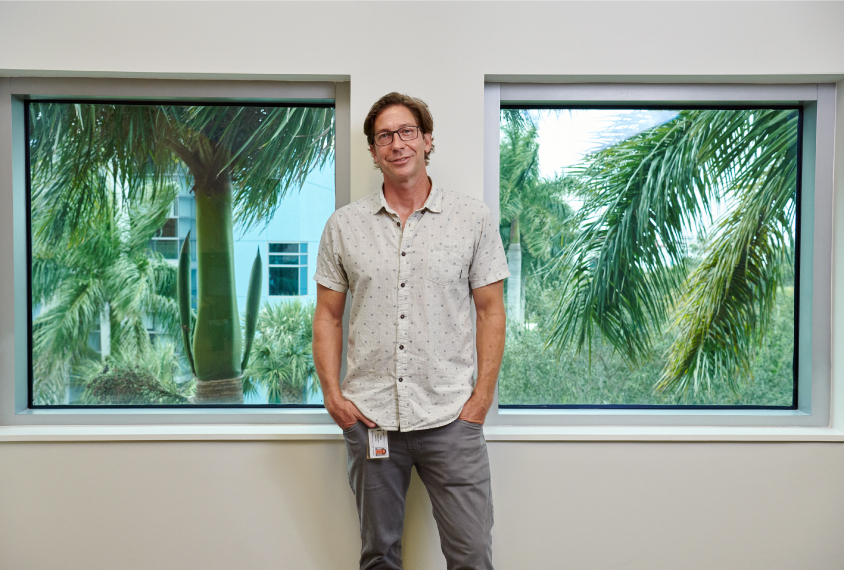 GR: Oh boy. The clinical geneticists are number one on my list right now. I can do this work in animal models because of the remarkable efforts of these large consortiums that have done patient sequencing. For example, Jacques Michaud, who sequenced exons from 100 people with intellectual disability — he and his collaborators found three people who had loss-of-function mutations in SYNGAP1. So that was the first evidence directly linking non-syndromic intellectual disability to de novo mutations in really important neurodevelopmental genes. And then these enormous consortiums, such as the one co-founded by Joseph Buxbaum — they’ve worked to sequence something like 60,000 autistic people.

And the other set of people who are my heroes do sensorimotor systems neuroscience. In particular, people who study the mouse whisker system as a model. Because if you want to understand how neural activity travels through the brain to explain the sensorimotor movements, there’s no better system than the mouse whisker system. I have been an absolute student of this work. It’s a large field, with people such as Carl Petersen, Dan O’Connor and Karel Svoboda.

S: What does a typical day look like for you?

GR: Depends on the day. But a typical day is like today, where I wrote for an hour in the morning. I had about four Zoom meetings already. Haven’t had lunch yet. And then I think I’m going to have some time from 3:15 to 5:00 to talk about new ideas with my staff scientists. That’s the best part of my job, talking about the new ideas.

GR: I’m most productive in a group meeting with my lab. I’m a verbal person, and so most of my creativity comes from stream-of-consciousness discussions.

S: Your wife, Courtney Miller, is also a professor at Scripps, and you often work together. How do you manage that? Is it work at the dinner table and dinner in the lab?

GR: It used to be that way. We met when we were postdocs, essentially. I started my lab first, and she had to see me go through that. It is a very difficult time, starting your lab. I would never do that again. I would go back to graduate school. I would probably do a postdoc again. But I would never start my lab again. And then she had to go through the same thing three years later, when she started her own lab.

But our marriage got super strong, and we realized very early on that we had to set time aside to talk about science and time where we could be husband and wife only. And so we’ve gotten very good at knowing when to talk about certain things and when not to. We’re disgustingly in love, and we have complementary life skills. 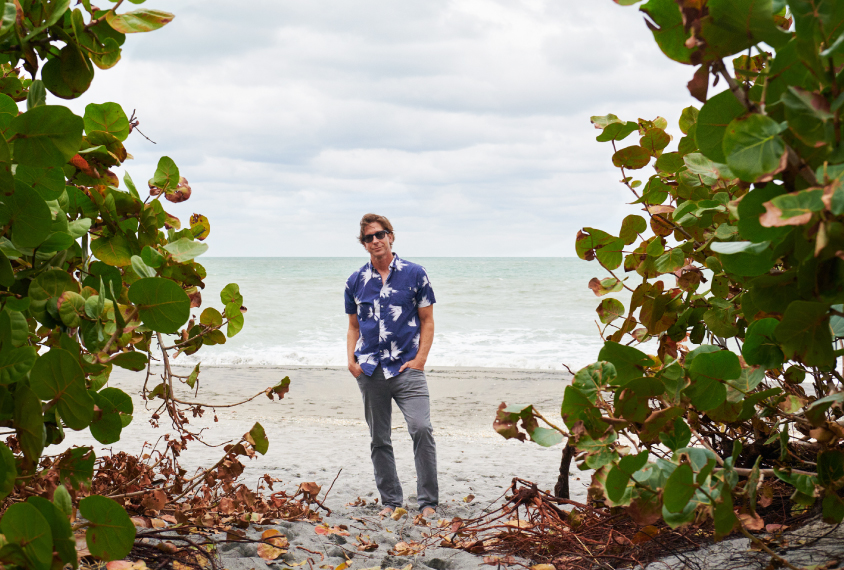 S: Do you have any lab traditions?

GR: Courtney and I try to have a joint lab outing once a year, and we always do something Florida-related. The very first thing we did here, back in 2011, was go paddleboarding.

During the worst of COVID-19, I said that once we’re able to, I’m going to take everybody out on yachts, as a way of showing everyone how much we appreciate the work they do. And so this fall, I rented one for each lab — these 265-foot yachts with a captain and an attendant. And we went around the local waterways all day. We parked at the sandbar with these two yachts, and then they put this big splash pad out that connected the two boats. And we had these little electric water scooters that we could ride around. So that was awesome.

S: Did you grow up by the water?

GR: I grew up in rural Pennsylvania. Outside of Pittsburgh, in deer-hunting country. Where I grew up, everybody hunted and fished. And I’m for whatever people want to do, as long as it doesn’t hurt anyone, but it just wasn’t me. I have a soul that’s much more California beach-like.