Beyond the bench: A conversation with William Mandy

Whether they mean to or not, just about everyone these days is taking William Mandy’s advice for a successful academic career: Find time to work from home. Mandy, a clinical psychologist and professor of clinical psychology at University College London, works in the United Kingdom’s most populous city but endures a train-bike-walk commute each day so that he can live in a quieter place — or at least he did pre-pandemic.

Now Mandy splits his time between teaching math and history to his 6- and 9-year-old children and managing his research team remotely, meaning life is both simpler and more complicated than before. When a problem gets particularly thorny, he says, one strategy remains nearly foolproof: a walk in the woods with his dog.

Spectrum spoke with Mandy about the golden hours for writing and why — when there isn’t a pandemic — he likes attending conferences in new parts of the world.

Spectrum: What are you working on right now?

William Mandy: The main thing I and my collaborators and my group are working on is various questions focused around autism and sex and gender. We’re really interested in whether there are important differences in the experiences and characteristics of autistic girls and women compared with autistic boys and men, and thinking about how that plays out in terms of their lives, their needs and so on.

For example, that’s led us into becoming interested in the overlap between autism and anorexia nervosa. There’s growing evidence that autistic women compared with non-autistic women have an elevated risk of developing anorexia. We’re interested in why that is and hoping to use the insights we gain from that, maybe five years down the line, to start developing better services for autistic women with serious eating problems.

Another thing that came out of our interest in sex and gender differences was camouflaging — this idea that many autistic people often feel compelled to develop a whole range of strategies to mask their autism. There’s growing evidence from our group and from others that autistic people who camouflage more also tend to have higher rates of mental health difficulties, so we’re really intrigued as to whether there’s any kind of causal relationship there and whether we could use insights from camouflaging to develop interventions that allow autistic people to live happier, more satisfying lives. 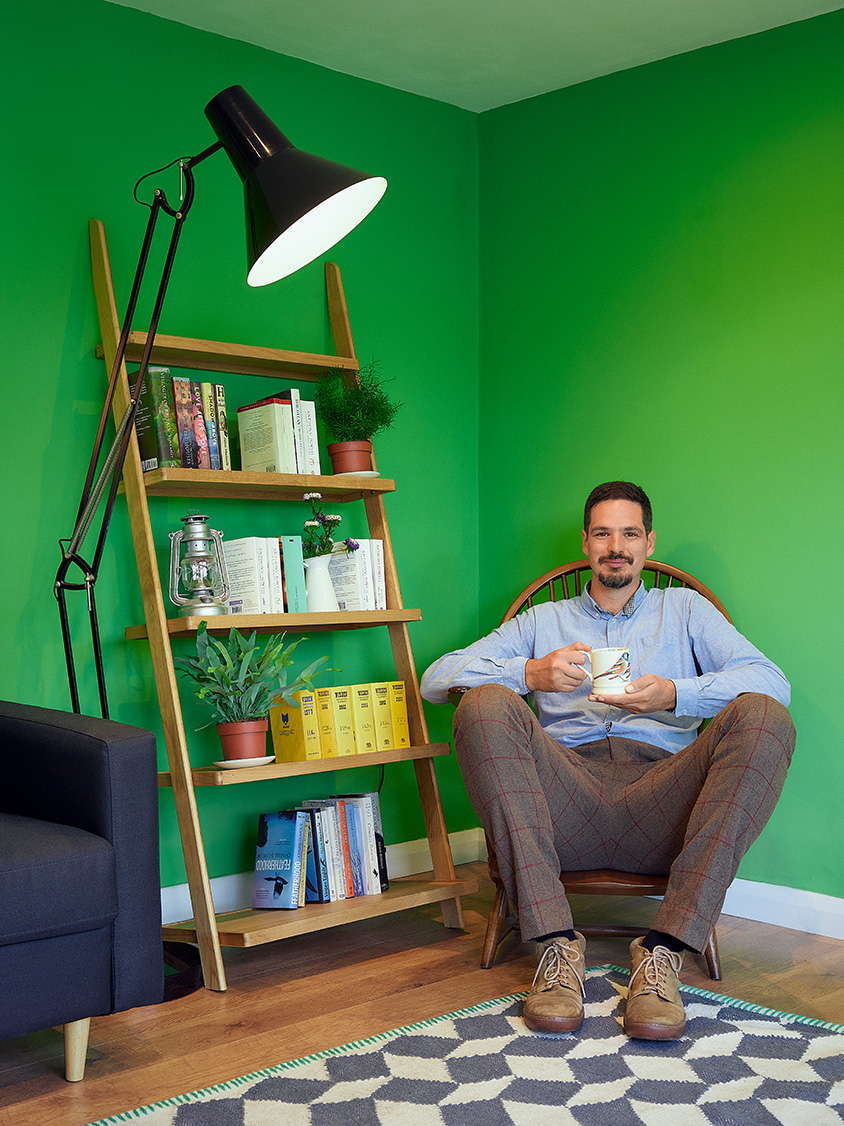 WM: I live a little bit outside of London but work in London, so my normal, pre-coronavirus day started with a train ride and me sitting there with my laptop, tapping away at the keyboard, trying to answer as many emails as possible before my train gets to Paddington Station, at which point I get on my folding bicycle and cycle across London to where I work at University College London. I work not just in autism research but also in helping to train clinical psychologists, so often my day is spent in meetings about running a course. Often my favorite bit is meeting with Ph.D. students and helping them think through what they’re going to do next or problem-solve around what they’re doing. And then it’s back on the folding bike, back across London, back to Paddington and back on the train, and then that very nice feeling of stepping off the train into a nice, pleasant village and leaving the hustle and bustle of London behind.

Now, during the pandemic, there’s normally a negotiation that goes on with my wife in the morning about who’s going to do what elements of schooling. She’s definitely become the head teacher and I seem to be the maths teacher. It’s about kind of balancing a whole load of meetings on Microsoft Teams and Zoom with trying to keep one’s research going, but also looking after and educating the kids. I’ve really quite enjoyed the experience of taking more of a role in my children’s education. I’ve certainly learned quite a lot about the Vikings in the past couple of weeks that I wouldn’t have known otherwise.

WM: The one tip I give to anyone looking to do an academic career is you must work from home on a regular basis, and that’s where I do all of my writing and thinking. I’m generally at my best first thing in the morning. I normally have three or four good hours where I can really focus and produce things. When I work at home, I try to structure it so I don’t waste those good hours on emails or things like that. I use them for writing, whether it’s papers or grant applications or whatever, and then once the light has faded slightly on my concentration after lunch, I try to stack in a bunch of tasks that are easier to be pulled along by. So at home in my little office before lunch is when I’m most productive.

WM: In June 2019, I went to Singapore to the Asia Pacific Autism Conference, which I hadn’t been to before. That was great, partly because it’s just so exciting being in Southeast Asia, and partly just because there was a whole different take on the autism world than I was used to. It felt like a very practically focused conference. It was very respectful to autistic people. For example, at the closing ceremony, there was an absolutely awesome band of all autistic people, and there were lots of roles within the conference for autistic people. It didn’t feel just tokenistic.

WM: One of the nice things about the lockdown is I am doing a bit more reading than I used to. I’m reading the Hilary Mantel series, with “Wolf Hall” and “Bring Up the Bodies.” I’m just about to start the third one, about Thomas Cromwell in Henry VIII’s court. I’m rather enjoying the escapism of such a well-crafted historical novel.

In terms of academic reading, once you get to a certain point in academia you read huge amounts of text, but you mostly do it in this very functional way. In my role as a journal editor or a supervisor of students, I read a lot of drafts and manuscripts, which is good because it helps me stay attuned to the all the different developments in the field or just get a sense of what people are up to.

S: Do you subscribe to any journals or magazines in print?

WM: The London Review of Books is the only one. These days, everything is electronic, so I have particular journals that I like. Obviously Autism, the journal of which I’m an editor, is my favorite journal, and I also completely enjoy the Journal of Child Psychology and Psychiatry. I always find there’s really interesting stuff in there.

WM: I am. I’m on Twitter. I’m quite a cautious Twitter user. It’s been a long time since I had a Twitter beef with anybody. I’m getting more to just using it to take the temperature in a way, especially being interested in what autistic people and fellow researchers are saying and as a way to let the world know about our research and to hear what people think of it.

I think I learned early on that there’s no real discourse to be had on Twitter. It’s not a place in which people’s minds are changed and shaped by interesting ideas. It’s more a place where people just output.

WM: It is a stereotype, but it is true that the English are obsessed with tea. I drink a lot of tea, as I’m drinking it now. In the mornings I’m fueled by coffee and then I convert to tea at about lunchtime, and that keeps me going through the day. 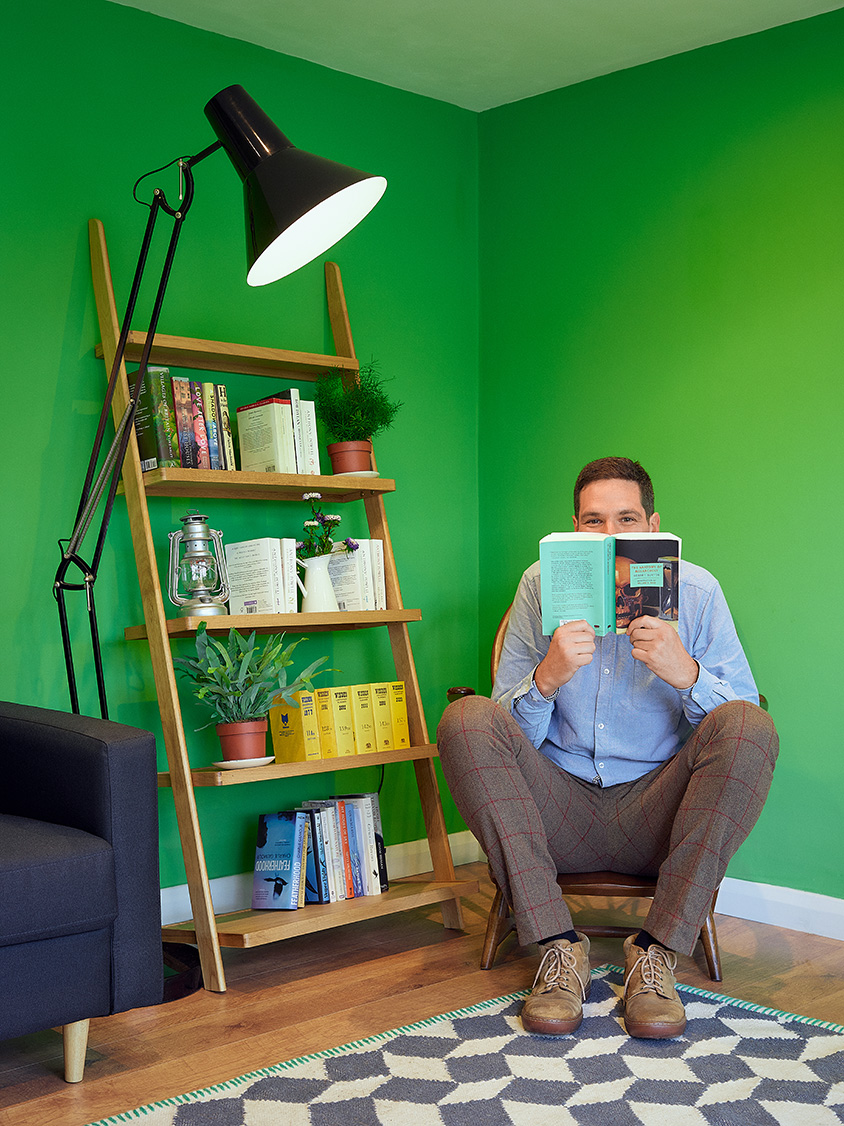