Beyond the bench: A conversation with Jack Gilbert 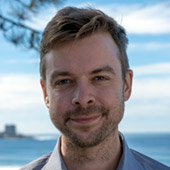 Jack Gilbert
Professor of pediatrics, University of California, San Diego
Sign up for Spectrum's newsletters
Thanks for subscribing!
The Expert:

In normal times, Jack Gilbert is hard to pin down. The University of California, San Diego professor usually travels nearly a quarter-million miles each year, giving talks, attending events and working with collaborators around the globe.

During the coronavirus pandemic, Gilbert is stuck in one place physically — and easier to get on the phone — but he’s still a nomad intellectually. Gilbert studies how microbes transform their environments, work that has led him to hospitals, where he’s cataloging microbes; U.S. farming communities, mapping differences in immunity and asthma rates; and the Marine Biological Laboratory and Argonne National Laboratory, where he previously held joint appointments. At the University of California, San Diego, he works in the pediatrics department and Scripps Institution of Oceanography and directs the microbiome and metabolomics faculty.

Gilbert’s research broadened to include autism in 2011, when his oldest son was diagnosed with the condition. In the years since, he has sought to understand how microbes might shape autism traits. In 2019, for example, he worked with a team that found that autistic children in Ecuador have different microbes and more gastrointestinal problems — a difficulty he tries to help his own son manage — than their neurotypical peers1.

Gilbert spoke to Spectrum about maintaining a “patchwork” personality and why it’s important for researchers to laugh at themselves.

Spectrum: What is your 30-second elevator pitch about your work?

Jack Gilbert: Microbes are at the center of it all, so it’s how microbes communicate with each other and how that communication changes the world around them. Whether that’s in the human body or in the ocean or in a plant or a dolphin or a building, it doesn’t matter. It’s entirely predicated on what the microbes are doing in those environments and how their activity alters what’s happening in that environment.

S: Who would you love to work with and haven’t yet?

JG: I do work with her, but Pamela Silver at Harvard. She creates microorganisms. She’s a synthetic microbiologist. All that stuff is absolutely fascinating to me. Engineering bacteria to do what we want; we talk about it a lot, but she’s actually doing it. From my perspective that would be really cool to do.

S: Do you have a mentor?

JG: I have lots of different mentors. I was asked this the other day on Facebook: Who do you consider to be your go-to expert? My go-to expert is nearly always Rob Knight. He’s my best friend and one of my closest collaborators. His brain is like an encyclopedia.

Jonathan Eisen has always been my go-to person to cross-check myself and make sure I don’t say anything or do anything that’s inappropriate. He has a super-elevated sense of what’s right and wrong.

I really like Ashley Shade and the way she thinks about how she runs her lab and treats her colleagues. We created a code of conduct in our laboratory, and a lot of that was driven by Ashely’s insistence that you should provide people with guidelines on how you want your lab culture to be.

In terms of life, I look up a lot to my father and the way he’s done things, but also my mother. My wife is always a mentor for cross-checking how I exist. That’s a two-way partnership. 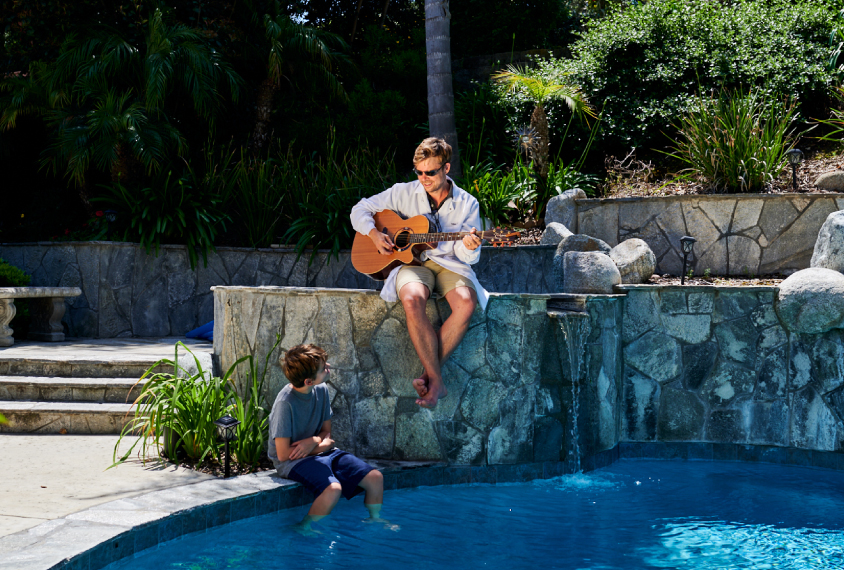 Family time: Gilbert is spending lockdown with his family, including his son Dylan, who has autism. Dylan’s diagnosis spurred Gilbert to explore the connection between autism and the microbiome.

S: What is your favorite story from a research conference?

JG: I don’t like conferences. I have lots of favorite stories but a lot of them are probably not appropriate. Janet Jansson, Rob [Knight] and I and a whole bunch of people were at the Gordon Research Conferences, and we ended up writing and recording a song about microbes with everybody and then getting the entire conference to stand up and do a dance. Everybody, all the old farts and all the young whippersnappers, everybody got involved, and we did a compilation video and put it up online. That I found absolutely hilarious.

It really speaks to my attitude toward life. Yes, I’m a scientist. I respect the work, but do I absolutely need to be held to some kind of weird higher academic standard? I love humor, I love being jovial. It diffuses my own anxiety about being in group situations, but I also think it stops us from taking ourselves so seriously. The work is serious, but the people aren’t and never should be, and that’s incredibly important to me. Humor and comedy, I think, are immensely valuable assets in a scientist and in the scientific paradigm.

S: How much sleep do you usually get?

JG: Everyone says I would answer emails all times of the day and night and therefore I must never sleep, and that’s absolute BS. I sleep really well. If I don’t get eight hours a night, I feel terrible. In fact, I track my sleep regularly, and I try to improve it any way I can. I think the reason people thought I wasn’t is, for most of my 30s, I traveled extensively for work. So I was always in a different time zone. When people would see me responding at 2 a.m., it would actually be 4 p.m. where I was. They’d always think, “Oh wow, what’s wrong with this guy?”

S: How many emails do you have in your inbox right now?

JG: Right now, eight or nine, but I just cleared it up in the five minutes since we started, and now I’m doing it again. I’m very good at taking a large amount of complex information and making sense of it very quickly and then making a decision on it — and I don’t fear my decisions. So I don’t let emails build up in that way. It just seems pointless. Now you’ve got me looking at my emails. This is dangerous territory.

JG: Annoyingly, usually on airplanes, so I’m not productive at all at the moment. Give me a laptop and I’m traveling, so I don’t have any major distractions, and I can work for 10 hours straight. I think it’s the white noise on airplanes. I find it quite comforting. Otherwise, pretty much everywhere else, I get very easily distracted.

This is already the longest period of time I hadn’t been traveling in 15 years, and that’s insane. It’s remarkable my children know who I am. But I’m actually really enjoying it and settling into it.

S: How do you get your news?

JG: BBC. And via friends. I keep track of the scientific literature through emails and talking to people. I don’t really get news from Twitter, but I use that, as people are posting interesting papers and stuff like that. Because of the journal I run [mSystems], I have to be keeping an eye on papers on bioRxiv and medRxiv.

I’m on Twitter, Facebook, LinkedIn. I don’t really do any of the video- or image-sharing ones. I tried to do Instagram once, and I just didn’t see the point because I’m not really much of a photographer, so I wasn’t sure what to share.

JG: Tea, black. While I’m working, usually nuts. I like pistachios, but I can’t really work and eat pistachios. I find that very tricky. So, trail mix, and too much chocolate.