Beyond the Bench: A conversation with Holly Stessman 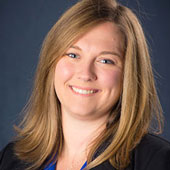 Holly Stessman
Assistant professor, Creighton University
Sign up for
Spectrum's newsletters
Thanks for subscribing!
The Expert:

When Holly Stessman, 35, gets home from a long day of corralling graduate students, she has a second flock to attend to: a pair of chickens of the classic British breed ‘Buff Orpington.’ She got them as day-old chicks just before the start of the pandemic, an ecological tactic for ridding her garden of the Japanese beetles that were consuming it. They also provide her with organic, free-range eggs.

Stessman, a geneticist, studies how genetic variation leads to autism traits as assistant professor of pharmacology and neuroscience at Creighton University in Omaha, Nebraska. She’s always looking for ways to be friendly with both her lab members and the planet, whether it’s asking her students to help name her chickens or renovating her basement to grow produce when it’s cold outside.

Spectrum spoke to Stessman about how cancer research led her to autism, hydroponic gardening and being born a “Trekkie.”

Holly Stessman: I’m interested in the molecular genetics associated with autism, in understanding how genetic variation associates with autism phenotypes and figuring out what this variation actually does, in the sense of the full person. We use animal models and cell lines to understand those connections.

Because I come from a cancer biology background, I’m also interested in subtypes of autism that might come with a higher risk for cancer later in life. I got really interested in autism after reading the work on the tumor suppressor PTEN. Seeing that PTEN mutations can also cause atypical brain growth early in development got me into the autism field.

S: Do you have a mentor?

HS: One of the people who has inspired me in the autism field is Huda Zoghbi. She’s a strong female scientist who has accomplished so much during a time when strong female mentors were hard to find. I also very much respect that she will talk to and interact with trainees during meetings.

Two geneticists I was lucky enough to work with when I was a postdoc, Frank Kooy and Jozef Gecz, have gained the respect and trust of patients and families and are amazing researchers and geneticists. Like them, I aspire to use my research to help people.

I’ve been following Thomas Südhof’s work since I was a graduate student. He jumped from working on a receptor for cholesterol into neuroscience.  It was inspiring to me to see someone switch fields completely to follow their passion — no fear.

Südhof also implements new techniques and technology, such as new cell culture systems like organoids. I feel like there hasn’t been one new technique that I have looked to use in my own work that Südhof hasn’t already used and published. I am really inspired by his creativity.

HS: My morning routine usually is being woken up by my pets — I have two dogs and a cat —when they’re ready to get up and eat. I let them outside while I have some coffee.

I usually arrive at work around 7:30. As soon as I get to my office, I catch up on my emails. I make it a point to wait to do that until I get to work so that I have some division between work and home. Then I usually touch base with my lab. If I have experiments going, which often I do, I get those done in the morning and then I spend most of the afternoon reading, writing grants or papers and attending assorted meetings.

I usually go home around 5:30 or 6. My husband and I switch off between who’s going to make dinner.

In the evening when it’s starting to cool down, I garden. I’m an avid gardener. I have converted almost my entire backyard into an edible plant and flower garden. I have backyard chickens as well. My husband and I are really interested in permaculture and sustainable living in our house. We raise hens for eggs in our backyard and let them roam in our garden space. 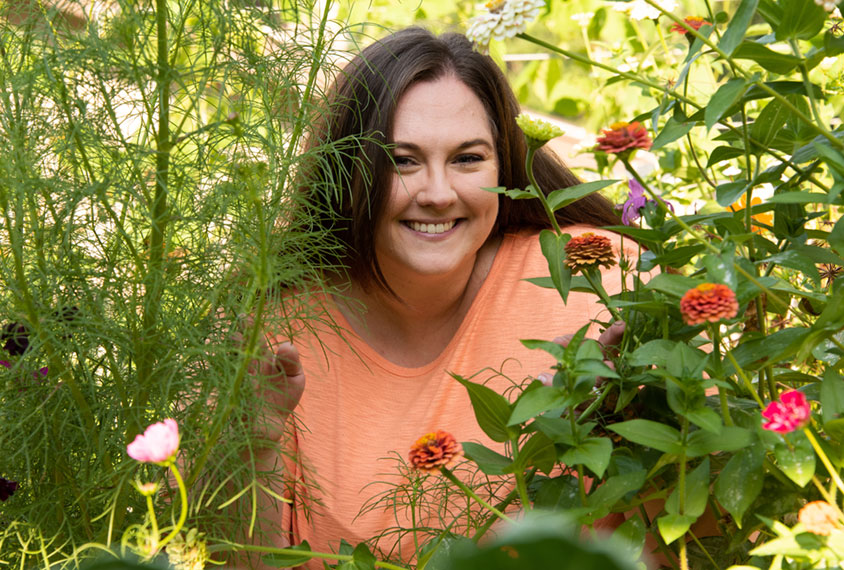 S: Can you tell me more about how you practice sustainable living?

HS: We’re lucky enough with our climate to be able to harvest out of our yard and be mostly self-sustained in the warmer months. We aim for a net-neutral carbon food footprint then, at least when it comes to produce. I’m also really into hydroponic gardening, so I can garden in the winter too. We had hookups for our clothes washer and dryer put in upstairs when we moved into our house so that I could convert my entire basement utility room into a hydroponic garden and seed-starting space.

I grow greens, peas, strawberries and other fruits and vegetables inside in the winter. I start approximately 200 plants annually in this space to plant in our outdoor garden. My goal this year is to become a better seed saver and to become more educated on creating new plant varieties via cross-pollination. We’re really hoping to put up a greenhouse next year.

S: Do you listen to anything while you work?

S: Do you have a favorite story from a research conference?

HS: My favorite conference is the American Society of Human Genetics annual meeting. Genetics is my passion, and I get to see a lot of my colleagues from the University of Washington, where I did my postdoc, at this meeting. Back in 2015, we were in Baltimore and somebody in another lab found this hole-in-the-wall place where they served fresh crab. They did the big boil and dumped all the crabs out on tables covered with paper. It was really fun to be in this laid-back atmosphere. We talked science, ate crab and drank beer for a couple of hours.

S: What are you reading right now, outside of work?

HS: I get a lot of my inspiration for books now from Armchair Expert. I heard George Saunders speak on there. He’s an American novelist who lives in Chicago. I’m reading his book “Pastoralia” right now.

I’m also really into Steinbeck and American short story authors. I must be in the minority of people who don’t like “Game of Thrones.” I don’t like really long tomes with lots of characters. I like something concise and entertaining. So short stories are kind of my jam.

S: On Twitter, you describe yourself as a movie buff. What kind of movies do you like?

HS: I didn’t have cable TV growing up, so my dad and I would go to the movie store and get movies all the time. I was a “Star Trek” fan. My maiden name — Feser — is actually pronounced ‘phaser,’ so I always joke that I was born a Trekkie.

I love pretty much every type of movie except for horror. If it’s zombies and vampires, I’m fine with it, but I can’t do more true-to-life, chainsaw-massacre stuff. I really love dystopian movies. One series I watched recently is “Utopia.” It’s about a rampant infection by a virus, so it’s a really interesting parallel to our current situation.

S: Do you have a lab mascot?

HS: I try to keep a really positive lab culture. I only bring people into the lab who I think will positively interact with that culture. The unofficial mascots of my lab are my chickens. In February 2020, when I had four chickens, I took a poll in the lab to solicit names, so I had Amelia Egghart, Fat Amy Winehouse and Eggatha. I named the fourth chicken after a relative — Maureen. Amy and Amelia turned out to be ‘mean girls’ and were re-homed, so it’s just Eggatha and Maureen now.