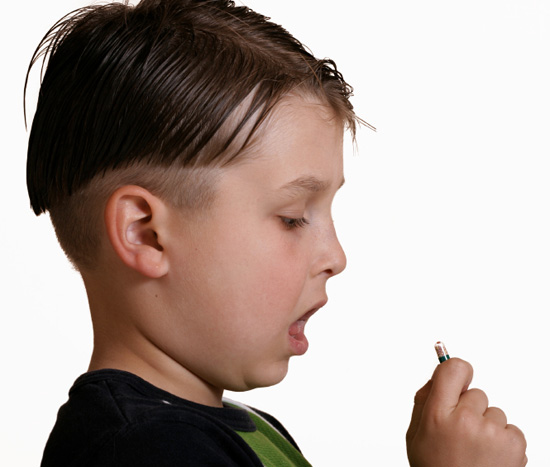 Families affected by fragile X syndrome can let out a modest cheer this week: The largest-ever randomized trial of a drug to treat the syndrome has just cleared its second phase.

The drug, dubbed STX209, is further along than any other treatment for an autism-related disorder. If it passes the next, more rigorous testing phase, it could be in clinics within a few years.

At a meeting on Saturday of the National Fragile X Foundation, Seaside Therapeutics, a small biotech in Cambridge, Massachusetts, announced that in 15 children who had both fragile X syndrome and severe social impairments, STX209 significantly improved scores on several tests of social behaviors.

The drug didn’t work on everyone in the trial, but for some, it was remarkable. According to the lead investigators, some participants improved so much that they stopped taking other medications, such as antidepressants and antipsychotics, which can have nasty side effects. The researchers are indefinitely continuing an ‘open-label’ extension study, in which the participants knowingly take the drug while the company collects data on safety and long-term effects.

In 2002, Mark Bear, one of Seaside’s founders, famously showed that mouse models of fragile X syndrome have excessive activity of the chemical messenger glutamate. Accordingly, STX209 stimulates gamma-aminobutyric acid type B receptors, which effectively dampen glutamate signaling. Most of the other drugs in development for fragile X either also stimulate pathways that inhibit glutamate, or directly block glutamate receptors.

Although STX209 showed a trend of improving irritability and social problems in the wider group of 54 children and adults with the syndrome, the results were not statistically significant.

Seaside is also running a preliminary open-label study to test whether STX209 improves irritability in 30 children with autism. About one in three individuals with fragile X syndrome also have autism.

It’s unlikely that drugs developed for fragile X will improve the full range of symptoms on the autism spectrum, but given the current dearth of treatments, even small gains are reason enough for good cheer.