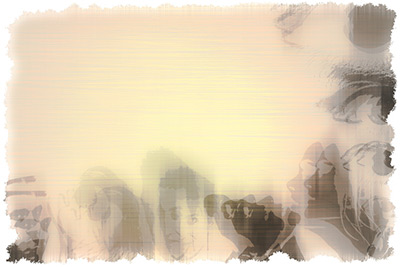 A 12-year-old boy sitting in the doctor’s office has poor social skills, makes friends with difficulty, finds life wholly unpredictable and can’t grasp sarcasm or irony. Every once in a while he slips into psychosis, with its hallucinations and delusions.

Should his diagnosis be autism or schizophrenia?

It may be hard to tell at first. Many symptoms of the two disorders, like the ones listed above, overlap. In the 1940s, there would have been only one answer: Autism was known as ‘childhood-onset schizophrenia’ before its classification as a distinct disorder.

The distinction still remains a foggy one, especially as researchers reveal various alterations of the same genetic regions, such as 22q11 and 3q29, as potential tinderboxes that might ignite either disorder.

The two also share several common risk factors, such having an older father, infection in the mother during pregnancy, and complications during birth.

A new study fans the flames for a link between autism and schizophrenia, finding that children with autism are at a three-fold greater risk of psychotic episodes in their teen years than their typically developing peers. The report was published in the August issue of the Journal of the American Academy of Child and Adolescent Psychiatry.

The researchers delved into population data from the Avon Longitudinal Study of Parents and Children, and analyzed information from nearly 6,400 of these children, born in Avon, England, between the spring of 1991 and the summer of 1992.

They gathered data on whether the children had a psychotic episode before age 12 or displayed autism traits between the ages of 6 months and 9 years. The researchers confirmed autism diagnoses or the presence of autism traits in 23 children and psychotic traits in 869 children.

Individual traits of autism, such as repetitive behaviors, social inhibition and poor ‘pragmatic’ skills (such as the use of sarcasm or irony), increased the odds of psychotic experiences 15 to 22 percent, the researchers found.

This association persists even after adjusting for maternal stress or housing and financial difficulties, all of which have previously been linked to psychosis. In fact, because many participants of lower socioeconomic status dropped out of the study, the researchers say they may have underestimated the prevalence of psychosis.

The researchers expected to see an association between autism traits and psychosis and the severity of a child’s social and language deficits, but they didn’t find one. In fact, as a child’s level of social inhibition increased, the odds of psychotic episodes decreased.

The researchers suggest that some cases of both schizophrenia and autism arise from brain damage before or around the time of birth, perhaps set in motion by a genetic predisposition shared by the two disorders.

Their finding on intelligence shores up this idea: They found that intelligence quotients below 70, which may also result from brain damage, increase the likelihood of psychosis.

If brain damage can cause both autism and psychosis, the researchers note, then the effects show up early in life in autism, but triggers later in life, such as stress, trauma or marijuana use, may cause psychosis to appear.