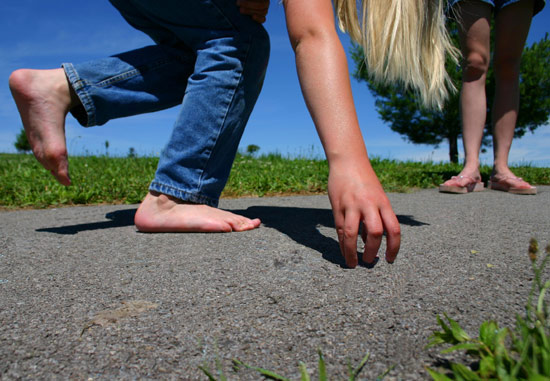 This past weekend, I was at a workshop where some of the top scientists in autism research assembled to discuss biomarkers. But the most powerful insights came not from the researchers, but a 7-year-old girl with the disorder.

SFARI invited 23 leading researchers to Stony Brook University in Long Island to discuss the importance of biomarkers in diagnosing autism. The organizers also invited Nicole*** and her mother to talk about their experiences.

Many of the researchers at the workshop are experienced clinicians who have worked for years with children who have autism. For example, Eric Hollander is a clinical professor of psychiatry and the girl’s doctor. But others, including Wei Zhu, a professor of applied mathematics who attended the workshop to consider collaborations with autism researchers, had “never seen a person with autism in my life,” as she put it.

Zhu was not alone, as many of the attendees either study other neurological diseases or the basic mechanisms underlying the disorder.

Nicole recounted her likes, dislikes and anxieties, showing that she is better able to describe her own experience with autism than any study could generalize for her.

This isn’t entirely surprising. I wrote, not long ago, about how there can be a disconnect between how researchers interpret the results of autism behavior studies and how individuals with the disorder might describe their own motivations.

The people in the room, including me, were struck by several things, perhaps most notably how eloquent and high-functioning Nicole is. Many researchers spoke about their concern that a young child who seems so “normal” is being treated with drugs — she takes one anti-epilepsy medication and another that alleviates hyperactivity.

But others pointed out that Nicole has clearly benefited from the drugs and intensive behavioral interventions that began at 21 months of age. Before she began taking the meds, according to her mother, Nicole used to have terrible temper tantrums that made it difficult for her to go out in public.

I was particularly moved by hearing, in Nicole’s own words, what she actually thinks as she experiences the cardinal symptoms of autism — in this case, a repetitive behavior she calls her “touchings.”

Nicole tends to touch things repeatedly, sometimes running back into the middle of the road to step on a spot. Although this behavior seems to be a classic compulsion, in Nicole’s mind it is much more.

“When I touch something [that’s] very hard inside, it feels like I leave something behind and then I just need to go get it,” she says.

Scientifically, this could actually be a response to a distinct sensory sensitivity.

Research from Ami Klin‘s lab shows that when children or adults with autism look at videos, what they see as the most important aspects of the scene are distinctly different from what typical individuals look at.

Spending only 20 minutes with Nicole served as a perfect reminder of this — and that we need to think of autism not as a general phenomenon, but as something experienced by different, diverse individuals.