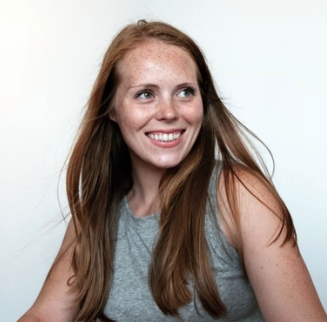 Erin Lefevre
Photographer
Sign up for Spectrum's newsletters
Thanks for subscribing! 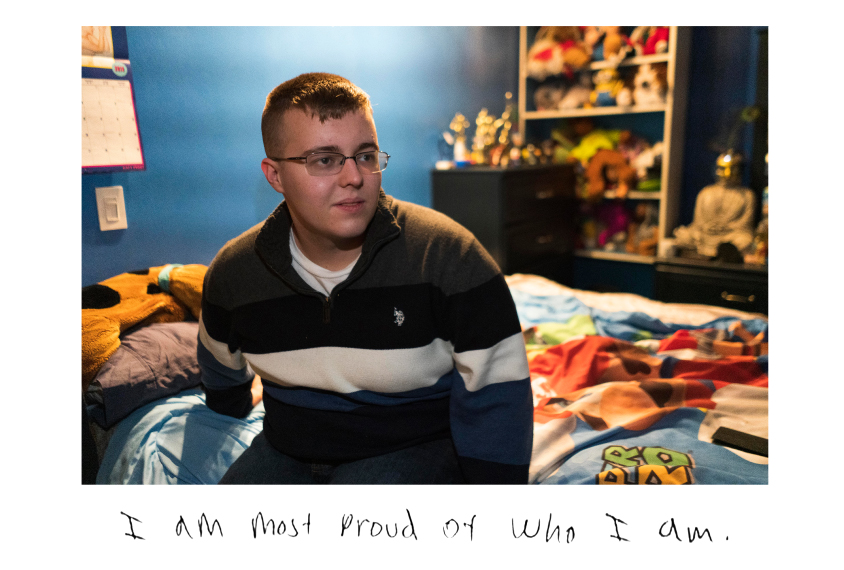 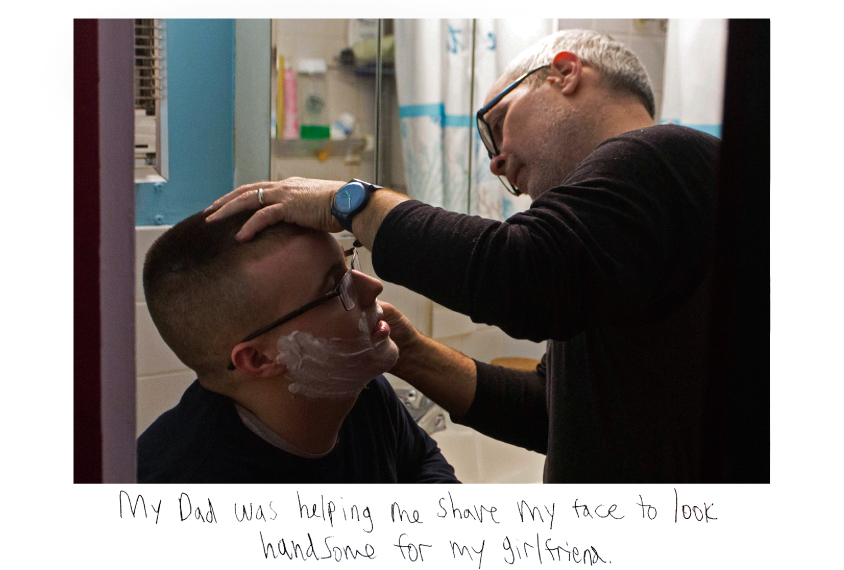 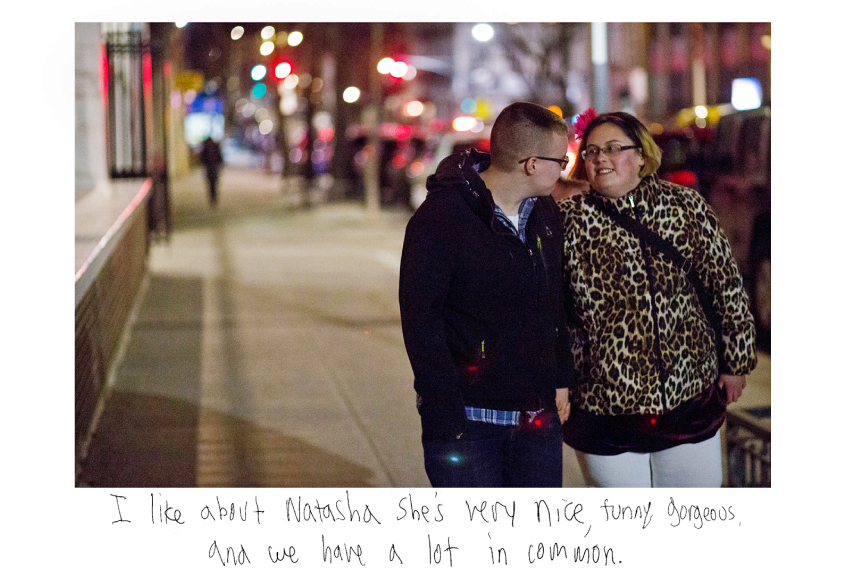 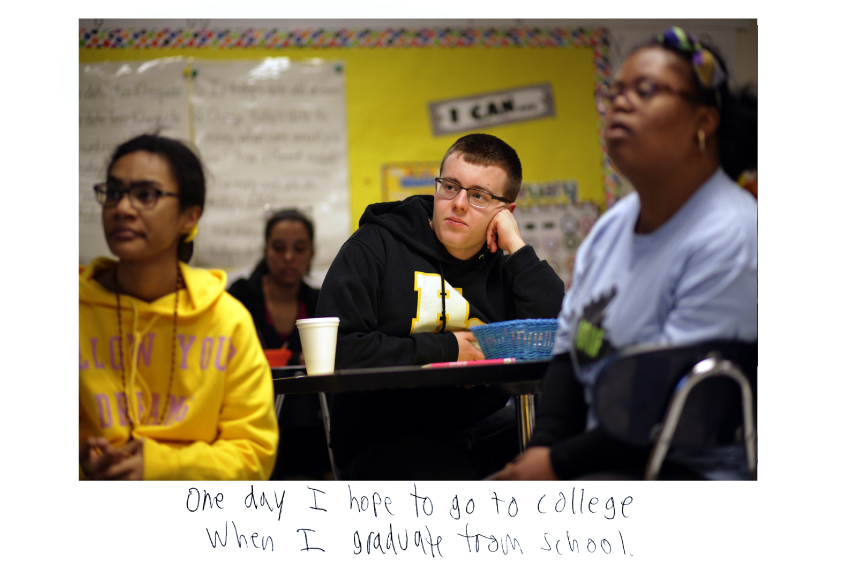 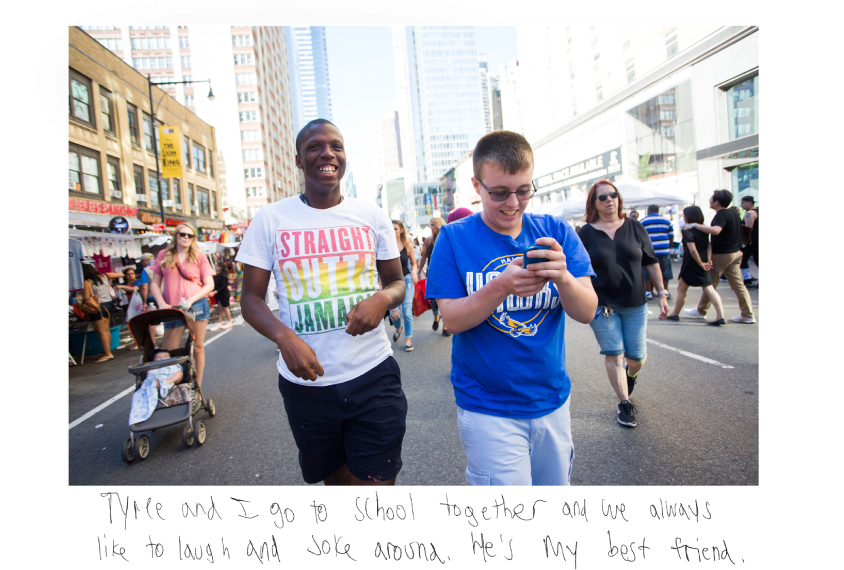 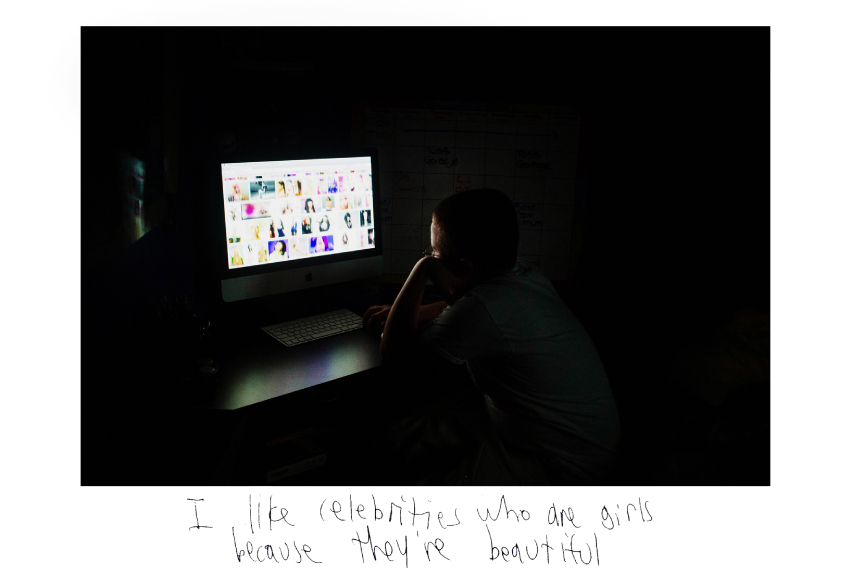 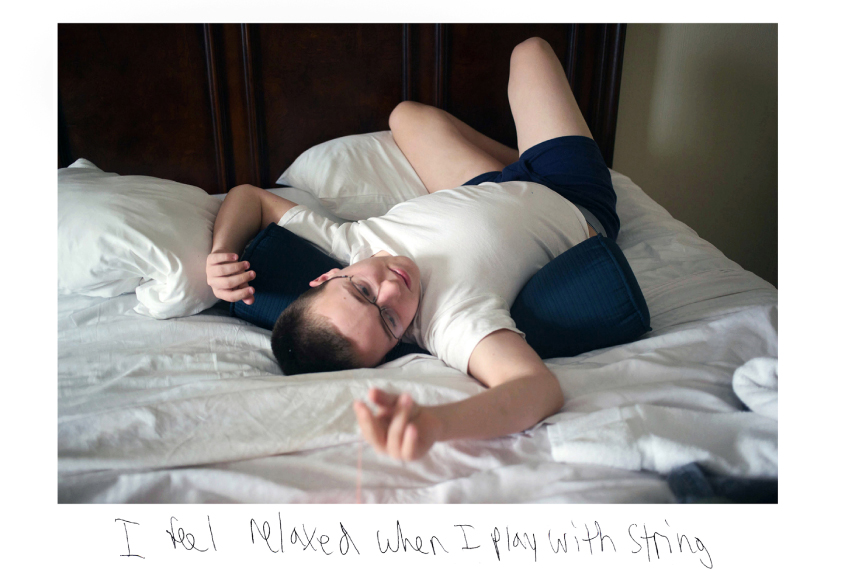 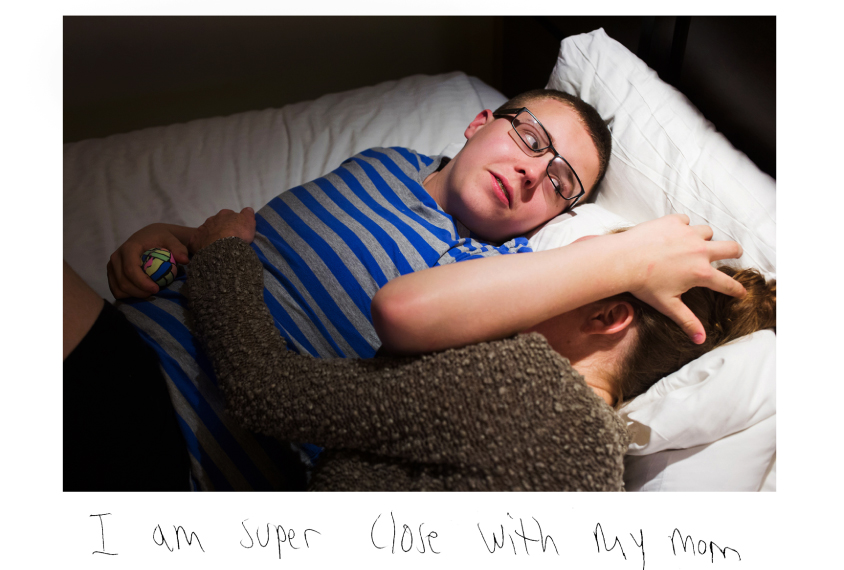 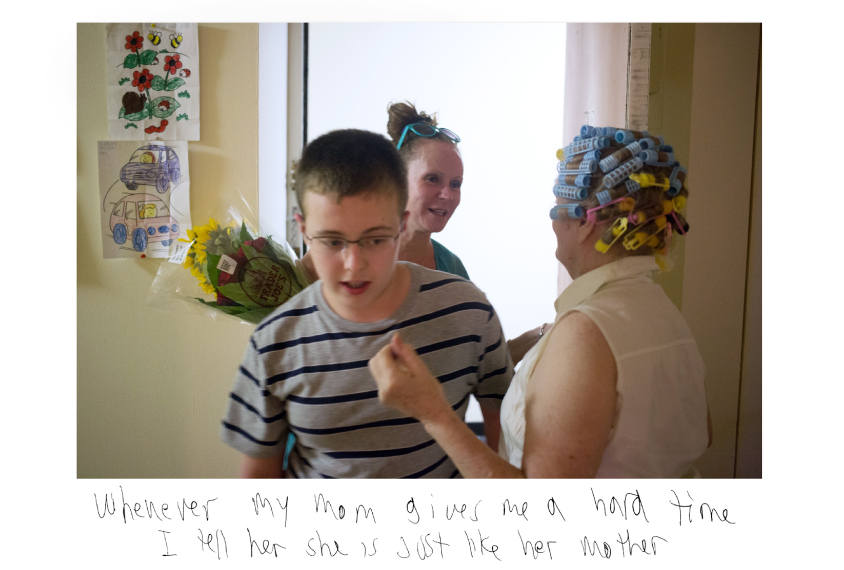 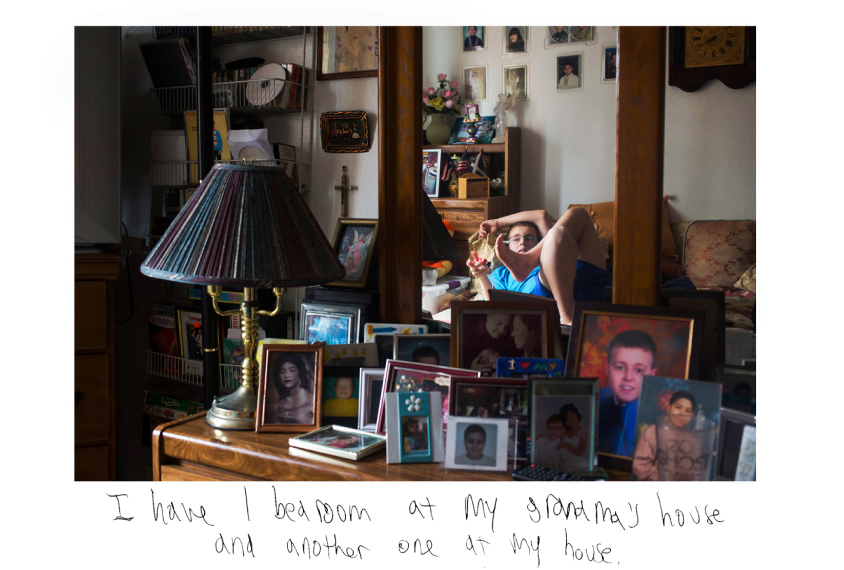 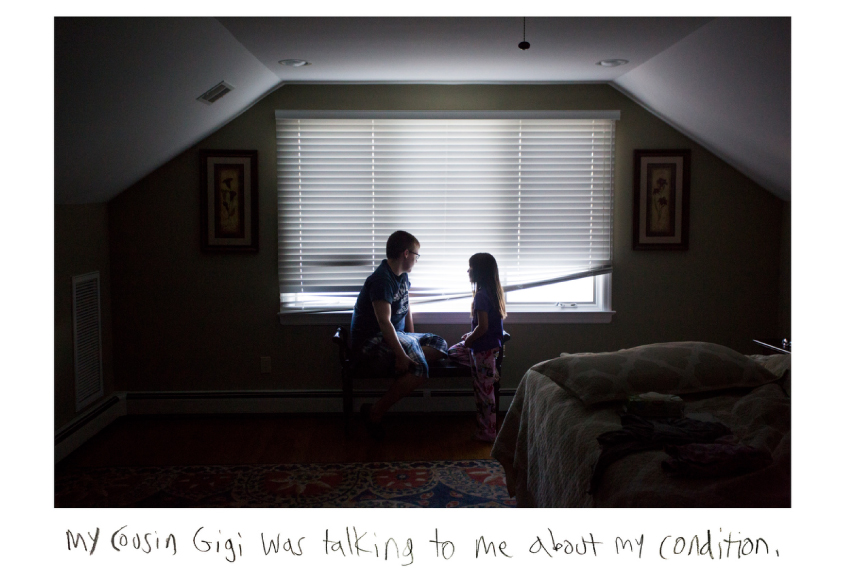 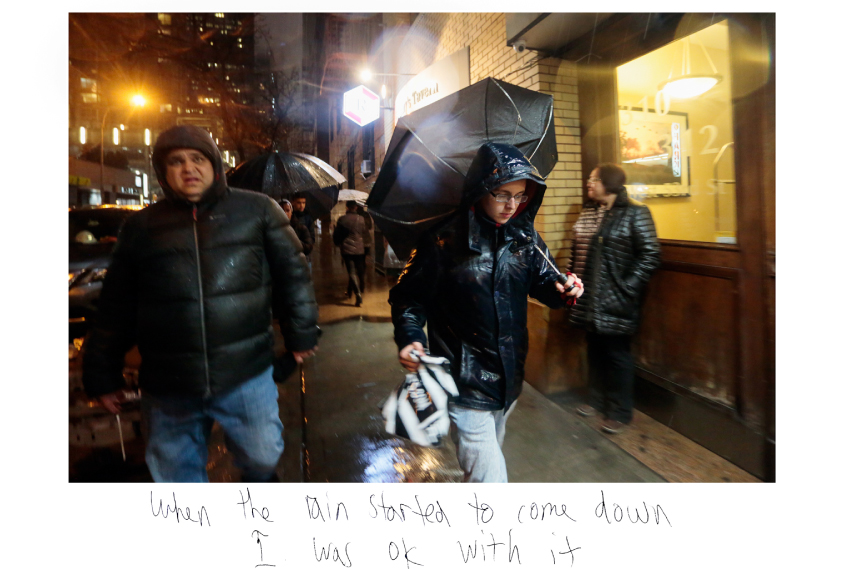 Visual stories by and about people with autism are crucial for raising awareness about the condition. Stock photography, films and television series have started to depict autistic people and characters, but the media landscape remains imbalanced and riddled with damaging stereotypes.

New York City-based photographer Erin Lefevre aims to help correct that bias through intimate portraits of her 19-year-old brother, Liam, who is on the spectrum. The ongoing series, titled “Liam’s World,” has received acclaim from The New York Times and the British Journal of Photography. In July, a photo of Liam ‘stimming’ — engaging in a repetitive behavior, playing with string — won the prestigious Wellcome Photography Prize 2019.

Lefevre collaborates with her brother, who gives her feedback on the photographs and captions them. Liam’s handwritten captions, which Lefevre adds digitally to each image, describe what he was doing or thinking when she took the photograph. The captions are personal and often witty, providing insight into Liam’s experiences as a young man coming of age in New York City.

Spectrum: How did you begin this series?

Erin Lefevre: I started the project in 2014 when Liam was 14, so it has been ongoing for five years. This was back when I was introduced to documentary photography at the San Francisco Art Institute. I was interested in seeing him transition from preteen to adult. For the first four years, the project only had photos of Liam. As it progressed, it started to feel like something was missing. When I showed the work, I would get frustrating comments like, “It doesn’t look like anything is wrong with him.” But my point was not that anything was wrong with him. It was that he sees the world differently, and I wanted to express that. One day I decided to have him write the captions out. That is when the project really began.

S: How do you collaborate with Liam on the project?

EL: Whenever I photograph Liam, over a couple of days, I put all the photos together in a folder and I let him look through them. He picks the ones he likes. I ask him if he can tell me why. He explains which ones he likes. If I have two photos from the same time and I can’t decide, or if I am really stuck on an edit, I ask Liam his opinion.

S: What are some of the challenges of the project?

EL: People say it is easy photographing your family. It is true you have access and established intimacy, but you also need some distance to look at your family objectively. As a photographer, you have to separate yourself a little.

S: Who is your ideal audience?

EL: Anyone who sees it. I think it is great when families and people with autism see the work and they see similarities. And people who are not familiar with autism — I want to give them a different perspective and offer them a chance to look at new subjects with a fresh perspective. I also hope the work can be an educational tool for people to see what living with autism can be like.

S: You are involved in a project with the stock photography agency Getty Images to award a grant called Disability Stories. What is the project about?

EL: Getty does a creative bursary every year on different topics. This time, they decided to offer a one-time grant for stories about all kinds of disability. They partnered with Verizon Media, and Verizon matched Getty’s award. So this is actually the biggest Getty grant — $40,000 has been allotted for stories about disability. I am one of five judges.

We’ve seen so many inspiring stories about disability, everything from what life is like living as a disabled photographer to photographing other people with disabilities, autism and chronic illness. It was really hard to judge because it was such a high caliber of work and there are so many important stories and topics that go underreported. But it was inspirational to see that so many people care and are working on stories connected to disability.

S: How has being a sibling of a person with autism influenced you?

EL: When I was growing up, it was a time when people were still figuring out what autism was. I don’t like to sugarcoat anything. So I am not going to say that childhood was a breeze and it was easy for the family. It was not.

There are some challenging behaviors at times, just like being a child in general growing up.  Neurotypical children can be really difficult, too. Especially in New York City, because everything is so much more intense here. It is so expensive and you have to work extra hard. It is difficult to find good schooling. I cannot speak for my parents, but observing them, I do think there were some challenging moments, just because you are trying to figure out your family arc with a child who has special needs. But as a family you stick together and you work through it. Everyone weathers the storm together.

It is also worth noting that I am now a special-education teacher. I work as an art teacher in District 75, a New York City public school district for children with moderate to severe disabilities. All but three of the students in our school have autism. Understanding them has helped me to better understand my brother, and because I understand him, I am better able to understand my students; it is a really nice balance. I have always been passionate about teaching, so doing this is very rewarding. It can be tiring at times, and I am still in my first year. But it feels like a really nice balance to the kind of photography I like to do.

S: What is the future for this project and for Liam?

I will continue to portray my brother’s life, showing the everyday challenges. I hope to photograph him long term, to shoot milestones. The work has definitely brought me closer to Liam. I have come to better understand his world, his perspective.