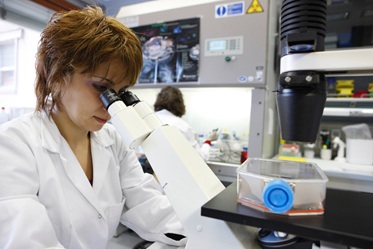 But the news is not so bleak for research on autism and related disorders.

Novartis will continue its clinical and preclinical research on fragile X syndrome, an inherited form of mental retardation and the most common genetic cause of autism, as well as its broader efforts on autism, according to Jeffrey Lockwood, a spokesman for Novartis.

The company is one of a handful developing drug candidates that block mGluR5, a glutamate receptor shown to play a role in fragile X. In January, Novartis researchers published a study in Science Translational Medicine reporting that one of the company’s compounds, AFQ056, blocks production of the receptor, improving symptoms in some individuals with the syndrome.

Novartis’ new neuroscience efforts will focus more heavily on the genetics of psychiatric and neurological diseases, including autism. According to a news article in Nature, the company plans to open a new research division in Cambridge, Massachusetts, which will take advantage of the area’s expertise in genetics.

“Progress based on neurotransmitters has become small and incremental,” Mark Fishman, head of drug research at Novartis, told Nature. “Genetic analysis will provide a real scientific opportunity in psychiatric and cognitive disorders, even if new drugs only arrive in the distant future.”

At a panel discussion before the 2011 Society for Neuroscience annual meeting in Washington, D.C., some experts were pessimistic about the prospects of new drugs for the disorder.

But others cited the growing number of autism risk genes and new mouse models as evidence that the field is moving closer to developing treatments.