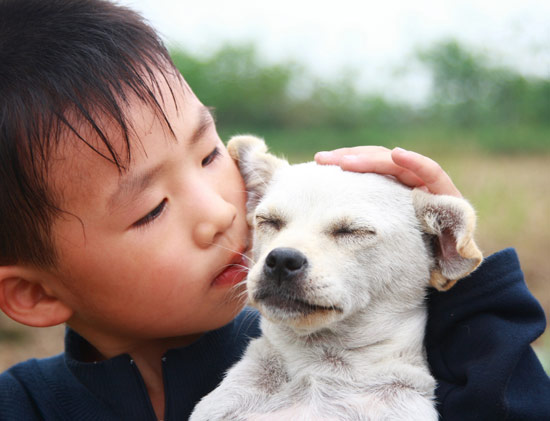 Dogs, cats, horses, dolphins, gerbils — could animals be the key to helping people with autism?

For decades, some therapists have argued that using pets in therapy sessions helps children feel more at ease, focus their attention and communicate better. For example, a study published last year found that when children who have autism are with their therapy dogs, the amount of cortisol, a stress hormone, in their saliva plummets.

This was one of the first reports to put animal therapy under scientific scrutiny, following heaps of compelling anecdotes in the popular press.

Last month, The New York Times featured the work of Aubrey Fine, a psychotherapist who uses animals extensively. Fine said, among several examples, that his pet gerbil helps hyperactive children calm down. The 2009 bestseller The Horse Boy details how a boy with severe autism expanded his vocabulary, stopped having tantrums and even made a few friends after an epic horseback trip through Mongolia.

In the late 1990s, a couple of studies came out claiming that dolphin-assisted therapy — in which children get to swim with dolphins as a reward for good behavior — increases motivation, attention, motor skills and language in children with disabilities, including autism.

The dolphin studies turned out to be severely flawed. But a new wave of studies is hoping to test animal therapies more systematically.

The New York Times reported that the candy company Mars, which also makes pet food, is working with the National Institute of Child Health and Human Development on several animal therapy studies, including one that investigates the therapeutic effects of horseback riding, and another searching for the best cat breeds to work with children who have autism.

For now, there isn’t much scientific evidence that animals help children with autism — but that might not matter to the families who see the benefits themselves. As one father writes of his son: “Thanks to the bond between our feline relatives and us, Richard has friends, attends college and is not ashamed of having autism.”