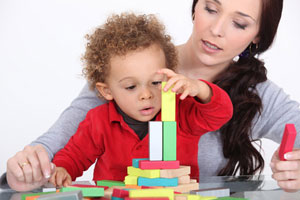 Parents of children with autism have a wide array of treatments to choose from, but which therapy works best? That’s impossible to answer, according to a systematic review published 1 November in Pediatrics.

The most convincing support available is for intensive behavioral therapy, as well as for some social skills training and a method used to help nonverbal children communicate.

The report, conducted by the RAND Corporation, a California-based nonprofit research organization, is an analysis of more than 100 studies, each with ten or more children.

Overall, evidence for the benefit of behavioral treatments for autism is modest at best, according to the review. And there isn’t enough information to determine which type of behavioral therapy is the most effective.

To analyze the data, the researchers convened a panel of experts in psychology, child psychiatry, developmental pediatrics and education, as well as parents of children with autism. The panel members evaluated a wide array of non-medical therapies, including behavioral and developmental approaches, speech and language therapy, and sensory motor interventions.

ABA and ESDM are among only a few therapies that have been tested in randomized controlled trials, the gold standard for evaluating effectiveness. And each has been shown to improve language ability, adaptive skills, intelligence quotients or cognitive ability.

The review also found modest evidence that the more intensive the therapy, in terms of hours per week, and the longer a child is treated, the more he or she improves.

Randomized controlled studies are time-intensive and expensive. Another hurdle is the lack of a standard control group.

It would be unethical for researchers to dictate that a control group of children would receive no therapy at all, or a therapy designed to be ineffective (corresponding to a placebo group in drug trials). So they instead often assign the control group to receive intensive community therapy. Because these therapies are also often effective, it can be difficult to pinpoint the most important components of behavioral therapy.

In fact, a study published in November found that ESDM and the community therapy used as a control both normalize brain activity in response to faces in individuals with autism.

The Pediatrics report concludes that without more such head-to-head comparisons, it’s impossible to recommend one therapy over another. It also recommends that researchers follow participants long-term to see how the therapies influence development over time.

Overall, the researchers say that children with autism should receive 25 hours each week of early intensive therapy to address social communication, language and play skills.

However, they found little evidence for auditory integration training, an approach designed to improve hypersensitivity to sound.