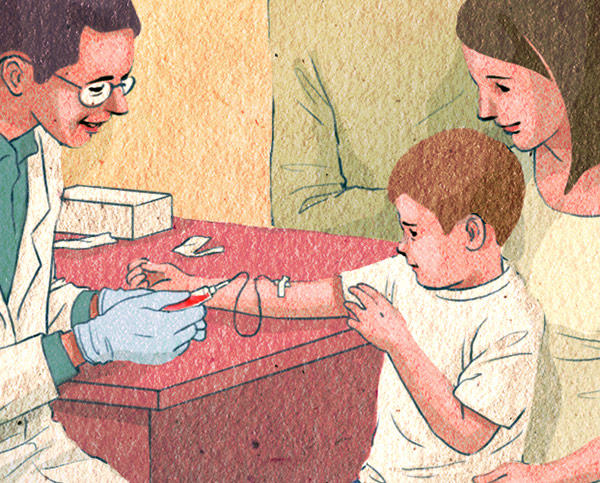 Autism is a complex disorder that often has no clearly discernible cause. But in some cases, a person carries a genetic variant that is a known risk factor for autism. Genetic testing can reveal these factors.

But given that the results of these tests aren’t likely to point to a treatment, what purpose does this information serve?

As a journalist who writes a lot about autism genetics, I’ve encountered vastly different answers to this question.

At a conference in March, I heard one perspective from a scientist who has a son with autism. Having spent her career searching for answers, she instinctively wanted to know as much as she could about her son. In a spectacular coincidence, she learned that her son has a mutation in the same gene she had studied for years. The findings didn’t guide treatment decisions, but she said knowing the origin of her son’s autism was hugely gratifying.

Another researcher, Thomas Bourgeron, once told me about a mother who learned years after her son was diagnosed with autism that he has a mutation known to cause a severe form of the disorder. Before getting this information, she had succeeded in teaching her son to talk, which is unusual for people with this mutation. Had she known this earlier, she told Bourgeron, “I would not have fought like this. I wouldn’t have thought I could fight the genome.”

These anecdotes illustrate that the results of genetic testing affect people in vastly different ways, but there has also been little research on the subject. A study published 12 June in the Journal of Autism and Developmental Disorders found that more than 60 percent of parents who received a genetic test result for their child with autism considered the information at least somewhat helpful.

The tests use so-called clinical microarrays, which compare an individual’s DNA with a reference genome on a chip. This method can detect duplications or deletions of DNA, some of which have clear links to neuropsychiatric disorders.

As might be expected, the parents who found out about a risk variant were the most likely to find the test useful. The only two respondents who said the results were ‘extremely helpful’ for their child, for example, received a definitive result. Still, 12 of 18 parents who received no information from the test found its results at least ‘moderately helpful.’ Only 1 of the 18 said the test was not helpful at all.

As with the scientist I met, parents who have a child with a risk factor were relieved to have some understanding of the disorder’s origins. One parent, for example, used the result to refute a teacher who believed her son was “just arrogant.” Another regretted having looked for easy solutions in alternative treatments: “I would have never considered doing half the stuff to [the] poor [child] that we did,” she said, citing chelation treatments, purported to rid a child of toxins.

Parents who did not find out any information were happy to rule out certain potentially serious genetic disorders, such as fragile X syndrome. The test also helped them decide whether they wanted to have more children. And 13 parents were generally happy to feel more informed, no matter the result.

After receiving the results, a few of the parents were able to find other families affected by the same rare mutation. As genetic testing for autism becomes common, families are forming groups that can offer support as well as provide an entrée for research into autism subtypes.

The tests did prompt some negative emotions and confusion, however. A few parents expressed guilt that their genes had harmed their child. Others were frustrated that the results were not immediately helpful. Still others misinterpreted the findings. For example, several parents who received an uninformative test believed that this meant that their child’s autism has no genetic component at all.

Overall, the findings support my instinct that information is almost always valuable. Counseling about what to expect from test results and how to interpret them may help mitigate the negatives.