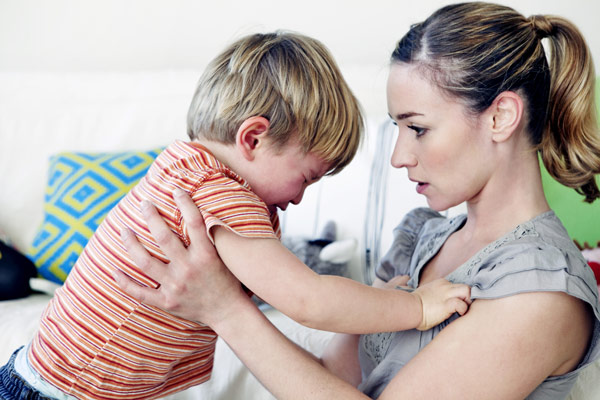 Up to half of all children with autism display disruptive behaviors, which can range from minor temper tantrums to full-blown aggression. These outbursts can interfere with everyday activities, amplify the social isolation of these children and endanger them and those around them. The behaviors can also cause their parents significant stress.

A new study suggests that an intensive training program for parents may help manage problem behaviors in children with autism. The training, described 21 April in the Journal of the American Medical Association, may allow doctors to lower the dose or boost the efficacy of drugs used to curb aggression and irritability in children with autism. Aripiprazole and risperidone, the drugs prescribed for this purpose, can cause weight gain and other unpleasant side effects.

The researchers studied 180 children aged 3 to 7 years who have both autism and behavioral problems. The parents of 89 of these children participated in a 24-week training program designed to help them manage their child’s disruptive behaviors. Each parent attended at least 11 hour-long sessions with a therapist.

In the sessions, the parents learned to better understand problematic behaviors and to detect and prevent situations that can trigger them. They also learned how to reinforce desirable behaviors and to ignore or discipline undesirable ones.

The parents of the remaining 91 children constituted a control group. These parents attended 12 hour-long classes about autism and its treatment, but received no instruction on managing problem behaviors.

Every four weeks, a doctor evaluated each child without being aware of whether the parents were in the training group. The parents also completed two questionnaires about the severity of their child’s unruly behaviors at the same time points.

Parents who participated in the training program reported a 48 percent decrease in the severity of tantrums, aggression and self-injury among their children. They also noted a 55 percent drop in the difficulty their children had following rules and instructions. By contrast, parents of children in the control group reported 32 and 34 percent reductions, respectively.

Among the children who showed fewer disruptive behaviors after parent training, 79 percent showed sustained improvements 24 weeks after the end of the trial.

Although the findings need to be replicated, they raise hopes for a much-needed alternative to drugs for difficult behaviors in children with autism. By learning to spot and sidestep certain triggers, parents may be able to ease aggression and self-injury in their children without having to worry about side effects.