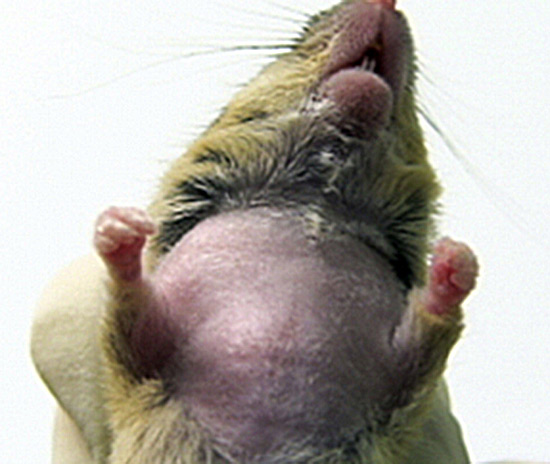 Families with autism often have a history of other psychiatric illnesses. Topping this list is obsessive-compulsive disorder, or OCD, which is characterized by repeating behaviors such as handwashing.

No one has pinpointed genes or pathways that cause the condition and, partly because it can be triggered by ordinary stressors, it’s difficult to diagnose. Its biology becomes even more baffling with the release of two new mouse models of compulsive behaviors, each implicating a different type of brain cell.

Circuits in the striatum are also highlighted in one of the new studies, which appeared in May in Nature Medicine. By knocking out part of SLITRK5, which encodes a synaptic protein found in the striatum, researchers created mice whose intense self-grooming leads to severe facial lesions.

The second new report looked at mice carrying mutations in the HOXB8 gene. Scientists first noticed in 2002 that these animals feverishly groom themselves and their littermates, but didn’t know why. In the 28 May issue of Cell, they reported that HOXB8 is expressed only in microglia, immune cells that originate in the bone marrow and then migrate to many regions across the brain.

Although the two studies finger very different systems, they might explain how and why OCD and autism overlap. For instance, some people with autism have movement problems, or abnormally big striata.

There are also many genetic and neurobiological links between the immune system and autism. Most relevant, a study presented at a meeting last year found that postmortem brain samples from individuals with autism have large numbers of microglia.