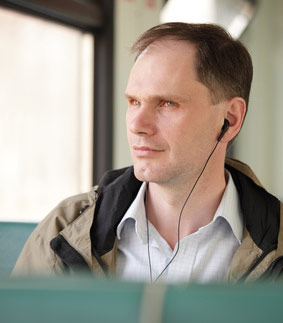 Some children with autism have unusual musical abilities — perfect pitch, for example, or the ability to sing songs, even before speech develops. But given the social and emotional nature of music, do people with autism respond to music the same way others do?

Researchers at the University of London sought to answer this question both by simply asking children with the disorder how they feel about music and by assessing their physiological responses.

They estimated the latter by analyzing skin conductance, also called galvanic skin response, an indicator of nervous system arousal measured through non-invasive electrodes on the skin. When most people listen to music, their skin conductance rises.

The researchers asked 23 adults with high-functioning autism and 24 controls to listen to 12 musical selections and 6 samples of environmental noise, such as running water. Both groups have normal hearing and similar language ability.

According to the results, published 3 July in the Journal of Autism and Developmental Disorders, those in the autism group show no signs of an impaired physiological response to music. In fact, there is large variability within both groups, because factors other than autism influence how people respond to music.

When the researchers asked both groups to choose emotional words from a given list to describe the musical selections, they found that people with autism tend to choose fewer words than controls do.

This also does not seem to be caused by autism per se, but rather by an individual’s ability to verbally express his or her emotions. Researchers measured this characteristic, often impaired in autism, via a questionnaire. The resulting scores correlate with the number of words chosen in both people with autism and controls.

The findings show how important it is to determine whether and how well a test measures the questions being asked. If the scientists had only looked at word response, they might have assumed — wrongly — that people with autism don’t respond to music the way the rest of us do.