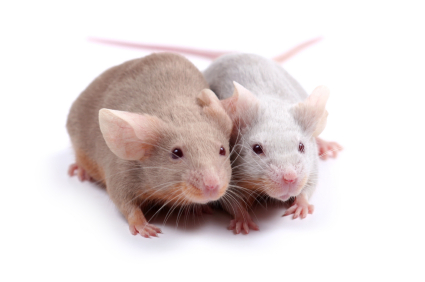 In Chinese culture, 2011 is the year of the rabbit. In the autism research field, it seems to be the year of the mouse model, with five new mouse strains that carry the same genetic glitches as some people with the disorder.

By my count, that means researchers now have access to more than a dozen mice carrying genetic signatures linked to autism.

The idea is that by altering an individual candidate gene or genetic region in a mouse, scientists can better understand how it causes particular behaviors. These studies are exciting, but I think it’s also important to reflect on the mutant mice that, despite carrying an autism-linked genetic variation, don’t show any autism-like behaviors.

Case in point: a mouse model lacking a working version of SEMA5A, described in the November issue of Behavioural Brain Research. After performing ten standardized behavioral tests on this mouse, the researchers concluded that it has no autism-specific characteristics.

This surprised me because SEMA5A was, not so long ago, a pretty high-profile gene. In 2009, a huge research consortium reported in Nature that individuals with autism are significantly more likely to carry a common variant near the gene than are those without the disorder. What’s more, the team found lower levels of the SEMA5A protein in postmortem brain tissue from people with autism compared with controls.

There’s little doubt that the gene is important for brain development. Many studies have shown that it’s involved in positioning developing axons, the skinny projections of neurons. In 2005, researchers made mice missing both copies of the gene and found that all of the mice die in utero.

When the gene is knocked out of a mouse strain with a different genetic background, however, the mice survive with no major problems. The new study looked for features of autism in this mouse strain.

The researchers tested social interactions, communication, repetitive behaviors, memory, anxiety, clumsiness and reactions to sensory stimuli — in other words, all of the recommended assays for testing autism-like behaviors. They found nothing out of the ordinary, except for a bit more activity and anxiety on certain tests.

These sorts of negative studies don’t get much attention, but I think they should. Here we have an example of two animal models of the same interesting autism candidate gene. When carried by one kind of mice, it causes early death, and by another, it does little at all.

There are at least five different mouse models of SHANK3 and these, too, show intriguing differences. The fragile X mutation also causes a wide variety of behaviors depending on which mouse strain carries it.

Now that the field has created such an impressive library of mouse models, perhaps it’s time to stop growing the library and begin checking out its fascinating books. 2012 could be a year of comparing existing mouse models against different genetic backgrounds or against each other.