Mothers of children with autism share their sensory problems 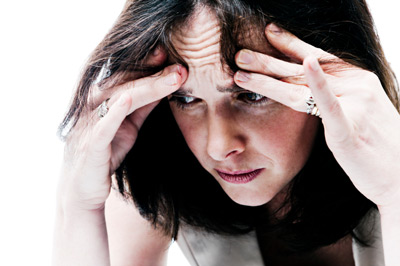 A small study published 3 April in Molecular Autism found that 98 percent of mothers of children with autism have unusual responses to sensory stimuli, including light, sound and touch.

Up to 90 percent of children with autism show sensory problems, fixating on or avoiding certain smells, sounds or textures. As a result, the newest edition of the Diagnostic and Statistical Manual of Mental Disorders lists abnormal sensitivity in one or more of the five senses as a core diagnostic feature of autism.

Unaffected siblings of children with autism have been reported to have atypical sensory responses, but the new study is the first to examine parents.

The researchers recruited 50 mothers of children with autism from schools and support groups in South Wales, U.K. None of the women have autism, and a multidisciplinary team confirmed their children’s diagnoses. (The researchers did not include fathers in the study because few responded to recruitment efforts.)

The women filled out the Adolescent/Adult Sensory Profile, a 60-question test for rating sensory experiences, such as their comfort with physical proximity to another person. The researchers compared the women’s answers with those from the general population from another study.

Overall, only 2 percent of the mothers of children with autism gave standard responses to the questions compared with 68 percent of the general population.

The women fall into one or more of four sensory subtypes, defined by high or low sensitivity to stimulation, such as noise or touch, and whether they actively seek or avoid it, or passively tolerate it.

Also, 22 of the women are hypersensitive but tolerate circumstances, such as a bustling crowd or a feeling of vertigo, that make them feel uncomfortable. And 24 actively avoid sensory stimuli that they find unpleasant, such as loud music, instead seeking out familiar foods and surroundings.

It’s unclear whether genetics contributes to these sensory patterns, but a larger study examining the relationship between unusual sensory response, autism traits and additional disorders in family members may clarify the link.