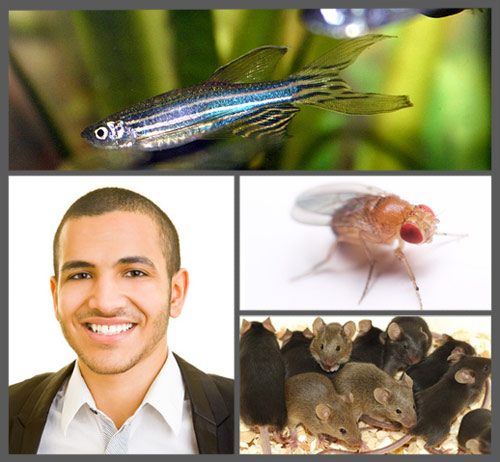 Using genetically characterized model organisms to mimic human disease is a fixture of scientific research. But could the stunningly rapid advances in human genetics of the past decade spell the end of the road for animal models?

An opinion piece published in the August Nature Reviews Genetics asks this question of five geneticists, who each affirm the continued importance of various model organisms, from yeast to rats1.

I took the opportunity at a meeting held this past weekend by SFARI to pose the same question to several autism researchers.

Overall, the people I spoke with, who ranged from clinicians to neurobiologists, also say that as we learn more about human genetics, model organisms will only become more valuable.

Human genetics data will allow researchers to be more specific and to better utilize animal models, says Catherine Lord, a clinical psychologist at Weill Cornell Medical College in New York, who pioneered the gold standard tool for diagnosing autism. However, a continued back and forth between the models and human data is crucial, she says.

For example, animal models are being outfitted with non-invasive imaging devices traditionally used on humans, such as electroencephalography recordings. Matching up the brain signatures of animals to those of people can tell us more about the underlying mechanisms of autism2.

Animal models will also provide researchers with a way to assess the seemingly endless stream of autism candidate genes that are emerging from the genetics literature.

Human geneticists are identifying numerous copy number variations, deletions or duplications of DNA regions, each of which include several autism candidate genes, notes Hazel Sive, a developmental biologist at the Massachusetts Institute of Technology in Cambridge. Sive uses zebrafish embryos as a tool to study autism.

“The chances of finding a mutation in each of these genes in individuals are very slim. So how do you narrow down the role of each gene?” asks Sive. The answer, she says, is models like zebrafish, in which it is relatively easy to engineer combinations of gene mutations.

Animal models can also provide data about candidate genes that human studies do not. For example, SHANK1, a member of the same family as the autism-linked gene SHANK3, has not been associated with autism in genetics studies. However, a mouse lacking SHANK1 has communication deficits that resemble features of autism.

Benjamin Philpot, a cell physiologist at the University of North Carolina at Chapel Hill, strikes a note of caution, however. It is clear that there are going to be hundreds of genes relevant to autism and the field will need to ask itself if it’s going to be worthwhile to create a mouse model for each gene, he says.

Despite the new role that animal models play in parsing out human genetics data, they also continue to hold the traditional and unenviable distinction of participating in studies that humans cannot. Animal models are a necessary intermediate for testing therapies and for experiments that would be unethical in humans, notes Karen O’Malley, a neurobiologist at Washington University in St. Louis. As Lord points out, “We can chop up their brains.”