Skip to main content
Opinion Conversations on the science of autism research.
See All in Opinion
Opinion 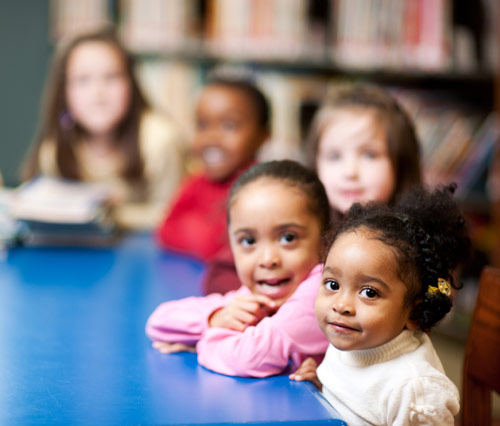 Early diagnosis is the key to delivering the most effective therapy for autism. But a growing number of studies suggest that the time of diagnosis can vary greatly across different populations, ethnicities and countries.

A new study adds to these findings, highlighting how important it is to take cultural factors into account when screening for autism.

The researchers studied 65 Caucasian and 19 ethnic minority children with autism, including 11 African-American, 7 Asian and 1 Hispanic child, all of whom were involved in an early intervention study. Minority children had lower scores in a number of tests, including those assessing deficits in language, communication and motor function. The research was published last month in the Journal of Autism and Developmental Disorders.

The results don’t seem to depend on socioeconomic status. Most parents in the study were considered upper middle class, which was determined based on education and occupation level. That confirms some findings from previous studies that uncovered differences in autism rates among ethnic groups that weren’t accounted for by class.

The study’s authors suggest that parents of minority toddlers may not detect subtle communication delays early in childhood, which in turn might lead to later diagnosis. (In this case, the researchers did not have explicit data on age of diagnosis.)

The reasons for the difference are not yet clear, but the researchers speculate on a number of possible cultural factors. For example, in some Asian cultures, making direct eye contact with adults is considered disrespectful, so parents might not notice deficits in this behavior.

Differences in how various ethnic groups communicate with doctors might also play a role. “Parents from cultures that place a strong emphasis on ‘respect for authority,’ such as Asian and Hispanic cultures, may not question their healthcare provider’s practices or decisions,” the authors write.

The study also illustrates what is likely a widespread problem in autism research, and perhaps in childhood disorders more broadly. Only 5 to 15 percent of the families that participated in the study came from a lower middle class or lower class background, suggesting that children from lower socioeconomic classes are underrepresented in research.

There are a few caveats to this report. The number of minority children was small — only 19 altogether — and the different minority groups were clustered together in the analysis. Because different cultural factors may be at play in different ethnic groups, it will be important to run larger studies in which autism symptoms can be assessed in each group separately.

Information on the specific symptoms that triggered parents to seek medical help could also give insight into how autism is detected in different populations.

Larger studies are also needed to evaluate one other possible explanation for the findings: that there are real phenotypic differences in children with autism from different ethnic backgrounds. Different ethnic groups have different frequencies of genetic mutations, which might in turn contribute to different manifestations of disease.

Sorting out these biological and cultural factors is challenging for many disorders, and will be especially so for one as complex as autism.