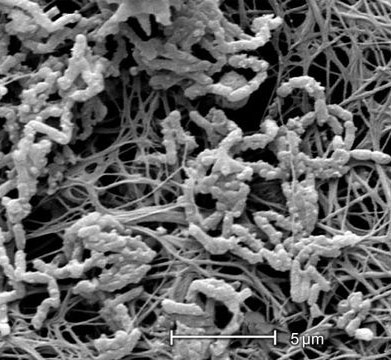 Microbes make up a startling 90 percent of the cells in our bodies. But because the vast majority are difficult or impossible to grow in the lab, the details of this microscopic menagerie have largely remained a mystery.

That’s changing, thanks to faster, cheaper sequencing technologies, which allow scientists to explore our microbial inhabitants more closely than ever before. A slew of new papers in Nature, Science, and three journals from the Public Library of Science — PLoS ONE, PLoS Computational Biology and PLoS Genetics —published in the last two weeks report the first results from the Human Microbiome Project, a five-year, multi-institute effort, funded by the National Institutes of Health, to comprehensively catalog our microbes.

Having this catalog will allow scientists to assess how microbial profiles are altered in different disorders, including autism. Some studies have reported changes in the microbial profiles of some children with autism, for example, which might help explain the high incidence of gastrointestinal complaints associated with the disorder.

For the Human Microbiome Project, researchers collected samples from 242 healthy people ranging in age from 18 to 40, from up to 18 different body sites, targeting five main body areas — the airways, skin, oral cavity, digestive tract and vagina. They took samples from each person up to three times over nearly two years.

The researchers found more than 5 million microbial genes, a number that dwarfs the approximately 20,000 genes in the human genome. That genetic complexity hints at the myriad roles these microbes play in our health.

The studies also found that the types of microbes can vary widely from site to site on the body and from person to person. But even though the microbes vary among individuals, their overall function — breaking down energy sources, for example — is similar from person to person, the researchers say.

Microbes also have a role in immune function, which has been implicated in autism as well.

Children with autism are thought to have different microbial populations than controls have, including a family of bacteria called Alcaligenaceae, and abnormally high levels of Clostridium bacteria. Some species of Alcaligenaceae are harmful to humans, causing whooping cough, for example. But it’s not yet clear how these microbes affect children with autism.

Children with autism have also been reported to have higher concentrations of P-cresol, a toxic compound produced by microbes, including Clostridium.

Moreover, animal research suggests that our microbial inhabitants can influence brain development and behavior. Mice raised without microbes have different patterns of gene expression in the brain and are more hyperactive than controls.

In all these studies, however, it’s unclear whether the differences cause the symptoms or are a result of having the disorder. New tools developed as part of the Human Microbiome Project, along with a baseline map of microbial variability, should allow researchers to better characterize the microbiome in autism and understand how it contributes to the disorder.

Correction: This article has been modified from the original. It has been changed to reflect the fact that the studies of the microbiome in children were not part of the Human Microbiome Project.