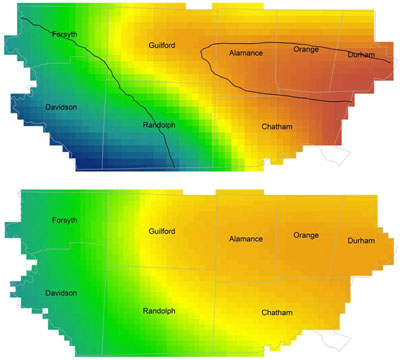 Scientists have come a long way in uncovering some of the genetic factors that contribute to autism risk. But definitive data on environmental factors are harder to come by.

A new study, published 31 October in Environmental Health, finds that geographical differences in prevalence can largely be accounted for by socioeconomic factors. The study confirms the importance of controlling for variables such as education when searching for environmental links to autism.

The researchers looked at autism prevalence in eight different counties in North Carolina, using data from the Autism and Developmental Disabilities Monitoring Network. That’s the same database that the Centers for Disease Control and Prevention uses to estimate autism rates across the U.S.

They found that certain counties have higher autism rates. But controlling for maternal age, race, level of education and other socioeconomic factors lowers that variability. (Similar adjustments have a much smaller effect on rates of intellectual disability, however.)

For example, the researchers say, mothers living in areas where the unadjusted autism prevalence is highest are approximately 1.75 times more likely to have completed college than women in the study area as a whole.

A number of studies by Peter Bearman, professor of social sciences at Columbia University in New York, highlight the profound influence that social factors can have on autism prevalence.

For example, a 2010 study found that children are 42 percent more likely than average to be diagnosed with autism if they live within 250 meters of a child who has autism. That rate decreases with increasing distance from a child with autism.

Scientists searching for environmental influences such as air or water pollution need to take these confounding factors into account when looking at autism prevalence across the globe.