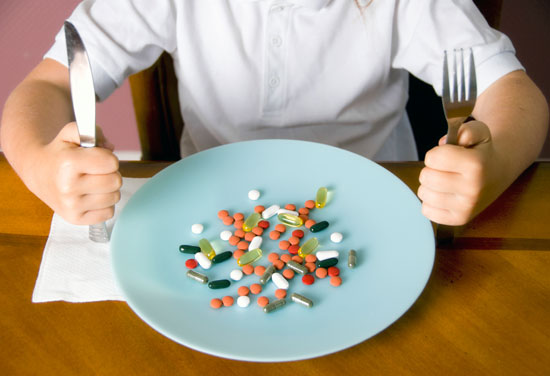 Given the dearth of drugs available for children with autism, it’s no surprise that many parents turn to complementary and alternative medicine, such as restrictive diets or vitamins.

A new survey finds that, in fact, more than one in every five children with autism uses unconventional treatments. That figure is considerably higher than 12 percent, the estimated proportion of all children in the U.S. who use alternative medicine.

At the Pediatric Academic Societies annual meeting in Vancouver on 2 May, researchers from the Autism Treatment Network said that of 1,212 children with autism they surveyed, 21 percent take at least one type of alternative medicine, and 17 percent eat special diets, usually those without gluten and casein.

Many parents claim to see dramatic behavioral improvements after taking their child off gluten, a wheat protein, and casein, a dairy protein. Despite the diet’s growing popularity, small studies of its effectiveness have not found significant benefits in children with autism.

Many children with autism have sleep trouble, including insomnia and nocturnal waking. Parents reported the sad, if predictable, fact that lack of sleep, nightmares and sleepwalking can lead to more emotional problems during the day.

Nearly half of the parents say their children have gastrointestinal symptoms, such as constipation, diarrhea and nausea. The number of children with problems apparently worsens with age.

Like the sleep and mood connection, I wonder how we can parse cause and correlation. It seems likely to me that children with gut problems would be on special diets, and more likely to have fretful sleep.