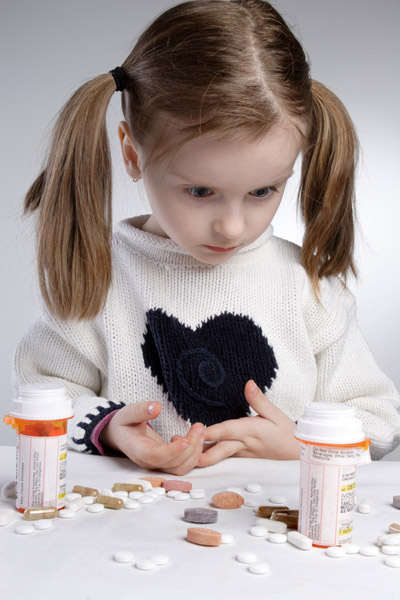 It’s no secret that doctors in the U.S. write more prescriptions for children and young adults with autism than do their counterparts in the U.K.

A new study, published 17 May in the journal Psychopharmacology, suggests that that a more conservative medical culture in the U.K. may explain the discrepancy.

The researchers found that U.K. physicians prescribe drugs to 29 percent of children and young adults with autism in their care. A 2008 study found that their U.S. counterparts medicate about 56 percent of the same population in the U.S.

The new study used data from The Health Improvement Network, a U.K. database of 3.6 million people, roughly six percent of the nation’s population. The researchers looked at 5,651 people younger than 25 diagnosed with autism between 1992 and 2009.

They found that U.K. doctors are less likely than U.S. doctors to prescribe drugs to people with the disorder, and to diagnose illnesses that commonly occur with autism, which also often lead to prescriptions.

The study focused on prescriptions for drugs that alter chemical messengers, or neurotransmitters, in the brain. These drugs do not treat the core symptoms of autism, such as repetitive behaviors, but alleviate symptoms such as irritability or sleep disturbances to improve quality of life.

U.K. doctors most commonly prescribe sleep medications, psychostimulants and antipsychotics, according to the new study, with some children taking more than one drug.

However, the only two drugs approved in the U.S. for irritability associated with autism, risperidone and aripiprazole, are not approved for that use in the U.K.

Another factor may be that doctors in the U.S. diagnose many more cases of attention deficit hyperactivity disorder in children with autism than U.K. doctors do. Once diagnosed with both disorders, however, children in both countries take psychostimulants at about the same rate.

U.K. doctors typically prescribe sleep aids — another type of medication commonly prescribed for children with autism — only for severe cases, the researchers say. However, their preference for these sedatives is climbing, as are prescriptions for psychostimulants. It’s possible the two go hand in hand, because psychostimulants tend to keep people awake, the researchers suggest.

Still, compared with their peers in the general U.K. population, children with autism are about ten times more likely to take prescription drugs. The long-term effects of these medications are unknown, so more research is sorely needed.