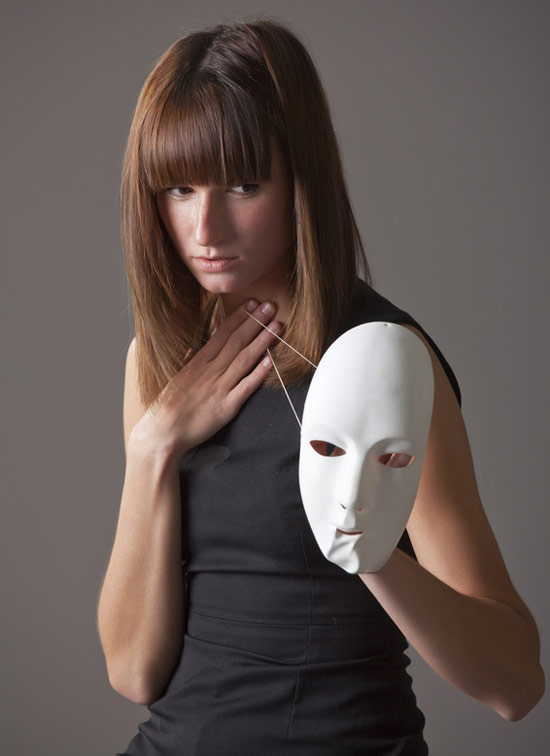 If autism is an enigma wrapped in a riddle, then the question of why so many more males than females have the disorder is its central mystery.

But few studies have explored how subtly different symptoms in higher-functioning females may mask their disorder and cause them to be diagnosed later in life.

A new study tackles the question head-on by looking at 33 men and 29 women between 18 and 45 years of age. The researchers turned up some interesting results, in particular the paradoxical finding that though the women show fewer symptoms of autism on gold standard diagnostic tests, they self-report more symptoms than the men do.

In other words, though they seem less affected, they feel more impaired than the men.

Because the women in the study communicate more fluently and seem to function better socially, they may be more self-aware than men with the disorder, the researchers suggest. This may have helped the women learn to copy others, and purposefully disguise their symptoms.

Based on interviews with both individuals with autism and their childhood caregivers, the researchers found no difference in early development between males and females with the disorder. For example, there is no association between sex and language delay, although women with a history of language delay score significantly lower than men on tests measuring non-verbal intellectual abilities.

Interestingly, however, females scored significantly higher when the researchers pulled out and analyzed questions measuring ‘unusual sensory responses’ such as an acute sensitivity to noise.

Women with the disorder have just as much trouble as men in interpreting others’ emotions, as measured by the Reading the Mind in the Eyes test. They also score low on the Empathy Quotient, a 50-item questionnaire that measures their ability to pick up on others’ feelings.

Still, their ADOS scores indicate less severe forms of autism. That may be because current diagnostic tests are designed to pick up symptoms seen in boys and miss many girls with the disorder, as I wrote in a news story last month.

Individuals who learn to conduct reciprocal conversations, use gestures and appropriate facial expressions, and make eye contact tend to score low on the ADOS, the researchers say. In effect, women with the disorder seem to have learned to camouflage their autism to a remarkable degree.

As this is one of the first studies to look at sex differences among high-functioning adults with an autism spectrum disorder, the results will need to be replicated.

However, if it’s true that some women with autism learn to hide their disability, and to function at a level that others perceive as normal or nearly so, then perhaps researchers ought to ask them whether this makes them more or less happy.

Other groups have found the closet to be a lonely place. It would be interesting to see if women with autism feel the same.