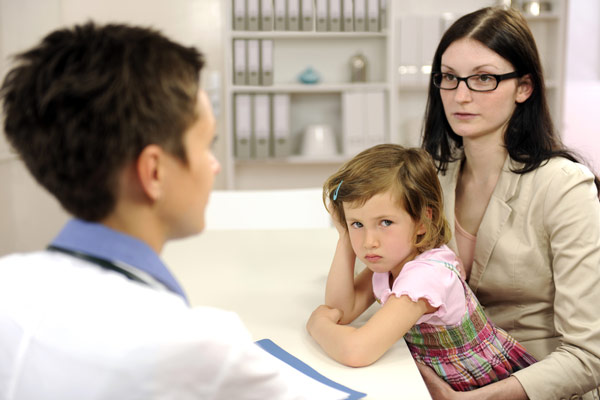 Children with autism are typically diagnosed at about age 4, when social deficits and other symptoms set them apart from their classmates. But some children show subtle signs of the disorder as early as 6 months of age. Recognizing these signs is important: Mounting evidence suggests that early intervention can improve social and communication skills in children with autism.

The good news is that parents often pick up on these early clues, two new studies suggest, and could help doctors spot the disorder as well. The bad news: Doctors don’t always act on parents’ concerns.

One study, published last month in the Journal of Pediatrics, analyzed data from a national survey of 4,032 parents. Of these parents, 1,420 have a child with autism and 2,098 have a child with intellectual disability or developmental delay. The parents were asked to recall their concerns about their children’s development in the months or years leading up to a diagnosis.

Parents of children with autism tend to sound alarm bells earlier than those whose children have other developmental problems, the study found. But for some reason doctors are more likely to dismiss a parent’s worries about a child with autism than about one with intellectual disability or developmental delay. Clinicians may suggest a ‘wait and see’ approach, or tell the parents that their child’s behaviors are nothing to worry about.

In cases where the doctors responded by, say, referring the child to a specialist, the children tended to be diagnosed younger than those whose doctors were more reassuring. That finding indicates that ignoring parents’ qualms may contribute to delays in diagnosis.

Of course, parents’ feelings about the quality of the healthcare they received may color their recollections about how doctors responded to them. Another study, published 27 March in the Journal of the American Academy of Child and Adolescent Psychiatry, sidestepped this limitation by tracking parents’ apprehensions as they surfaced.

The study focused on younger siblings of children with autism, called ‘baby sibs.’ These children are about 20 times more likely than average to be diagnosed with autism, and some show signs of the disorder as early as 6 months of age.

Researchers interviewed the parents of 168 baby sibs, 62 of whom were later diagnosed with autism, and the parents of 69 age-matched controls with no family history of the disorder. For two years, the researchers probed parents about their concerns every three to six months. Parents reported on sleep patterns, eating and play habits, sensory sensitivities, repetitive behaviors, social skills and communication. Clinicians assessed the children for autism at age 3.

Parents of children with autism reported more concerns overall than did those of children without the disorder, the study found. And children whose parents had qualms about sensory sensitivities, play interests, motor skills, communication and social skills were more likely to be diagnosed with autism.

Taken together, the studies suggest that listening to parents can help doctors detect the earliest signs of autism. That’s not entirely surprising. After all, the tools used to screen children for autism were designed to capture parents’ concerns.

Yet only half of all clinics across the country follow the American Academy of Pediatrics recommendations to screen children for autism at 18 and 24 months of age. Perhaps researchers should now look into why doctors are not soliciting this valuable input from those who know the children best.