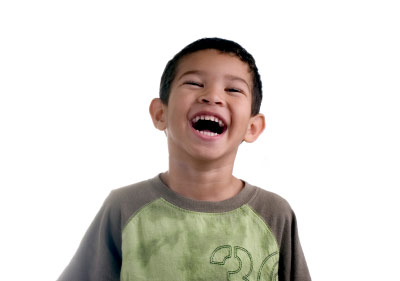 Laughter, they say, is the best medicine, and in the case of children with autism, this may well be true.

According to a new study, college students prefer the laughter of children with autism to that of typical children. The study, published in Autism on 10 August, suggests that laughter may well provide an opening for children with the disorder to connect with their peers.

In effect, children with autism seem to laugh when the urge strikes them, regardless of whether other people find a particular situation funny. It’s this unforced, spontaneous quality to their laughter that other people seem to find appealing.

Children with autism mainly produce one sort of laughter — voiced laughter, which has a tonal, song-like quality. This type of laughter is associated with positive emotions in typical controls.

In the new study, researchers recorded the laughter of 15 children with autism and 15 typical children aged 8 to 10 years. They then selected 40 laugh samples, playing them to 135 college students. The researchers did not share any information about the children, including the fact that some have autism. They simply asked the students to rate how each laugh made them feel on a five-point scale ranging from ‘strongly negative’ to ‘strongly positive.’

The study participants consistently rated laughs of children with autism more positively than those of typically developing children. Interestingly, even when researchers played only voiced laughter from the typical children to match that of the children with autism, the college students still preferred the laughter of the latter group.

Although only 19 percent of the college students thought that they could tell the difference between the two groups, overall they performed significantly better than chance at judging whether a particular laugh was produced by a child with autism.

Laughter is a powerful tool for building social bonds. These findings suggest that children with autism could be taught to use their laughter to do exactly that, say the researchers. But that seems counter-productive to me: If it is the spontaneity of their laughter that creates positive feelings in listeners, then perhaps teaching children with autism to laugh with intent might produce exactly the opposite effect.

I much prefer their laughter to remain what it seems to be now: their response to a private joke, amusing even if no one else finds it funny.