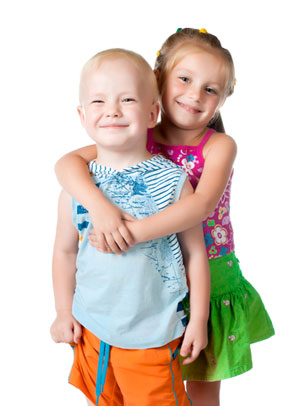 The gender differences in autism are well known, with about four times as many boys as girls diagnosed with the disorder. But the reasons for the discrepancy are unclear.

Is it because girls are genetically protected from the disorder? Do they learn to cope better with social and other deficits? Or do their symptoms simply look different, so that the diagnostic tools used to screen for the disorder don’t detect them as well?

All of these factors are likely to contribute to autism’s gender bias. A new study from the Netherlands, published 22 September in the Journal of Autism and Developmental Disorders, confirms that diagnosis often comes later for girls and women.

Studies have shown that the gender bias for Asperger syndrome, a form of autism in which people have normal intelligence and language, is even greater than that for autism overall, with nine times as many boys diagnosed as girls. So the researchers looked at the timing of diagnosis among the subtypes of autism, surveying 2,275 males and females with classic autism, Asperger syndrome or pervasive developmental disorder–not otherwise specified (PDD-NOS), a milder form of autism.

They found that girls with Asperger syndrome are diagnosed an average of 1.8 years later than boys. Neither classic autism nor PDD-NOS showed significant differences in time of diagnosis between boys and girls.

The results are even worse in adults. Among women older than 18 years, classic autism is diagnosed an average of 4.3 years later than in men, the study found.

The researchers speculate that the delays either reflect bias on the part of the clinician, or the fact that these girls have different social issues than boys. For example, boys with autism often don’t have best friends, but girls with the disorder may have best friends who are younger.

Delayed diagnosis of autism in women may be tied to changes in the diagnostic criteria in the 1980s, the researchers say. Many of the adults in the study were diagnosed according to an earlier definition that was based on the disorder’s symptoms in males.

Some of the delay may also be the result of other differences — such as the age and severity of symptoms — between boys and girls in the study. They also highlight the need to include more females in autism research.