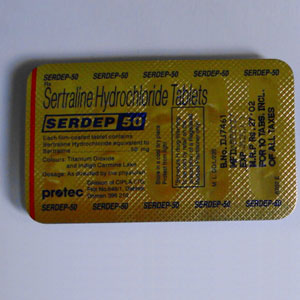 Many children with fragile X syndrome, an inherited form of intellectual disability linked to autism, are prescribed antidepressants and other drugs to soothe irritability and anxiety, two common and often debilitating symptoms of the disorder.

A new study, published in the annual issue of Autism Research and Treatment, hints that those drugs may improve other symptoms — notably language deficits — as well.

Randi Hagerman and her collaborators looked at the medical charts of 45 children, aged 12 to 50 months, with fragile X syndrome. The children had been seen at the Fragile X Research and Treatment Center at the University of California, Davis MIND Institute.

The researchers found 11 children whose language skills had been measured before and 9 to 12 months after taking the antidepressant sertraline, and compared them with 34 controls matched by age, autism diagnoses and language skills. The control group did not take sertraline (sometimes marketed as Zoloft) because the parents declined, the child had a negative reaction to the drug, or the child was treated before sertraline use was recommended for this disorder.

The researchers found that all children showed improvements in their language skills, as would be expected with age. But the 11 children who took sertraline improved significantly more than the controls did, both in their ability to understand language and in their ability to communicate verbally or through gestures.

The researchers say the findings point to the need for large, rigorous clinical trials of sertraline for children with fragile X syndrome.

The study has obvious limitations. It was retrospective, meaning that the researchers looked at existing data rather than generating their own, and included only a few children. Most importantly, it was not placebo-controlled, meaning that the parents knew whether their children were taking the drug. Parents’ strong desire for a treatment to work can influence how they view their child’s anxiety and behavior.

Even the results of placebo-controlled trials of drugs often fail to hold up in larger studies. Despite promising early results, a large clinical trial of the antidepressant fluoxetine, published in 2009, found that the drug does not significantly improve repetitive behaviors in people with autism.

If the sertraline findings are confirmed, it’s unclear whether the drug acts indirectly, improving language skills by alleviating the child’s anxiety, or more directly, perhaps by enhancing neuronal connectivity or the birth of new brain cells. Other drugs in the same class as sertraline have been shown to boost the number of new neurons.