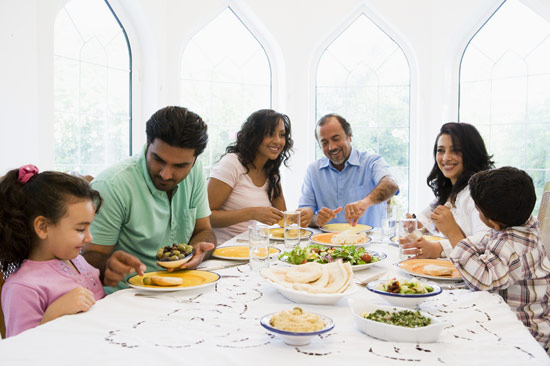 At scientific meetings over the past year, I’ve heard geneticist Christopher Walsh describe his studies of neurodevelopmental disorders in cultures very different than our own.

Walsh, a soft-spoken man, invariably points out that though marriages between first cousins are frowned upon in the U.S. and western Europe, they are common throughout much of the world — and can help researchers like him pinpoint genetic risk factors for various diseases.

The increase in the risk for genetic disease isn’t huge when cousins marry — 97 to 98 percent of offspring are healthy — but it may explain ‘silent’ mutations carried by unaffected parents that give rise to disease in their offspring. Walsh and others suspect that, in some cases, autism may be a recessive disorder in which a child inherits one faulty copy of a gene from each unaffected parent.

A new study of intellectual disability proves this point. A team of researchers based in Canada, Germany, Saudi Arabia, Pakistan and Iran used genome-wide sequencing to pinpoint a gene, MAN1B1, responsible for mental retardation in five families. Four of the families are in Pakistan and one is in Iran. Each has more than one child affected by intellectual disability.

Only some of the children are severely affected. For example, the Iranian family has three affected children, aged 11, 23 and 25 years. The 11-year-old experienced only slight developmental delays, speaks well and can dress and wash himself, but his 25-year-old sister did not walk until age 4, is aggressive and has a history of seizures. The 23-year-old sister is slightly more intellectually disabled than her younger brother, and shows aggressive behavior like her sister.

When the researchers sequenced the genomes of each member of the five families, they found a critical region likely to harbor a mutated gene in unaffected parents and affected children.

Narrowing down the search to a handful of genes eventually produced a strong candidate — MAN1B1 — which codes for a ‘quality control’ enzyme that scans proteins after they are created in cells. As in other recessive genetic disorders, the affected children inherited a mutated copy of this gene from each parent. Stuck with two disabled genes, they are unable to manufacture the enzyme, giving rise to their symptoms.

As Walsh and others repeatedly point out, autism is an exceedingly heterogeneous disorder and its causes are no doubt as varied as its symptoms. Recessive genetic mutations like the one identified in this study won’t explain all cases of autism. But focusing on these kinds of families will lend a voice to those few silent mutations.