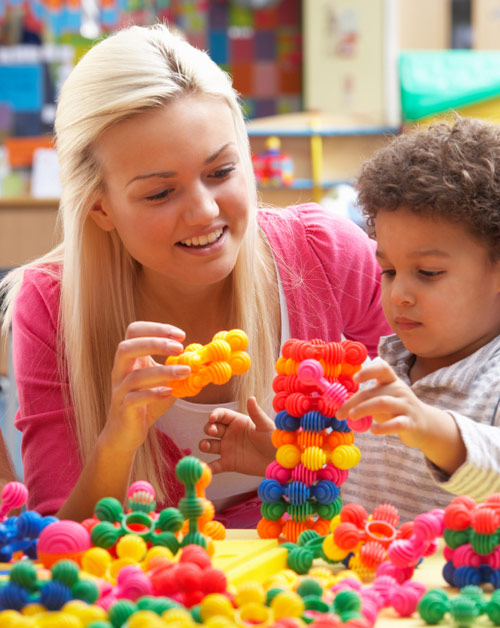 Parents are a child’s first teachers, but in infancy this pedagogy comes in the form of what seem to be purely social interactions. Parents instinctively speak in a different pitch to capture their baby’s attention, point to objects and people, and otherwise work hard to engage their child’s attention.

Infants are far from passive learners, however: They actively attempt to enlist the attention of their parents and caregivers by gazing at objects or pointing to them. Impairments in this ‘joint attention’ are one of the earliest warning signs of autism.

A new study published online 30 August in the Journal of Child Psychology and Psychiatry has found that preschool teachers can help jumpstart joint attention skills in 2- to 5-year-old children with autism by modeling behaviors such as showing and pointing, and enthusiastically responding when the children mimic these behaviors.

The study was based in Norway, where 90 percent of children aged 2 to 5 years, including those with autism, attend full-day education programs. However, children with autism also receive one-on-one support and training in communication and social skills in the classroom.

The researchers tested whether preschool teachers who have no formal training in autism could apply a targeted joint attention intervention, developed in 2006, to improve social skills in children with the disorder.

Counselors from child and adolescent mental health clinics trained more than 30 teachers in the regular preschool program in a six-hour session. The intervention includes 5 minutes of ‘tabletop’ play, in which the teacher actively models a joint attention behavior such as pointing, followed by 15 minutes of floor play, when the child is encouraged to repeat the skills he or she has learned.

The study found that 30 children who participated in the eight-week, twice-daily intervention were five times more likely to spontaneously engage a teacher’s attention compared with 30 controls. This is an important finding, the researchers say, because similar programs have not had much success in getting children to initiate engagement with caregivers or counselors.

A study last year of 6-month-old siblings of children with autism, who are at a higher risk of developing the disorder, reported that they are less likely to look toward their mothers, spontaneously engaging her attention, while learning a new task. Other studies have reported similar findings in older high-risk siblings.

Although the new study is small, its findings suggest that a simple targeted intervention can prevent further erosion of this fundamental social skill.

A new study by the researchers who developed the intervention suggests that joint attention skills develop in a different sequence in children with autism than in controls. It only stands to reason, then, that behaviors that come naturally to parents will need a bit of tweaking as well.