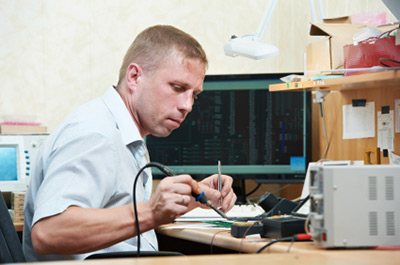 Landing a paying job is hard enough for a person with autism, but keeping it can be even more challenging. Concerned with the high rate of unemployment among young people who have autism, attention deficit hyperactivity disorder (ADHD) or both, researchers in the Netherlands investigated the factors that help people get — and maintain — jobs.

The new study, published 18 June in Research in Developmental Disabilities, finds that independent living, community support and high levels of motivation are the factors that help people with autism find and keep jobs.

The researchers surveyed 563 young adults with autism or ADHD who had applied for disability benefits with the Dutch Social Security Institute. Of the group, 278 have autism, 174 have ADHD and 111 have both. The participants, aged 15 to 27, applied for social security because they were unable to secure jobs that paid at least minimum wage.

The researchers found that people with autism are nearly six times as likely to find a job if they live by themselves or with a partner than with family or in a group house. And those who live with family are more than twice as likely to land jobs than those in group houses. The same trends hold true for keeping a job longer than six months.

Also, according to the surveys, people with autism who expect to work full time and are highly motivated to find a job have more success doing so than their less-motivated counterparts do.

Interestingly, a 2012 review of 18 articles found that a high intelligence quotient (IQ) is the only significant predictor of people with autism finding permanent employment. But the new study found that IQ does not factor into finding or keeping a job.

The researchers note that some participants may have not pursued work because they were still in school during the study. Also, an insurance physician verified the medical codes for each person’s condition, but did not confirm diagnosis.