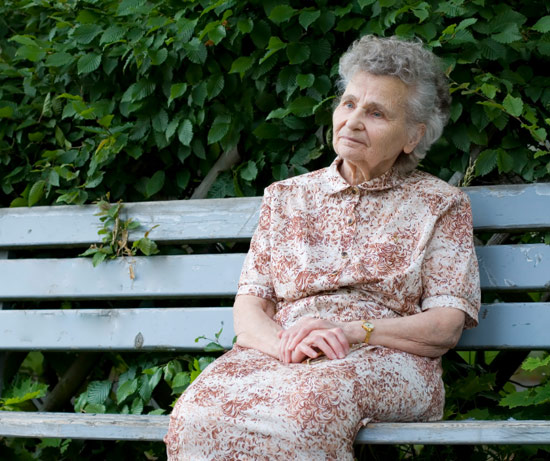 Among the elderly, autism is a nearly invisible malady, usually ignored, sometimes misdiagnosed, and rarely treated.

A group of researchers in the Netherlands undertook a review of the scientific literature and found only three papers on late-in-life autism. Next, they looked at screening and diagnostic tools for autism and found that many are unsuited to older people because they focus on developmental milestones too far in the past for most to remember.

Their case studies show that elderly people with high-functioning autism or Asperger syndrome are usually diagnosed after a major life change disrupts their routines, fueling anxiety, depression and irritability. These comorbid conditions may also mask the primary autism, however, which is why better diagnostic tools for elderly adults are needed.

Today’s senior citizens were children when Leo Kanner’s groundbreaking paper on autism was published in 1943. The Austrian physician Hans Asperger published his analysis a year later, but it took decades for his work to come to the attention of the English-speaking world. Asperger syndrome was not included in the Diagnostic and Statistical Manual of Mental Disorders until 1994, 14 years after autism was added.

As a result, senior citizens with Asperger syndrome or high-functioning autism are unlikely to have received a diagnosis early in life. Instead, they probably lived much as did the three men described in a November paper, published in International Psychogeriatrics.

Aged 72, 78 and 83 today, all three of the men described in the paper married and had children, although family members describe them as remote, rigid, inflexible about meal times and other family routines, irritable and socially awkward. Each worked in a technical profession. None had friends, though one, Mr. H, enjoyed sitting quietly by himself in the company of others.

After Mr. H’s wife died, he began shaving and grooming himself repetitively, though he preferred not to get out of bed. Mr. B was admitted to a residential psychiatric facility because his wife could no longer deal with his rages and unpredictable behavior. Mr. V, married for 53 years, was brought in by his wife after their son was diagnosed with pervasive developmental disorder and she connected his diagnosis with her husband’s behavior.

Over the past few years, as autism rates have crept ever higher in the U.S. and in Western Europe, talk of an autism epidemic has become common. But there are places where autism is diagnosed rarely, if at all — not because people there are immune to the disorder, but because it goes undetected.

The past, it seems, is one of those countries.