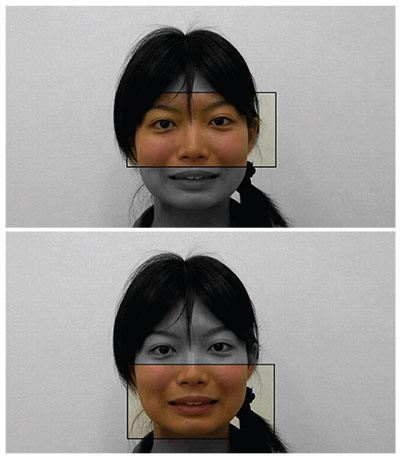 Boredom, tiredness, hunger and stress can all set off a yawn. People can even ‘catch’ a bout of yawning when they see or hear another person in the throes of the involuntary gesture, a phenomenon known as social yawning.

Researchers speculate that this shared behavior is a form of empathy that strengthens the bonds of a group: One drowsy person’s yawn that triggers others to do the same could lead to a unanimous call for bedtime, for example. Humans aren’t the only species to yawn sympathetically: Dogs yawn in response to human yawns, and chimpanzees and baboons yawn in concert with one another.

Children with autism apparently don’t respond to social yawning, however, prompting some researchers to blame their well-chronicled struggle with empathy.

A new Japanese study suggests that, instead, children with the disorder miss facial cues, such as closed eyes, that make yawning contagious. The study was published 22 July in Autism Research and Treatment.

The researchers say children with autism miss those cues because they avoid looking at people’s faces. But that may not entirely explain it. For example, a small 2009 study found that typically developing children yawn even when they’ve only heard another person do so, but children with autism do not.

In the new study, the researchers set up two experiments to determine whether children with autism look at others’ faces enough to catch a social yawn.

In the first test, 26 children with autism and 46 controls wore eye-tracking devices while watching video clips of people either yawning or remaining still. The researchers asked the children to count how many people in the clips were wearing glasses to make sure they looked at the people’s eyes. The video showed the person yawning only when the eye tracker verified that the children had fixed their gaze on the eyes.

In the second test, 22 children with autism and 29 controls watched video clips, this time counting how many of the people in the videos had beards. Once again, the yawning sequence played only when the children focused on the mouth area.

Overall, about 30 percent of the children with autism yawned in response to the videos of yawning people — a rate equivalent to that of controls. This suggests it’s not an inherent lack of empathy in children with autism that’s to blame for their lack of social yawning, but rather their inattention to facial cues. When they are directed to look at faces, as in these experiments, they behave just as controls do.

Also, in both tests, all of the participants yawned more while watching the clips of yawners than those of static faces. This suggests that when coaxed to look at a person’s face, children with autism yawn reflexively just like controls do.

The researchers suggest additional studies on contagious yawning in people with schizophrenia, who also struggle with social yawning, to better understand the phenomenon.