Infants with autism smile less at 1 year of age 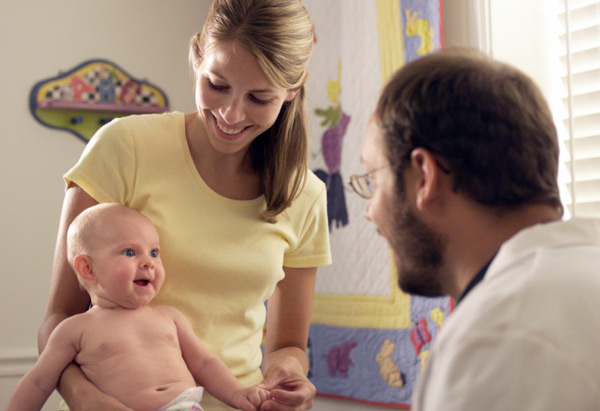 For babies who cannot yet speak, smiling is key. Grins convey an infant’s emotional state and well-being and can help get a parent’s attention and care.

A new study reports that by the time they turn 1, infants who are later diagnosed with autism smile less often than those who do not develop the disorder. That suggests that reduced smiling may be an early risk marker for the disorder.

In the study, published 13 August in the Journal of Abnormal Child Psychology, researchers examined 22 typically developing infants with no family history of autism and 44 infant siblings of children with the disorder. These so-called ‘baby sibs’ have an increased risk for autism. In the new study, half of the 44 baby sibs later developed autism.

The researchers followed the children over time, measuring how often and how long each infant smiled in videos taken at 6, 12 and 18 months. They videotaped the infants as a trained examiner administered a behavioral assessment called the Autism Observation Scale for Infants. They then assessed the children for autism diagnosis at age 3.

At 18 months, the babies later diagnosed with autism continued to smile less than the other baby sibs. Surprisingly, at this age, typically developing infants actually smile less than the baby sibs without autism and slightly more than those with the disorder (although neither difference is statistically significant). This is consistent with the results from another study, in which parents rated their 24-month-old baby sibs without autism as being more extroverted than typically developing babies of the same age.

Overall, the findings agree with the growing evidence that children with autism smile less during their first two years of life than controls do. But the study provides a more rigorous standard than most: Many previous studies used home videos to look back at how often children with autism smiled as infants. Home videos are problematic because parents tend to make recordings when their children are happy, the researchers note.

The new study employed a stronger study design by assessing infants at more than one time point and in a controlled environment. Although the sample size was relatively small, the study picked up differences in smiling among baby sibs.

That’s important because clinicians often struggle to identify those baby sibs who will later develop autism versus those who may display autism-like traits but won’t develop the disorder.