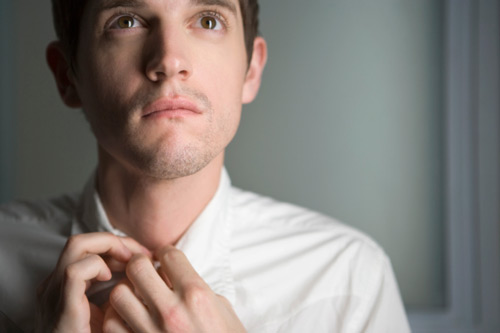 Navigating adolescence is not easy for anyone, but people with fragile X syndrome may find it especially difficult.

People with the syndrome struggle with the very skills that might help them cope with change — something researchers refer to as ‘adaptive behavior.’ This set of skills, ranging from getting dressed to being able to talk easily with others, allows people to function independently.

Most people learn these skills beginning in childhood and improve as they get older. But people with fragile X syndrome may not learn as many adaptive skills as controls, according to a study published 28 July in Pediatrics.

The study followed 275 children with fragile X syndrome and 225 controls, all ranging from 2 to 18 years of age, every two to four years. The researchers evaluated their adaptive skills using the Vineland Adaptive Behavior Scales, a questionnaire filled out by parents or caregivers.

Overall, the children with fragile X syndrome have lower scores for adaptive behavior than the controls do.

Girls with the syndrome become worse at communicating as they get older, but their social and daily living skills stay stable.

In contrast, boys with fragile X syndrome have lower adaptive behavior scores for communicating, socializing and daily living skills as they age. The reason for this gender difference is unclear, but it might be that girls are generally less affected by the syndrome. (The gene involved is located on the X chromosome, so the extra copy in girls may compensate.)

Interestingly, social ability is the most stable of the traits among boys. In May, I wrote about how social deficits in children with fragile X syndrome are often lumped together with those seen in children with autism. And on a superficial level, the two do seem similar — for example, both sets of children avoid making eye contact.

But clinicians often notice that in fact, children with fragile X syndrome act aloof more as a result of social anxiety than the social disinterest that is often reported in autism. They may avoid eye contact, for example, but will look at people once they turn away.

The researchers point out that one way to help children with fragile X navigate adolescence is to bolster their adaptive skills. The results suggest that their social skills may be particularly amenable to improvement.

Correction: This article has been modified from the original. The wording has been changed to correct the implication that people with fragile X syndrome lose previously acquired skills. Instead, they don’t keep pace with the typical development of new skills.