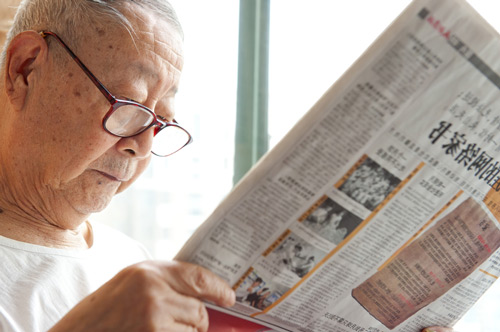 Newspapers in the U.S. are replete with stories about autism. That’s not necessarily the case in many other parts of the world, where autism tends to be unknown or misunderstood by both the public and health professionals.

In China, newspaper coverage of autism has increased over the past decade, according to a new study, but those media reports often do not discuss scientific facts, and they cite family members of people with the disorder more often than health professionals or researchers. That could send the message that autism is a family issue, rather than a medical or societal one, the authors say.

The study, published 29 July in Health Communication, analyzed the content of 795 news stories containing the Chinese words for ‘autism’ and ‘lonely disease,’ a name sometimes used to refer to the disorder. The articles were published between 2003 and 2012 in five of the country’s most popular daily newspapers.

The researchers categorized the articles based on their topics, such as scientific research, charity and fundraising, medical infrastructure and incidents involving people with the disorder. They also examined the sources cited or quoted, the news stories’ treatment of autism’s causes and interventions, and whether the articles adopted an objective, scientific tone or an emotional one that presented individual experiences.

The analysis revealed that the amount of autism coverage in the papers increased about sixfold between 2003 and 2012. Charity and fundraising was the most popular topic, discussed in around 28 percent of the articles, followed by infrastructure in 16 percent and science in 14 percent of stories.

The researchers did a more thorough analysis of the 444 articles that had autism as the main focus. Those articles cited family members of people with the disorder more than any other source, including academics, government officials and health professionals. Only about 10 percent of the stories discussed autism’s causes, but when they did, they usually attributed the disorder to genetics or complex or unknown factors, a relatively accurate reflection of current scientific thinking.

About one-third of the 444 articles mentioned interventions, typically focusing on institutional care. In China, most institutions that provide care for children with autism, such as rehabilitation centers or special-education schools, are created and run by parents and often lack professional support. Less than 40 percent of the articles about autism used scientific language or personal narratives.

Overall, the articles portray people with autism as helpless individuals in need of charity, which may contribute to the stigma associated with autism, the authors say.

On the upside, it’s encouraging that coverage of autism in China is on the rise and that the science that is discussed, however infrequently, tends to be accurate. Improving the number and quality of stories with accurate information could go a long way toward boosting public awareness.