How redefining autism could improve research on the condition 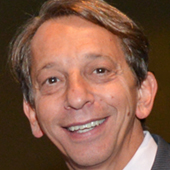 Some of the answers have been modified to include further points from Ami Klin.

Autism is typically thought of as a collection of traits: restricted interests, repetitive behaviors and difficulty with social communication. But by the time those traits can be detected and a child diagnosed with autism — around the age of 4, on average, in the United States — she has missed out on months, if not years, of therapy when her brain is most flexible.

Despite more than a decade of research aimed at improving early detection, the average age of autism diagnosis has not budged. Part of the problem lies with how the condition is defined, says Ami Klin, director of the Marcus Autism Center in Atlanta, Georgia.

In a paper published in September, Klin and his colleagues call for autism to be redefined based on the latest scientific evidence, which indicates that it is highly heritable and present from birth. Rather than thinking of autism as a collection of traits, Klin says, researchers, clinicians and policymakers should think about it as a genetic condition that alters how a child perceives and interacts with others, one in which early life experiences can shape the severity of its core traits.

Klin spoke with Spectrum about how adopting this new definition of autism might foster earlier diagnosis and treatment.

Spectrum: What inspired you to try to redefine autism?

Ami Klin: There is a major and troubling gap between our societal investments in early autism diagnosis and treatment, and the opportunities afforded by the science of early brain development. My colleagues and I follow babies from the time that they’re born, and we see them monthly until they are diagnosed with autism, or not. We see the immense change that happens during that period and the enormous impact that interventions have. And yet most children with autism cannot access services or interventions until after they receive a diagnosis — and after this period of maximum brain plasticity has ended.

In our paper, my colleagues and I are not critiquing the definition of ‘autism spectrum disorder’ that’s in the current edition of the Diagnostic and Statistical Manual of Mental Disorders. Our concern is that the way we have defined autism over the years makes it seem like an inevitable outcome. But what the science has been showing to us is the opposite: Autism is a trait that is genetically based. And with that trait comes an attenuated ability to interact with others, which can disrupt early social experiences and eventually lead to symptoms that we now call autism spectrum disorder. But whether or not that genetic ‘risk’ results in a lifetime of disabilities is critically dependent on early life experiences.

S: What led to the ‘inevitable’ view of the condition?

AK: By necessity we had to define autism as a collection of behavioral traits so that we could all diagnose autism in a uniform way, and so that people with autism could receive treatment and services. That makes complete sense in clinical practice.

But viewing autism in this way has two implications: First, if it is a genetic ‘disease,’ the associated traits are viewed as inevitable. And second, progress can only come from discovering the cause of the disease.

We contend that autism cannot be viewed in this way. First, the genetics of autism is extremely complex, with hundreds of implicated variants, most of which are still unknown. Second, it is unlikely that we will map specific genetic abnormalities to specific traits of autism. Rather, genetic vulnerabilities, not unlike other vulnerabilities such as extreme prematurity, may lead to diminished sociability in the baby, which in turn disrupts social and communication development, eventually leading to the condition we call autism.

That is why we believe that autism is best seen as a ‘trait’ rather than a ‘disease.’ Early intervention can help ensure that this trait does not become the lifetime disability we have learned to associate with autism.

S: Why is it important to have a definition of autism that encourages early diagnosis and treatment?

AK: The greatest costs to the child and family, and to the health and educational systems of autism, are the associated intellectual and language disabilities and severe behavior challenges. These disabilities are not part of the definition of autism. For many children, these negative outcomes result from the inborn autism trait in the absence of early treatment, when disruptions to socialization processes lead to an ever-growing divergence in behavior and skills relative to typical development.

What my colleagues and I want others to recognize is that autism breaks this process. Our studies have shown that infants later diagnosed with autism may be missing tens of thousands of social learning experiences over the course of the first two years of life. Every experience they miss was an opportunity to move brain development forward.

If they miss too much, eventually, they will be on a different developmental trajectory. That means not only socializing less, but also doing other things that eventually come to resemble the classic traits of autism.

That’s why we can first identify the classic markers of autism only in the second year of life, and stably by the third year of life. But that doesn’t mean the process begins there. You begin with a disruption. And what we are seeing when children are diagnosed is the culmination of that disruption, not the onset.

S: How do socioeconomic disparities play into this problem?

AK: Children with autism who are from traditionally underserved communities — in particular minority, low-income and rural populations — are identified later than their white peers. And we see the result of that: By age 8, the rate of intellectual disability among [autistic] Black children is almost double that of [autistic] white children. There is little evidence to suggest that this is due to genetic differences, and a lot of evidence indicating that this might have to do with early access to services.

These disparities are only a reflection of the healthcare disparities that exist across the board, across different races and different socioeconomic sectors. However, because autism is a trait that is instantiated in the early experiences of the child, that environment ends up aggravating the expression of the condition.

S: How might your redefinition of autism shape research?

AK: What I would like scientists to take away from this paper is that we need not wait for discoveries of autism’s causes in order to have the greatest positive impact for autistic children and their families.

If we take our current science of early brain development seriously, then we need to better understand how genetic risk interacts with environment factors. We need a much better understanding of the active ingredients that disrupt social development, and better ways of ameliorating it.

We also need to make sure that we strengthen the evidence base of early intervention. Unfortunately, that literature is still not robust enough.