How polygenic scores can improve predictions about autism, schizophrenia 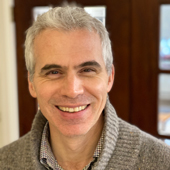 Jacob Vorstman
Associate professor, The Hospital for Sick Children
Sign up for Spectrum's newsletters
Thanks for subscribing!
The Expert:

Advances in genetic research have revealed that some mutations can lead to a wide array of outcomes. About 21 percent of people with deletions in the chromosomal region 22q11.2 have autism, for example, whereas about 41 percent have intellectual disability and 23 percent have schizophrenia.

These percentages reflect how this genetic variant plays out across a large population, but they say little about how it might impact an individual. That lack of knowledge raises many important questions: For instance, should a child with a 22q11.2 deletion start early intervention for autism before a diagnosis can be made? What else might this child’s future hold?

These questions frustrate Jacob Vorstman, associate professor of psychiatry at the University of Toronto in Canada, who often sees people with 22q11.2 deletions. He wants to be able to offer them more accurate predictions about their development and quality of life.

Vorstman and his colleagues developed a way to forecast the likelihood of intellectual disability or schizophrenia in individuals who carry a 22q11.2 deletion, which they described in a paper published in November in Nature Medicine. The method calculates a ‘polygenic score’ that sums up the number of common genetic variants associated with intellectual disability or schizophrenia in a person’s DNA.

The method builds on the idea that someone’s chances of having intellectual disability or schizophrenia due to a 22q deletion can be tipped higher or lower depending on how many common variants the person has that are linked to either condition. People with the highest polygenic scores should be most likely to have one of the diagnoses, whereas people with the lowest scores should be least likely. And that is precisely what Vorstman and his colleagues found

Vorstman spoke with Spectrum about how this method can give people better information about their genetic risks, and how polygenic scores might also be applied to autism.

Spectrum: What can you learn by evaluating polygenic scores for schizophrenia and intellectual disability for people with 22q11.2 deletion syndrome?

Jacob Vorstman: We already knew that, as a group, people with 22q11.2 deletion have an increased likelihood of having schizophrenia and intellectual disability. What we found is that how likely it is partly depends on the rest of the genome

For instance, individuals with a 22q deletion and a high schizophrenia polygenic risk score were more likely to have schizophrenia. Instead of a 25 percent chance, it was 33 percent.

And then you have individuals who had the deletion but had the lowest polygenic score. And that actually brought down their chance of having schizophrenia from 25 percent to 9 percent.

These numbers are still not good enough right now to be applicable in the clinic. But it’s showing the potential.

S: How could this approach be helpful for people who have a higher likelihood of being diagnosed with autism?

JV: Let’s say a child is born with the 22q deletion, and we’re able to distinguish, based on the rest of the genome, that this particular child actually has a hugely increased likelihood of autism — let’s say higher than an 80 percent chance. If we have enough certainty that this will be the outcome, then we also have enough arguments to justify early intervention.

Without that information, all you would know is that the average chance of autism for people with the deletion is around 30 percent, and so whether or not you should intervene will be up for debate. That means that if you give early intervention to 10 children with the deletion, 7 will get the treatment even though they were not going to be diagnosed with autism anyway. Given the high intensity of early interventions and the associated costs, this is an important question.

S: Is this method applicable for people with other autism-related genetic variants? And could you get a polygenic score for someone with autism of unknown genetic origin?

JV: The reason why it worked to use polygenic scores to predict likelihood in this particular group of individuals is that they already have a substantial baseline chance for either condition; any person with a 22q deletion has a 25 percent chance of schizophrenia. If we then take into account their polygenic score, it applies to that already-increased baseline chance. This combination of high baseline risk and additional polygenic risk is why we get prediction metrics that are meaningful.

Another way to explain this is to say that living in a particular city, for whatever reason, doubles your likelihood for lung cancer. If you don’t smoke, let’s say your risk for lung cancer is 0.1 percent. So, doubling it increases it from 0.1 percent to 0.2 percent, which is not very relevant from a clinical perspective.

But what if you are a heavy, lifetime smoker, and your chance for lung cancer is more like 15 percent, hypothetically. Now we apply the same metric, because you live in that same city, and your cancer chances double from 15 percent to 30 percent. Now that becomes clinically relevant.

So, can we apply polygenic scores for autism to the general population? Yes, we can. But it will not lead to anything clinically meaningful unless you are able to separate out a subset of individuals that we know, for whatever reason, are already at an increased likelihood of having autism.

In groups of people with a genetic variant that substantially elevates the likelihood of autism — and such variants are increasingly being identified — it is entirely imaginable that using the polygenic score for autism would meaningfully improve prediction of the condition. However, studies are needed to examine this. In about 10 to 20 percent of people with autism we can identify a genetic etiology; these individuals might be good candidates for such a study.

S: Are there any differences in how this would work to study autism versus what you did in the paper to study schizophrenia?

That said, we still would have liked to look at autism in this study, but we weren’t able to do it because across this sample, which is from a collection of different sites, there was not a consistent recording on the autism phenotype. So we didn’t have enough samples to do it.

S: What other applications do you envision for this method?

I find it a very important question because we see that autism and intellectual disability very often travel together. But not invariably. We know that there are people who are highly intelligent and still profoundly autistic. And we also know people who have a severe or moderate intellectual disability, but they do not meet criteria for autism because of their preserved social and communication skills. So, while they do present often as comorbidities, they’re not obligate comorbidities, and that’s an interesting observation.